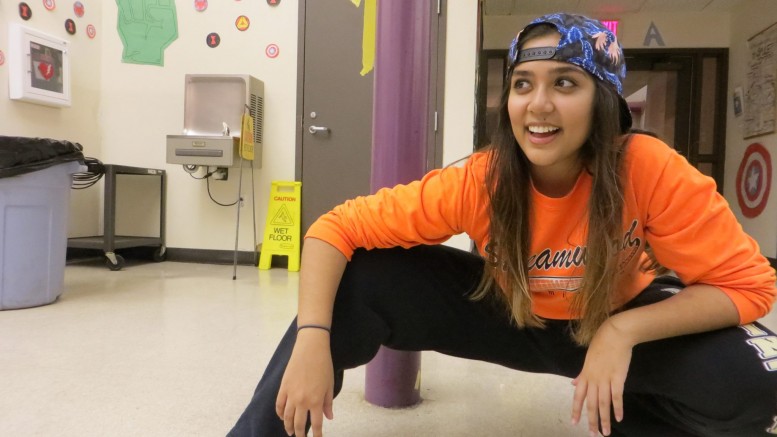 A passionate student, enthusiastic wing guide, and hard working athlete speaks on IMSA Athletics; the hardships, the hustle, the passion, and the team.

On the Stereotype: I remember I went back home and a girl from my old team was like, “Why would you bother competing if you don’t even have the summer to work on dance? You wouldn’t win anyway.” It kind of hurts sometimes when people don’t expect from us. We might not be as good as public school athletes, but we put effort into the time that we have. Like basketball team, just because they’ve lost before, doesn’t mean anything. Herschel? He tears up the court when he needs to tear it up. Sofia? She’s a beautiful setter. They all don’t realize how much work we put in, and that every player has their own asset.

On the Hustle: I never cried during a public school practice. Coaches would beat us down, and I would never cry. But at IMSA, I definitely have. Not just because we’re limited on time, but because I care so much more. I want to give IMSA a good name. I want us to be up there on the IHSA Board. I want us to be a state champion and have our names written in the gym. That’s something that gives people pride.

On Commitment: Last year, it was always, “Do we stay extra at practice? or do we go to that wing event? do we go to that dinner date?” I wanted more than anything to be a wing guide. And the fact that I would not show up to my own dinner date or my own programming while the wing guide applications were going on…it gave me stress. But I cared so much about dance, and I didn’t know what to do. Athletes need to know not to blame themselves. When they cannot get time and they are up until 5 am, it’s not their fault. They should feel proud about what they are doing.

On Unity: During the season, the team is a team. It is not only how you play on the court or dance on the court, it matter how you guys are together. There is no way you can play together and dance together if you’re not together outside of it. And you know what, Boys Basketball? You guys are a unified team. Do you see them sitting separately at dinner? For swim, yeah it’s an individual sport. But do you ever see them separate? You’re not going to work as a team if you do not know your team. You can be the greatest Olympic athlete. You can be the best baller. And the best setter. And the best dancer. But you are nothing without that team. You will not go anywhere without that team. We lose, we’re still together. We win, we’re together. We don’t blame each other when we lose. We just need to know together what we need to work on next. That’s how most teams are here, and that’s something valuable.

Be the first to comment on "Humans of IMSA: A Team Player"