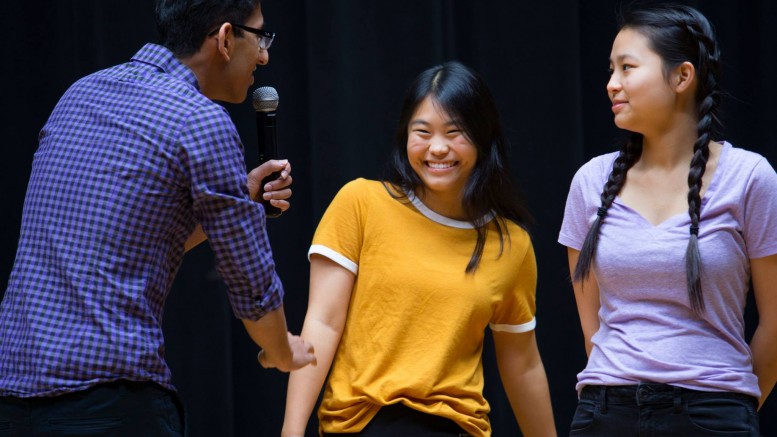 As we have all experienced, after the new year comes, we are always still writing 2015 as the date down on our homework assignments, but in February we start catching ourselves in time for the new year. As a campus, I’m sure we can agree that Lunar, next to Clash, has a high participation rate, and that isn’t just because the dances we choreograph are cool. It’s because of the fun and bonds that people make during the making and learning of the dance.This Lunar New Year, our junior class had almost ¼ of the class initially participating in the junior dance, not counting the other traditional or individual acts that some people participated in as well. Yet, what keeps them coming back for more? We choreographers have a small role within the whole production of the entire show, but here’s my take on the job.

As a choreographer, we have many responsibilities that we’re supposed to do by a certain due date, such as the lighting cues, mix, and our own attendance policy. But the one thing that we struggle with the most is assuming that everyone signed up for the dance, will participate in it. Being a choreographer sets you in a different position from your dancers, because you suddenly have this role of discipline to play, and that doesn’t put you on the most popular of sides. Yet, I still wanted to be nice, until about the last week before Lunar started. I looked at my dance and saw a range of disarrayed bodies, not in sync with each other, lacking formation and emotion. As an avid follower of many YouTube dance channels, I know what a good dance looks like, and I didn’t see that when I looked at my dance, a week before the Lunar show. Although I could use the excuse of being a jaded junior and not being able to focus entirely on the show, I knew that it was our fault for not pacing ourselves enough to be on time and less stressed with the dance overall.

For the harder girls’ dance, I tried an approach for choreographing other than freestyling to the song, since I had lost all inspiration at that point. I recruited the help of a group of girls to help me choreograph and dance. I found that this was more effective in getting a cleaner and more involved dance, but it took practice and oddly scheduled practices that everyone in the dance I felt was committed to. Regardless, all of that excited me! The bonds created during practices and rehearsals felt a lot more important and real than the actual show. The show lasted exactly 5 minutes for me, as I only participated in Junior Dance, but we prepared for that moment until it became muscle memory.

Now, the only things I remember from the Lunar experience are the little things: the odd days that I was called up by my fellow choreographers to brainstorm, dancing in the commons of a guy’s wing and making the RC feel suspicious of our activities, people looking at us through the window, the weird moments before the show when I was dancing the SDAC choreography instead of my own, and putting makeup on guys. As a choreographer instead of a dancer, not much changed within the dance itself, other than the added stress and responsibilities. But I had a much different kind of memory, and a different feeling of catharsis in the end. Stress brings you up on this frantic high that encapsulates you in this bubble in which only you can understand what you are feeling. But when you come back down, you take a look around you and feel proud of the people who participated, your fellow choreographers, and, lastly, yourself.

Be the first to comment on "A Choreographer’s Collection"