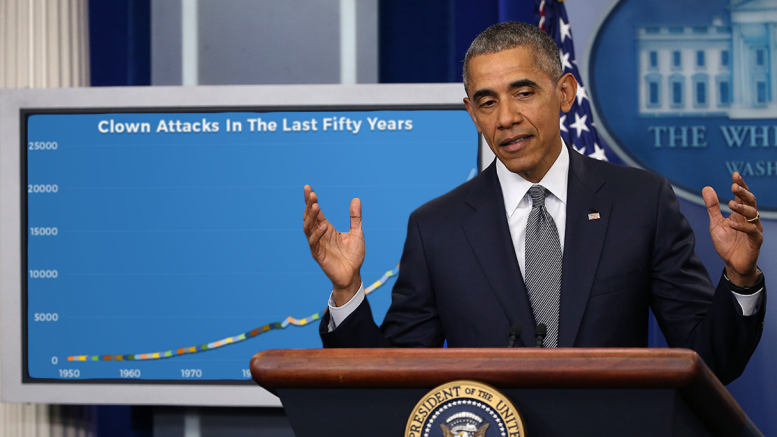 As clown attacks continue to plague America, people are becoming desperate to find a solution to this crisis. These red-nosed, grinning fiends have quickly become a controversial issue in today’s politics. Just last Monday, presidential candidates Hillary Clinton and Donald Trump tackled this topic in their second debate. On the subject, Clinton chose a more passive approach, stating, “I have faith in this country to move past this.” Trump took the opposite stance, stating “Let me tell you something, we have people to take care of this.” Just a week before this debate, a disturbing clown video was released, showing two clowns actively spooking several unsuspecting victims in a New Hampshire park. Security across the nation has increased in popular areas, especially at night.

Because of these clown sightings, IMSA officials have released a list of actions to take when approached by a clown.

1) Ask for their Clown License. If they refuse, they are an evil clown, and you must act quickly.
2) Challenge the clown to a Pokémon battle.
3) Say “zik” multiple times, hoping to annoy them enough to go away.
4) Inquire about their views on the current election.
5) Ask them where they are applying to college.
6) Jump into a classic Scooby-Doo chase scene with a catchy song.
7) Ask why they have decided to be an evil clown, because seriously – what’s up with that?
8) Call (312) 421-6700 to report terrorism to the FBI.
9) Pretend to be on your phone and walk away.
10) If all else fails, try to get them to make you a balloon animal so you’ll die happy.

Be the first to comment on "Clowns Are Terrorists"