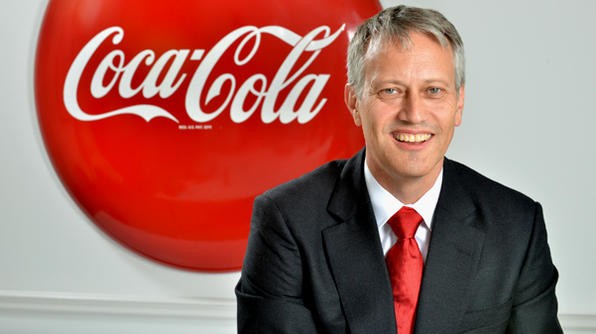 James Quincey faces challenges ahead as the new head of Coca-Cola. (Image from Coca-Cola Great Britain)

After eight years as chief executive officer of the largest soda company in the world, Muhtar Kent announced that he will step down as the CEO of Coca-Cola and make way for his top deputy, chief operating officer James Quincey.

Kent will remain chairman of the $180 billion company, but Coca-Cola is expected to promote Quincey to his new role in an effort to refresh the company’s position in a millennial-dominated era.

“James Quincey is the right person to lead Coke into the future,” stated Bonnie Herzog, a Wells Fargo analyst. “He will bring a refreshing approach to running the business. Moreover, we tend to believe that given James’ background and significant deal experience, he could accelerate Coke’s growth even further through stepped-up acquisitions over the next several years.”

One of the important skills that Quincey brings to the table is international experience. He has had various roles in Latin America and Europe, and has served as president of Mexico’s division of the company. 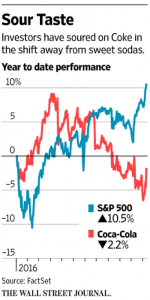 However, the new CEO has his work cut out for him. Coca-Cola looks to modernize itself amidst lagging shares and an increasingly disinterested consumer attitude, with many consumers pulling away from sugary beverages. Sales volume for Coke is down, and consumer analytics show that both Coke and its rival Pepsi are failing to appeal to the 18 to 24 demographic, despite strategies intended to attract the younger and more health-conscious audience.

With that being said, Vivian Azer, an analyst at Cowen & Co., notes that Quincey is “much more transparent about the challenges that Coke faces — in terms of concerns around their products, in particular both sugar and aspartame.”

As he settles in, Quincey plans to accelerate the development of new products. “Smaller packages, less sugar, more variants, better marketing. We’re going to adapt to the changing customer landscape,” he promises.

Coca-Cola’s refurbishment may lead to additional acquisitions of upstart brands, particularly ones that can be marketed as “healthy,” — juices, drinks, teas, and others. And although its most well-known brands include Sprite, Fanta, and Dasani water, Coke has also made recent investments into juice companies Suja Life LLC and L.A. Aloe LLC, and into the dairy company FairLife.

However, the task still remains. Consumers and an increasing number of lawmakers have grown to view many of Coca-Cola’s high sugar foods with distaste. That, along with other complicated obstacles, make some think that supporters shouldn’t be too optimistic about the soda company.

“Coca-Cola’s new CEO, James Quincey, has a lot of work to do… The company has to abandon its strategy of putting all of its brand equity into its most famous product,” Stephen Gandel of Fortune magazine points out. “On top of that, he will have to contend with Kent’s stock market legacy. While Coca-Cola’s stock has lagged a bit recently, all in all its performance has been pretty good, especially giving the headwinds facing the business.”

With Quincey as executive, the company hopes to continue this trend of modernizing its selection of products, continuously expanding their portfolio. Coca-Cola looks to break the trends in the declining soda market by diversifying its offerings and catering to the desires of its consumers.