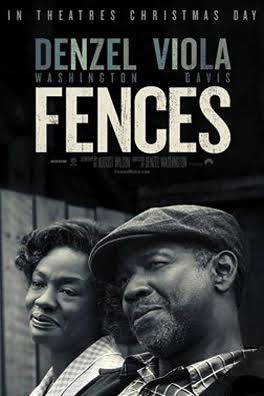 Not all movies succeed at  bringing a real story to life on the big screen, but when they do, people notice. What type of movie does this? Well, for one, a movie that has talented directors who make a story their own and skilled actors who completely internalize the personalities of different characters. These two elements fused together create an experience that the audience can relate to which, needless to say, is something the audience typically wants.

The film, adapted from the original play of the same name written by August Wilson in 1985, follows the frustrating life of Troy Maxson, a former professional baseball player who has come down from an exceptional high of playing a professional sport to a depressing and frustrating low of working as a waste collector and struggling to provide for his family. Denzel Washington not only directs the film but plays the role of Maxson, adding a dynamic of intense and tangible frustration with his lot in life, immense self-pride, evident love for his wife Rose (played by the exceptional actress Viola Davis), and courageous ownership of his actions.

These fictional events take place in the 1950s, where life is anything but easy for an African-American — not to mention an African-American man — living anywhere in the United States. While the film does not fail to bring out the dissatisfaction with life that many individuals like Maxson must have felt in the 1950s, it does not erase the fact that people are imperfect. It is a human story — a story of a father who has made some mistakes in his life and is doing his best to help his family get where he wants it to be. Boasting Washington’s acting prowess, the undeniable realness that Davis brings to the screen, and the collective dynamic that the entire cast puts together, Fences tells the timeless story that August Wilson created in his matchless play back in 1985.

Ever experienced success, failure, frustration, regret, confusion? If so, Fences is the movie for you. It’s release date is Christmas Day, December 25, 2016. Just in time, too, huh?

Be the first to comment on "Realness Brought to Life"