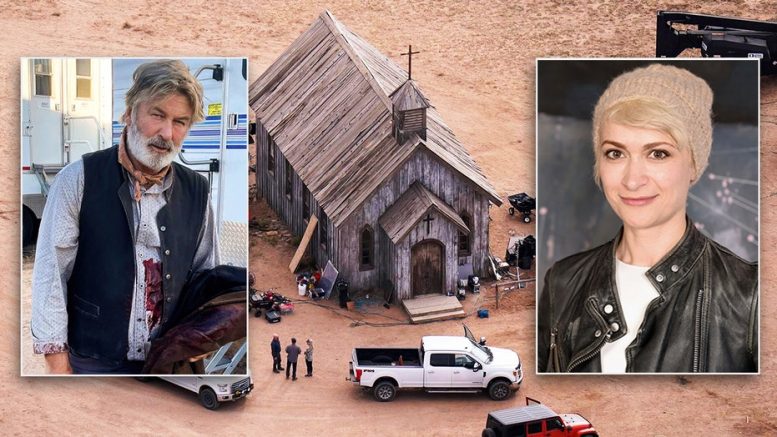 On October 21, 2021, an incident while filming the movie Rust ended in the death of the director of photography, Halyna Hutchins, and the injury of filming director Joel Souza. Alec Baldwin, one of the producers and stars of the film, was practicing a scene involving shooting a gun. David Halls, the assistant director, declared the gun was “cold,” meaning it didn’t contain any live rounds. However, a single round was shot from the gun, which hit Hutchins and Souza. Hutchins was flown by helicopter to the University of New Mexico hospital where she was pronounced dead. Souza was driven by ambulance and is on the road to recovery.

In a statement released on October 22, Hutchins’ agents described the cinematographer as a rising star in the industry: “Halyna Hutchins was a ray of light. Always smiling, always hopeful. . . She decided early on she would take the craft of cinematography by storm and the last couple of years proved she was well on her way. Her talent was immense, only surpassed by the love she had for her family. All those in her orbit knew what was coming; a star director of photography, who would be a force to be reckoned with.”

Only blanks — cartridges that do not contain bullets — are allowed on set when firearms are used as props in the television and movie industries, according to Hollywood weapons expert Larry Zanoff. Even with a blank, smoke and burning embers can be propelled out of the gun, he noted, so a minimum safety distance of 20 feet in front of the muzzle is required.

He also suggested that the weapons be inspected before and after each scene and that a safety briefing is included in the process. “We have a series of guidelines in the industry that govern the use of blank firearms and ammunition on set,” he said. “So my question is, of course, firstly, was that protocol followed?”

Interviews with Rust crew workers and records obtained by the Los Angeles Times create a picture of a tense set plagued by labor issues prior to filming. Members of the crew stated they had concerns about gun safety, money, and lodging.

“In my 10 years as a camera assistant, I’ve never worked on a show that cares so little for the safety of its crew,” the A-camera first assistant, Lane Luper, wrote in an email on October 20th to Walters the night before the shooting.

The film was set to have a seven million dollar budget to be filmed over three weeks, which is an ambitious time frame with a lower budget. On Rust, many crew members described a rushed working process.

A digital utility technician named Jonas Huerta said he expressed concerns about production issues, including safety. The night before Hutchins’ death, he sent Walters an email outlining his fears. “I also feel anxious on set, I’ve seen firsthand our [assistant director] rush to get shots and he skips over important protocols,” Huerta wrote in his email.

Investigations are still occurring with attention toward the Georgia producers of the film. There are still many unanswered questions about the prop team and the protocols that led to the death of cinematographer Halyna Hutchins.

Film Review: From Up on Poppy Hill

Be the first to comment on "Alec Baldwin “Rust” Shooting"