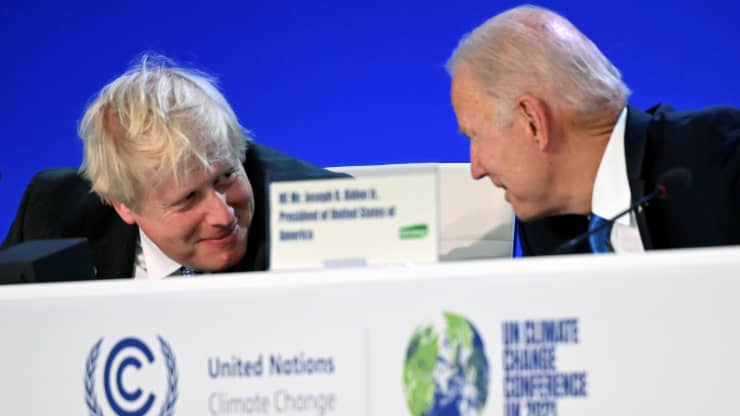 The United Kingdom recently hosted the 26th UN Climate Change Conference of the Parties in Glasgow, held from October 31 to November 12. COP26 (26th Conference of the Parties) is an international initiative aimed toward accomplishing the goals of the 2015 Paris Agreement and the UN Framework Convention on Climate Change (UNFCCC). This year, 120 heads of state and government were scheduled to attend the summit.

Signed in 2015 by 196 parties, the Paris Agreement is an international treaty on climate change that established goals to limit global warming to two or fewer degrees Celsius. The UNFCCC was signed in 1994 and aims to combat human-induced interference with the climate system by stabilizing greenhouse gas concentrations. These are the foreground goals of COP26.

Leading COP26 is the UK, strongly asserting that climate change and economic growth go hand-in-hand. This year, COP26 recognized the economic impact of the ongoing coronavirus pandemic and urged nations to implement green recoveries, tackling climate change alongside the pandemic by creating jobs and technologies in a climate-conscious manner. The first days of the summit included pledges by governments and corporations to end deforestation, eliminate funding for coal-fired power plants, and mobilize trillions in support of green initiatives.

President Biden issued an apology on behalf of the United States for retracting participation in the summit during the last administration, and the vast majority of Biden’s cabinet was present in Glasgow. He has also asked Congress to set aside $3 billion per year by 2024 for climate adaptation in developing countries. The funding will go towards a new umbrella program titled President’s Emergency Plan for Adaptation and Resilience, which will work with several different agencies to support developing nations as they combat rising seas and temperatures.

Internationally, Xi Jinping of China offered no new commitments in a written statement. He is among those not attending the summit in person along with Russian President Vladimir Putin and Turkish President Recep Tayyip Erdoğan.

Outside the UN summit, throngs of demonstrators have been marching to demand action from summit delegates. On Friday, November 5, 2021, climate change activist Greta Thunberg addressed the crowds led by Indigenous activists advocating for the climate crises facing their communities. Thunberg described the UN summit as a failure, stating that the climate crisis cannot be solved using the same methods it began with. Thunberg called the summit a “P.R. campaign” and stated that leaders are doing nothing to solve global warming, and instead continue to create loopholes and develop frameworks that benefit themselves.