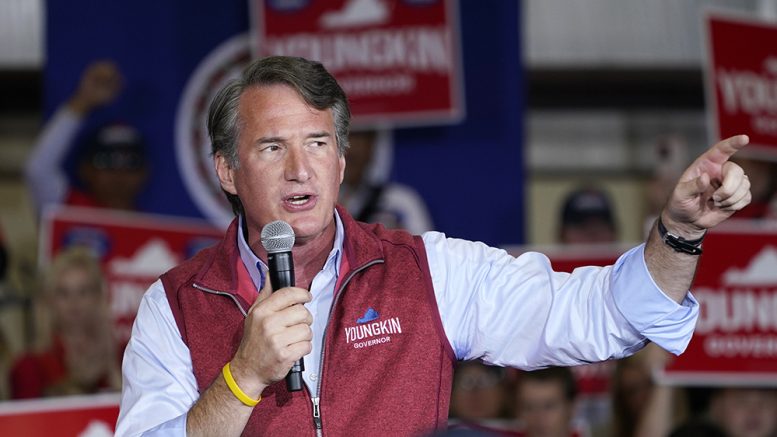 On Wednesday, November 3 at 12:30 AM, the Associated Press officially announced Republican Glenn Youngkin as the 74th Governor-elect of Virginia. Ahead by a margin of 2.5% (50.9% to 48.4%), Youngkin was able to secure the lead in this close race with Democrat Terry McAuliffe despite Virginia’s longstanding history of voting for Democrats. The governor-elect’s four-year term will begin when he is sworn into office on January 15, 2022, replacing incumbent Ralph Northam (D).

During the 2020 general presidential election, President Joe Biden (D) edged out opponent former President Donald Trump (R) in Virginia with a lead of 10 points. This continued a generational tradition of Virginia being a blue state, as the state has consistently voted for the Democratic presidential candidate in every election since 2002. However, this is juxtaposed with a contrasting statistic that is not discussed as often: 10 out of the last 11 governors have been from the opposite party to the elected president. The singular exception was Terry McAuliffe winning the 2013 election during former President Barack Obama’s (D) second term. 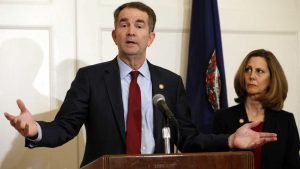 Current governor Ralph Northam has been subject to immense controversy after images resurfaced of him and a partner dressed in blackface and KKK garb in a school yearbook. With extremely low approval ratings, along with numerous calls for his resignation, the scandal may have nudged opposition voters towards the polls this year, as a historically higher turnout of Republican voters was reported statewide.

President Biden has received similarly underwhelming support from the state in recent polls, with approval ratings as low as 38% in the state despite initial support during his early candidacy.

Both gubernatorial candidates received their share of public support from presidents aligned with their respective political parties. Endorsed by former Presidents Bill Clinton (D) and Barack Obama, 2020 presidential candidate Hillary Clinton (D), and President Biden, McAuliffe received enormous support from the Democratic Party. Conversely, Youngkin recently received an endorsement from Donald Trump, and consequently faced some backlash for being associated with the former president, especially after the January 6, 2021 attack on the capitol often accredited to Trump’s rhetoric. Youngkin has also been criticized for his projected tax cuts which, according to McAuliffe, would economically cripple the Virginia public school system. 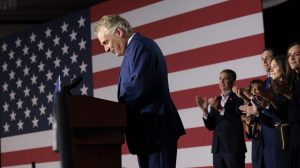 However, McAuliffe faced criticisms of his own, with Youngkin frequently connecting his opponent to “critical race theory,” a critical framework for discussing the role of race in society. Opposing GOP supporters often dub the theory innately racist, and McAuliffe has subsequently denounced any allegations of such ties. The two also clashed regarding the potential mandating of the COVID-19 vaccine, with Youngkin strongly opposing such a mandate (but still showing support for the vaccine itself).

The shifting of Virginia being viewed by both presidential and congressional candidates as a confidently blue state during elections implies major consequences in upcoming years. Because of its longtime dedication to the Democratic Party, this election yields a historic switch of Virginia back into “swing-state” status. Youngkin’s victory disrupts the cemented control Democrats have held across the majority of Northern Virginia voting districts, bringing uncertainty into the direction voters will take in the 2024 presidential election. Simultaneously, the increase in voter turnout for off-year elections yielding a Republican majority undermines many sociology predictions that increasing access to voting would unequivocally result in a Democratic majority. The future of Virginia politics, along with its effects on national politics, depends heavily on the extent to which Youngkin’s conservative ideals will play a role in his policies.

Hello, my name is Dheeran Wiggins, and I'm a Staff Writer for The Acronym, mainly contributing to the Physics column. My hometown is Winfield (from around the Naperville area), and I currently live in 1505 B-wing. Swing by anytime, and I'll be sure to make you a coffee.

Be the first to comment on "Virginia Shifts to Red: Understanding the November Gubernatorial Election"