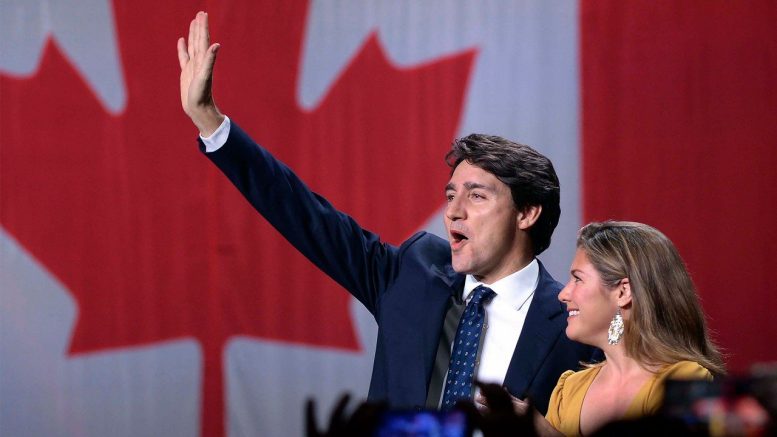 The 44th Canadian general election (officially the 2021 Canadian federal election) took place on September 20, 2021, with members of the House of Commons elected to the 44th Canadian Parliament. When Prime Minister Justin Trudeau requested the dissolution of Parliament for a snap election, Governor-General Mary May Simon issued the writs of election on August 15, 2021. Voters have focused on climate change, COVID-19, housing affordability, and gun control as pressing matters. Still, Trudeau has another problem in that few Canadians felt the need for this election.

A significant topic of his opponents’ campaigns was criticism of Trudeau’s decision to call an early election, particularly in light of the COVID-19 pandemic in Canada. Commentators also observed a lack of public support for a snap election. Trudeau claimed that the objective was to get a strong mandate for his Liberal Party to lead Canada out of the pandemic and back to normalcy.

However, many Canadians felt that his actual goals were only political opportunism. Voters thought he was attempting to reclaim the Liberals’ parliamentary majority, which they held until the 2019 election when they lost seats. Based on his response to the coronavirus pandemic, Trudeau had anticipated that voters would reward his administration. Instead, he got the same outcome as in 2019: another minority government reliant on the assistance of partners to govern.

Since the House of Commons has 338 seats, a party has to win 170 seats to gain a majority. The Conservatives were in the lead in 122 districts. The Conservatives won the popular vote, with 34% of the vote compared to 32% for the Liberals, but Liberal support is concentrated in urban and suburban areas, where there are more seats. On election day, the Liberal Party gained 159 seats, two more than in 2019, while its biggest competitor, the Conservative Party, got 119 seats, two fewer than in 2019. The results left Mr. Trudeau in a familiar situation. To enact any legislation, he will have to persuade members of the opposition to join his side.

The striking resemblance between the results of the early election and those of the 2019 federal election may have strengthened voters’ views that the early election was pointless, and its meager results have left their impression on the electorate. Tammy Findlay, associate professor and chair of political and Canadian studies at Mount Saint Vincent University in Nova Scotia, explained that Canadians were content with the government before the election; therefore, they are in a similar scenario with a few differences. Findlay told Al Jazeera the result shows that most Canadians want “a government that needs to collaborate” and is not dominated by a single party. It speaks to what Canadians witnessed during the COVID-19 pandemic — namely, that the parties needed to work together, and they want to see more of it.

Erin O’Toole, who took over as Conservative leader a little more than a year ago, steered the party in a new, more moderate path to widen its appeal. He demonstrated a readiness to broaden his campaign to reach voting blocs not commonly aligned with the party, including union households and lower-middle-class Canadians. Amid the campaign, he backtracked on a widely publicized promise to lift Mr. Trudeau’s ban on 1,500 firearms.

In addition, Erin O’Toole rejected several once-fundamental Conservative principles, such as opposing carbon taxes. Although, Mr. O’Toole has been a vocal opponent of mandatory vaccination and vaccine passports. His campaign was significantly more planned than the party’s previous leader, Andrew Scheer, in 2019. Former Conservative leader Andrew Scheer’s failure to convey an authentic image to the Canadian people was a significant factor in the party’s election loss in 2019. Yet, these changes to draw in voters who were not core Conservative supporters brought no gains.

On the morning after the election results, Mr. O’Toole spent most of his concession speech outlining his strategy for taking on the Liberals in the next election. He also commented on Justin Trudeau, “Tonight Canadians did not give Mr. Trudeau the majority mandate he wanted. In fact, Canadians sent him back with another minority at the cost of 600 million dollars and deeper divisions in our great country.”

Trudeau, however, said the results provided him a “clear mandate” to lead Canada through the pandemic, and he committed to working with other parties to advance the Liberal program. Mr. Trudeau’s primary source of support in Parliament will likely be the New Democrats. Despite gaining three seats, the New Democrats still have a long way to reach control with a total of 27 seats. In his victory address, Mr. Trudeau used his 2015 “sunny ways” words in a different context. “You are sending us back to work with a clear mandate to get Canada through this pandemic into the brighter days ahead. My friends, that’s exactly what we are ready to do.”

With Justin Trudeau achieving a third electoral victory and a new mandate, the Liberals are likely to see this victory as a strong indication that they can go forward with their main campaign goals and collaborate with other parties to carry out their strategy. The New Democratic Party and the Bloc Quebecois, in particular, will aim to exert influence in Parliament to further their agenda.