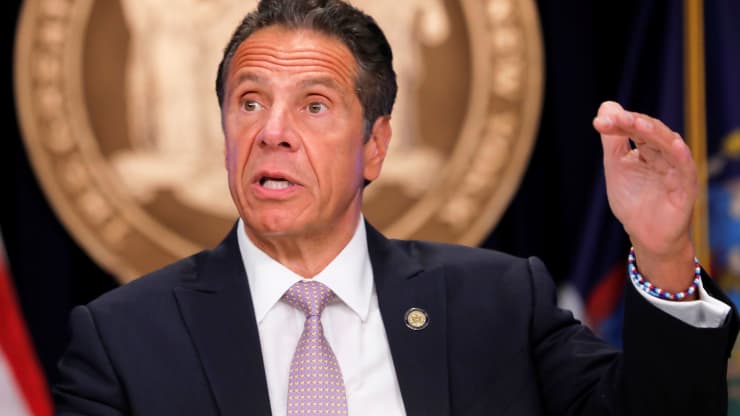 New York Governor Andrew Cuomo has recently come under scrutiny following troubling accusations of sexual harassment and assault from former aides and acquaintances. The governor, whose approval rating was at 71% back in April of 2020, became extremely popular during his daily coronavirus briefings at the start of the pandemic. Many appreciated the reassuring nature of his consistent press conferences, and even celebrities and talk show hosts began gushing over the governor. Cuomo’s popularity faltered significantly after New York attorney general, Letitia James, stated in January that the Cuomo administration had underreported nursing home deaths in the state. Governor Cuomo later admitted to the accuracy of her statement.

More recently, former administrative aide to Cuomo, Lindsey Boylan, published an essay discussing several inappropriate encounters with the governor, including an instance in which Cuomo kissed her without her consent. Another former aide to Cuomo, Charlotte Bennett has accused Cuomo of asking her inappropriate questions about her intimate life and expressed that she felt discomfort and fear while around him. Numerous other women have come forward with accounts of harassment and assault by the governor, not just those who worked with him. In addressing the initial allegations in a March 3rd briefing, Cuomo stated, “I now understand that I acted in a way that made people feel uncomfortable. It was unintentional and I truly and deeply apologize for it. I feel awful about it and frankly embarrassed by it and that’s not easy to say but that’s the truth.” Days after this briefing, it was reported that another aide to Cuomo alleges the governor groped her after summoning her to the Executive Mansion. Governor Cuomo denies this claim and has stated he has no intentions of resigning.

Cuomo’s office has asked the New York attorney general to have an independent investigation conducted over the claims. Two external lawyers have been chosen to lead the investigation and Cuomo has agreed to cooperate.

The political implications of the scandals against the governor may be severe. According to a recent NewsNation/WPIX 11/Emerson College poll, Cuomo’s approval rating has plummeted to 38% and the governor is facing growing calls from politicians from both parties to resign, including Democratic Senators Chuck Schumer and Kirsten Gillibrand from New York. The New York State Assembly has even opened an impeachment investigation into Governor Cuomo. According to the Emerson poll, 64% of New Yorkers believe Cuomo should not be re-elected and 45% believe Cuomo should resign immediately because of the nursing home scandal. Governor Cuomo is up for reelection in 2022.