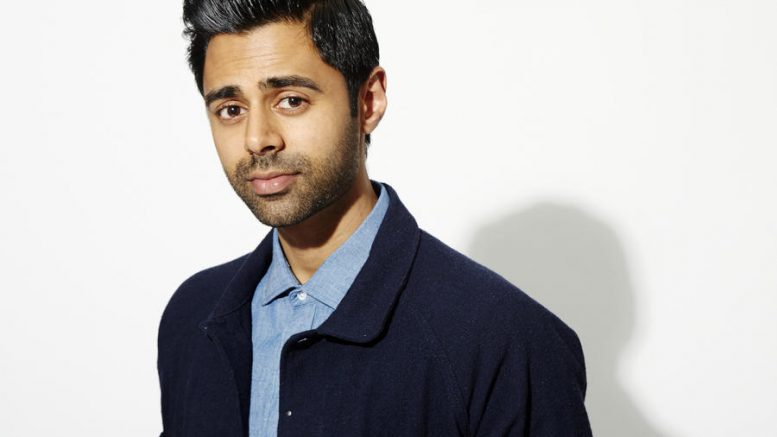 Hasan Minhaj broke all racial and religious barriers when in 2017, he became the first Muslim to speak at the White House Correspondent’s dinner. But he didn’t just speak, he made fun of everyone: the administration, the media, whether they were present at the dinner or not, he didn’t care. No one was safe from his comedic torment.

His speech, however, did not just contain his unique satire. He was appreciative of how far America has come, saying with pride, “Only in America can a first-generation Indian American Muslim kid get on this stage and make fun of the President.”

Minhaj has since burst onto the comedic scene and has established a household name for himself on “The Daily Show,” Netflix specials, and stand up shows. Watching his work not only brings out laughter but the chance to properly see American society through the eyes of an immigrant. He uses his platform not only to entertain, but to educate. The Chicago Tribune captures his delivery style well, explaining that “Minhaj has a precision and smoothness to both his movements and his delivery that helps to highlight the most serious aspects of his work while simultaneously sneaking the laughs in neatly to soften the blow.”

Minhaj recently had two shows in Chicago as part of his tour, “Before the Storm,” in which he introduced a new structure for his performance. He focused on one news topic, one example being terrorism, and talked about it both informatively and with comedy. While delving into the probability of an American being killed by a foreign terrorist, phrases such as “VIOLENT EXTREMISM” and “CULTURE OF PROFILING” flashed on the screen.

The increased political focus was noticed by the viewers. When asked about her thoughts on the show, Meghana Karan, who went to one of the Chicago shows, replied that “This show had more political messages than his last show. He talked a lot about immigration and the refugee crisis. I think since he has a new show coming out on Netflix, he wanted to give a taste of what it was like.”

Part of the reason why Minhaj is currently on tour is to promote his upcoming show, “Patriot Act,” on Netflix. The show explores the modern, cultural, and political landscape through Minhaj’s unique comedic voice as he investigates larger trends that shape our fragmented world.

As Minhaj’s show comes out in a few weeks, it will be interesting to see if he will receive the same positive response as when he was on “The Daily Show” or his other major stand up show “Homecoming King.” Although it might take him time to establish himself in the mainstream entertainment business, Minhaj is still recognized as changing the comedic landscape, making comedians, especially minorities, more comfortable talking about current political issues. He has contributed much to the shift in comedy’s purpose as not only a way to entertainment but also a way to educate, whether it be coupling light-hearted jokes with serious discussion or making fun of the president.

Be the first to comment on "Hasan Minhaj – The Political Humorist"