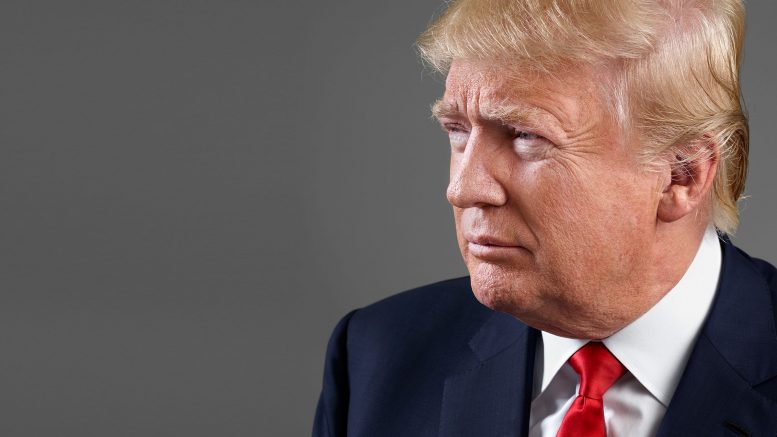 I am a very outspoken person who enjoys sharing my opinions. Since IMSA is a highly liberal campus, it is easy to engage in conversation with people especially since they agree with me. As the saying goes, “birds of a feather flock together.” It makes sense- no one wants to be uncomfortable. However, as I’ve learned, comfort breeds stagnancy. And so, I have tried to become uncomfortable. This is the result.

The following are excerpts from my conversation with a Donald Trump supporter at IMSA who, for obvious reasons, wishes to remain anonymous.

Do you ever feel scared or unsafe when sharing your opinions about the election?

“I didn’t really feel safe when I first stated that I was a Trump supporter because there was no one else there to back me up. They were all angry at me and started calling me racist, misogynistic, and sexist, just because I supported him over Hillary. I wanted this interview to be anonymous because the more people that know I’m a Trump supporter, the more secluded I become against everybody else.”

Why do you support Donald Trump?

“I support Donald Trump because my dad works for the government and would be fired or put in jail if he did the same things that Hillary Clinton did. But also for the same reason that a lot of Trump supporters at IMSA support him. We don’t necessarily support his ideas, but we just think that he’s the better choice over Hillary. He’s an extremely intelligent man. And, you have to acknowledge personal opinions. I am a Catholic and pro-life. Hillary being pro-choice throws off my religion. I don’t agree with a lot of what he and Mike Pence have said, like gay conversion therapy. I definitely don’t agree with that. I just think that our country will be in better shape with him in the presidency than with Hillary in the presidency.”

How do you feel about Trump’s pick for Chief Strategist, Steve Bannon?

“I think that Steve Bannon wasn’t a horrible choice, but not a great one either. I think there are better choices. I don’t think that Trump was ready to win the presidency, though. Now that he’s won, he definitely is going to need a lot more advising. It wasn’t the best choice, and he could have chosen better. But you have to think about the predicament that he’s in.”

Do you believe that this pick will lead to the normalization of racism?

“Trump sounds like this extremely racist person and, in most cases, is a racist person. But I don’t think that the normalization of racism is something that we need to worry about because racism has been here for the longest time. America’s history has been defined by racism, and racism will always be here because we’re never going to have a society that completely agrees with each other. If Trump were to spark people like the KKK to come back again, I don’t think it’s going to be huge like it was back in the day. Even if Trump has these beliefs, his actions will be regulated fairly quickly. Yeah, nothing will change. His presidency is not going to change things as much as people say it will.”

How do you feel about Jeff Sessions as Trump’s pick for Attorney General, a notorious climate change skeptic?

What are some challenges of being a Trump supporter on campus?

“It’s scary to share your opinions. Being conservative here is extremely hard. People will always think of you as the person who doesn’t share their opinions, which equates to me being bad. That’s the IMSA opinion. People with conservative views don’t deserve to have an opinion because they don’t support our liberal one. IMSA needs to keep an open mind to different views and different ideas.”

This is my challenge to you: whether you are liberal, conservative, or somewhere in between, become uncomfortable. Listen to other opinions. Try to emphasize and, if empathy is impossible, try to understand. For, as Albert Einstein once said, “Peace cannot be kept by force; it can only be achieved by understanding.”