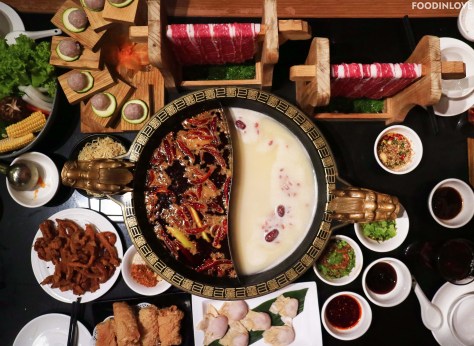 Most people living in America probably know the lyrics to our national anthem, which ends in “The land of the free, and the home of the brave.” These patriotic lines sure make it sound like the United States is extremely open-minded and welcoming, with its promises engraved on the Statue of Liberty and immortalized in the ideal of the American Dream.

The truth is, for a country with the concept of “union” quite literally embedded into its name, the United States falls short of expectations.

What is so united about the U.S.’s two major political parties? A divide between Democrats and Republicans created by political polarization completely obstructs the light at the end of the tunnel. If one party elects a president who creates new policies and moves in one direction, that progress can just as easily be overturned by the next president if they are from the other party, just like what happened with the Obama-Trump succession. It is a never-ending push-and-pull in the opposite directions that each side wants to go in, like two teachers in the same classroom, trying to direct the class in completely different ways, constantly fighting and speaking over each other. In the end, the real goal isn’t achieved; the students do not learn anything. In the same way, how can any politician hope to fulfill their lofty promises of making this country better if they’re too busy constantly trying to spit on the enemy and prove themselves right? When your position is perpetually being threatened and questioned by the opposition, you start working to maintain your image and being perceived as a benefit to the country instead of actually being a benefit to the country.

Other countries certainly don’t show such a high degree of political divide. Studies show that the extreme political polarization found in the United States is unique to us, exacerbated by how horribly we handle racial and ethnic divisions. The divided republic brought about by hyper-partisanship our founders so feared is exactly what we have become today.  George Washington warnedt: “The alternate domination of one faction over another, sharpened by the spirit of revenge, natural to party dissension, which in different ages and countries has perpetrated the most horrid enormities, is itself a frightful despotism.” The free-spirited democracy that some Americans are so proud of deteriorates every time they bare their teeth against another political party.

Furthermore, if politicians are always going head to head against each other, what kind of example are they setting for the rest of the American people? The country’s left and right political poles can’t see eye to eye, both sides unable and apparently unwilling to understand each other. This cycle of misunderstanding and stigma is only perpetuated as parties cling more fiercely to their biases. While politicians are busy going at each others’ throats on TV, We the People are also busy screaming at each other in public parks, restaurants, and grocery stores.

The royal mess of racial discrimination in the United States shines the spotlight on a painful question: How equal can we really be if racism is written into the roots of our country? The way the foundation was laid, if rights and opportunities were food, POC such as African-Americans and Latinx are (1) given none and (2) prevented from getting any.

Racially disproportionate incarceration and killings. Biased legal proceedings. Racial stigma. Redlining. Inadequate access to basic resources. Modern lynchings. The KKK. Over half a century after the Civil Rights Movement, we’ve seen little to no progress in racial equality. Some think we have enough equality in the U.S. already, and others think racism doesn’t even exist altogether and are willing to turn a blind eye to these problems simply since they are not involved. When most of what anyone ever does about racism is performative, authentic, productive discussion of the issue in the United States is nigh-impossible.

Cultural acceptance is another matter altogether. When Chinese and Japanese immigrants arrived in America, they were welcomed with the lynchings and murder of their own people. The bombing of Pearl Harbor led to the imprisonment of Japanese Americans that had never even set foot in their ancestral country. Over time, culturally homogeneous communities such as Chinatown formed as safe spaces within a foreign country. The way America proceeds with “representation” leaves no room for minority voices.

Both racially and politically, I feel like the United States is not so much of a “melting pot,” but rather one of those yin-yang hotpots. There is no mixing, only separation and the maintenance of a clear-cut boundary.

In the U.S., the privileged are given everything and more, while the oppressed are left with only crumbs.

In our capitalist economy, not only are lower and middle-class Americans exploited beyond belief, they are also led to believe that they deserve this exploitation. Healthcare shouldn’t be a debilitating expense (or racially biased), in spite of insurance. Even being rescued with the aid of an ambulance costs a couple thousand dollars. Why did we come all this way in innovation and technological advancement just to gatekeep the state of health and well being? Why do educational institutions set up students to be hundreds of thousands of dollars in debt well into their adult years? Because providing healthcare and education is expensive, you say? Then why it is fine that pharmaceutical companies charge hundreds for a vial of insulin worth 5 dollars, profiting off of someone’s need to live? Why is it fine that our government uses billions of taxpayer dollars for the military instead of paying our healthcare workers and educators so that these services can be more accessible?

In western Europe, countries like Finland have tax rates even higher than ours, but in exchange, their citizens are provided with universal healthcare and thus, a higher quality of life. In fact, there are only 43 countries in the world that don’t offer some form of free or universal healthcare. Considering how outrageously expensive healthcare is in the U.S., if the Finnish system were to be implemented here, the initial cost would eventually pay itself forward. Why can’t we implement it? Because political critics claim such a system is too socialist.

Some Americans’ extreme nationalism and over-amplified fear of other government systems – like socialist policies – hold our country back from making meaningful, lasting changes to public welfare. Apprehension towards organizations such as the CCP are not groundless, but using that fear as a justification for preventing others from living and exercising their rights is unjust and cowardly. The difference between the nationalist and the patriot is that the latter is willing to open their mind, break down walls, and dissolve their prejudice for the improvement and betterment of the nation. It’s not “dangerous” socialism to want to provide governmental healthcare. Those who use this fearmongering as an argument are hiding behind their unwillingness to let marginalized people stand on equal ground with them.

These problems, among the countless others of poor mental health, excessive violence, LGBTQ+ discrimination, and sexism are just the tip of the iceberg, so don’t mind me if I make a weird face the next time someone says they’re proud to be an American or when they make fun of another country. One thing is for sure. I don’t like yin-yang hotpot.

Be the first to comment on "The “United” States"