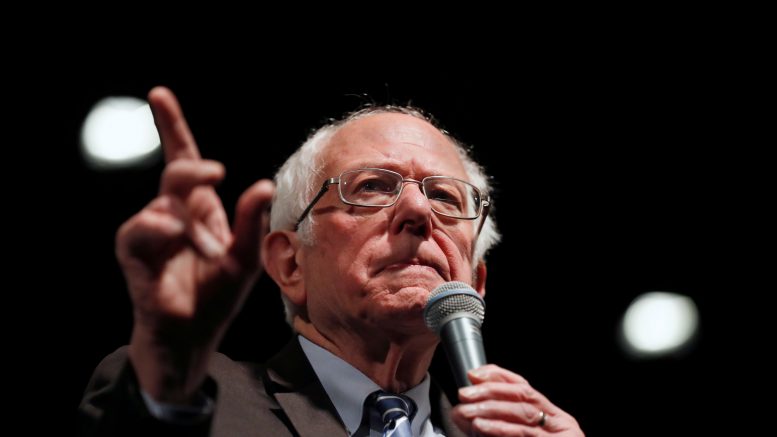 Senator Bernie Sanders at a campaign rally By Jeff Roberson

With the presidential election coming up in November and the primaries set to end in July, the main focus of the American political scene has been who the candidates for each party would be. For the Republican party, the answer is Donald Trump, who has surpassed the number of Delegates needed to win the nomination. During the last few months for the Democratic party, the fight for the nomination has been between former Vice President Joe Biden and Vermont Senator Bernie Sanders, as most other candidates have dropped out of the race. However, on Wednesday, April 8th Senator Bernie Sanders announced that he would end his campaign for the Democratic nomination for the 2020 presidential election.

In his address, Sanders justified his decision by saying, “we are now some 300 delegates behind Vice President Biden, and the path toward victory is virtually impossible.” At the time Sanders dropped out of the race, there were 1,569 delegates to be won, but Sanders would have needed 1,054 while Biden needed 698. Given the current political trends of Biden winning a majority of the delegates each primary and the political landscape of the remaining states, Biden was predicted to become the Democratic nominee.

Another reason that Sanders states for his decision is “I cannot in good conscience continue to mount a campaign that cannot win and which would interfere with the important work required of all of us in this difficult hour.” This is a response to the COVID-19 pandemic that continues to be the most important issue in the U.S right now. As a result of this, Sanders is shifting his focus as a senator to fighting the coronavirus and implementing legislation. Even though Sanders cannot become the Democratic nominee, he still will remain on the primary ballot to influence his platform’s approach to healthcare, climate change, and environmental issues to be considered in the Presidential election.

This means for the Democratic nominations that Joe Biden is guaranteed to become the Democratic presidential candidate because he is the only candidate left in the primaries. In terms of the 2020 presidential election, it is shaping up to be Joe Biden and Donald Trump. For the general election, Joe Biden hopes to receive support from Bernie Sanders because of the large support the Sanders still has to win the election. In terms of the overall Democratic party, Sanders has left a mark on the changing ideologies and solutions that will come up in the 2020 Presidential election and in the years to come.