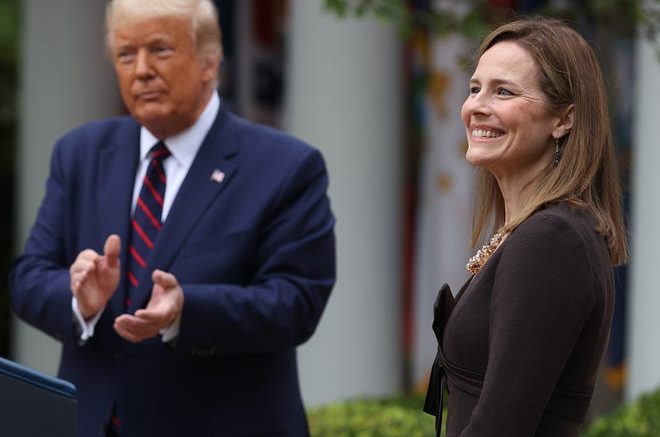 In light of Justice Ruth Bader Ginsburg’s passing on September 18, Republican Senators are pushing to select the next Supreme Court justice before Election Day. Republicans hope that a speedy decision will help them solidify their Supreme Court majority, which has been a goal for over a generation. Adding a third Trump-selected justice would give a 6-to-3 conservative majority vote on many split decisions, such as health care, abortion, and gun rights. This majority could affect the rulings of the Supreme Court for many years to come, long past Donald Trump’s presidency. The swift action for a new justice may also boost Trump’s campaign by energizing conservative and religious voters.

Though there are many benefits, there are also some risks in rushing the process. It may hurt Trump’s campaign by mobilizing liberal voters opposed to a right-leaning court. Additionally, some people view the speedy approach as an abuse of power. Many people also doubt that the timeline is possible. Though several justices have been approved in this short of a time frame, it has not been done this quickly for many years. It would also be the first time in American history that a justice is confirmed after July of an election year.

Despite these risks, Republicans have decided to go through with the process. On September 26, President Trump nominated Amy Coney Barrett as the next justice. Although Barrett will potentially be filling Justice Ginsburg’s seat, her beliefs differ greatly from the late justice’s. Barrett is a conservative who is passionate about the anti-abortion movement, and she has strong conservative beliefs on gun rights, discrimination, and immigration. She went to Notre Dame Law School, became a professor at Notre Dame, and worked for Justice Antonin Scalia. Three years ago, Trump appointed Barrett as a judge for the United States Court of Appeals. At age 48, she would be the youngest member of the current Supreme Court. She would also be the first mother of school-aged children to join the court in American history. Some people are highly satisfied with Trump’s choice, as Barrett has significant experience. Additionally, she is popular with religious conservatives and anti-abortion activists.

The next month will be a scramble to seat Barrett on the court. Barrett will begin by filling out an extremely detailed questionnaire. The Senate will then examine this, along with her background. Barrett will also meet with Senators during this time. Next, the Judiciary Committee will hold confirmation hearings beginning on October 12. The committee will then vote on whether or not to pass the nomination on to the Senate, which is tentatively scheduled to occur on October 22. That leaves the final week of October for the Senate to approve Barrett’s nomination just in time for Election Day. If Barrett becomes a Supreme Court judge, she will make history and shape the future of the Supreme Court for several decades to come.