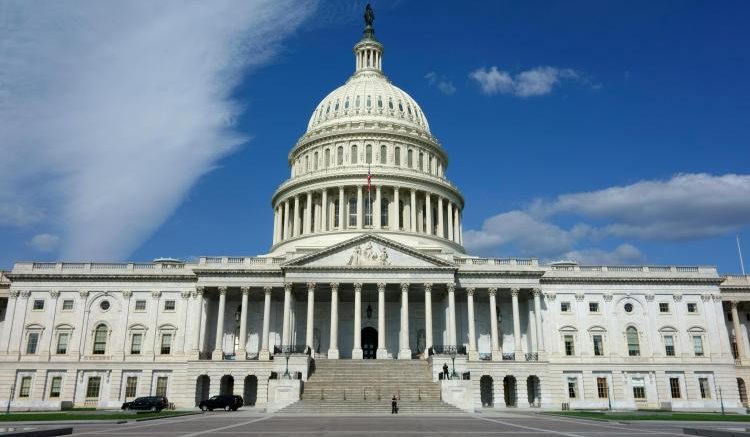 The bill originated from Biden’s American Jobs Plan, which was then split into two major bills: the bipartisan Infrastructure Investment and Jobs Act and the exclusively Democratic Build Back Better Act. The former originated in the House of Representatives, and it was amended and passed in the Senate on August 10 to reduce the overall price tag to $550 billion. It deals mainly with modernizing and improving traditional infrastructure (including public transportation, roads, and bridges) and creating employment opportunities in the process. The Build Back Better Act focuses more on what Biden calls “human infrastructure,” which considers government programs such as childcare, education, and healthcare as examples of social infrastructure. Official consideration of the bill remains in the House Budget Committee, but negotiations continue in Congress as well as the White House.

The $1.75 trillion (spent over ten years) Build Back Better Act, reduced from $3.5 trillion, mainly consists of social programs and policies that aim to improve the lives of average Americans. Democratic lawmakers plan to pay for these programs by increasing taxes on wealthier individuals and corporations. The bill provides for higher maximum individual income and capital gains taxes, as well as an increased corporate tax rate from 21% to 26.5% (though this figure is still under negotiation). A minimum of 15% tax for large corporations that report profits of more than $1 billion to shareholders will be instituted as part of the plan, along with a 1% tax on stock buybacks and a 15% minimum tax on foreign profits from U.S. corporations. A surtax on the top 0.02% wealthiest Americans of 5% of their income over $10 million, and an additional 3% on income over $25 million, will also be instituted as a means of paying for this massive spending bill. It is most likely that the government will also use bonds and printing currency as a potential means of paying for the Build Back Better framework in tandem with an increase in taxes. Essentially, these tax changes would provide funding for the Build Back Better Act while also maintaining Biden’s campaign promise that no Americans with an income under $400,000 will see their taxes increase.

The many policies in the bill include an expansion of the child tax credit, allowing families with more children to pay less in taxes, as well as tax cuts for small businesses. The expanded child tax credit enacted as part of the spring coronavirus relief package has been credited to dropping child poverty rates, and as such, Biden intends to extend this child tax credit within the new proposed spending bill. The bill would provide for universal preschool and a reduced cost of childcare. The current version also includes two years of tuition-free, publicly funded community college (which is also still uncertain due to negotiations).

In regards to healthcare, there are three main health programs that Democrats intend to keep within the final deal, those being the Affordable Care Act, Medicare, and Medicaid. The Affordable Care Act’s premium tax credits will be extended through 2025, while spending will also cover hearing costs through Medicare for seniors. $100 billion will be allocated to reforms to reduce backlogs in the immigration asylum process as well. The bill would also eliminate the Medicaid coverage gap (since some people in poverty are still not eligible for Medicaid), expand Medicare to include dental, vision, and hearing care for the elderly, and include the recently added four weeks of guaranteed paid family and medical leave.

A total of $555 billion will be spent on addressing the climate crisis. Spending would include clean energy tax credits for rooftop solar, electric vehicles, and clean energy production, civilian climate corps program, and investment in clean energy technology and manufacturing. Although the president touted the Clean Energy Performance Program (CEPP) which would provide incentives for utility companies to shift towards greener technologies and fine those who do not, Senator Manchin, who represents West Virginia, a state heavily reliant on coal production, did not support spending associated with this program. Thus, this provision has been removed from the initial spending plan.

The other elements of the bill provide funding for: the public school system, electric vehicle production and distribution, the replacement of lead water pipes, fair and affordable housing, initiatives to combat gun violence, rural job promotion and access to clean water and energy, forestry programs to fight wildfires, the reduction of carbon emissions (especially by transportation services), the promotion of equity in transportation (including reconnecting communities that were divided by highways and other transportation infrastructure), Federal Emergency Management Agency disaster loans, fixing sewer and stormwater issues (particularly for underprivileged communities), NASA and National Science Foundation programs, addressing natural disasters, loans to small businesses, and modernizing the United States Postal Service and Veterans’ Affairs infrastructure. Overall, these programs aim to solve many of the issues that the Democratic Party views as priorities, including a wider social safety net and job creation after the COVID-19 pandemic’s effects on the economy and employment opportunities.

Even though the Build Back Better Act and its provisions are significantly popular with the general public, likely voters, and even 39% of Republicans, no Republican congresspeople have announced plans to support the bill. The Democratic Party has grappled for months with internal tensions and disagreements, especially with two of the most moderate Democratic senators (Joe Manchin of West Virginia and Kyrsten Sinema of Arizona) who have demanded major compromises including a reduction in total cost to reduce the scale of the bill. Assuming no Republican support, these two senators are critical to passage of the bill due to the 50-50 Democratic-Republican power balance in the Senate (with Democratic Vice President Kamala Harris casting the tie-breaking vote if every single Democrat votes in favor). Additionally, the Democrats must use budget reconciliation, which limits a bill’s content to only fiscal policy (such as taxes and funding provisions), to circumvent the 60 votes normally required by the Senate filibuster.

On the other ideological side of the Democratic Party, Senator Bernie Sanders of Vermont is pressuring the party to pass the Build Back Better Act as soon as possible. In his op-ed titled “Let’s stand together to protect working families,” he argues in support of the bill, pointing out how the positions of Republicans and senator Manchin align with those of extremely wealthy companies and billionaires who want to maintain the status quo. Sanders also indirectly addressed Manchin and Sinema on Monday, saying that the Build Back Better Act will not add to the national debt (one of Manchin’s primary concerns).

In addition to the disagreements in the Senate, Speaker of the House Nancy Pelosi has made clear that the House will not vote on the bipartisan infrastructure package unless the Senate first passes the Build Back Better Act, likely delaying the former. House Democrats have explained that if the Infrastructure Investment and Jobs Act is passed, then there is less incentive for the Senate to schedule a vote on the Build Back Better Act because at least one of the two bills has been sent to the president’s desk. Pelosi’s decision has effectively shifted the responsibility of passing both bills to the Senate, linking the two and making one unlikely to pass without the other.

Overall, the Build Back Better Act would use higher taxes on the wealthy and corporations to provide more job opportunities and social programs for the American working class. The bill is a major element of President Biden’s agenda of recovery from the COVID-19 pandemic and resultant economic crisis, as well as of general liberal policies that Democrats believe will improve the prosperity of the average American citizen. The Build Back Better Act has been under intense negotiation in Congress for months, needing the support of every single Democratic senator to pass. Despite intra-party disagreements, as well as hard opposition from Republican lawmakers, President Biden and the Democratic Party are confident that both the Build Back Better Act and the Infrastructure Investment and Jobs Act will be signed into law.

1 Comment on "The Build Back Better Act: Background, Overview, and Politics"