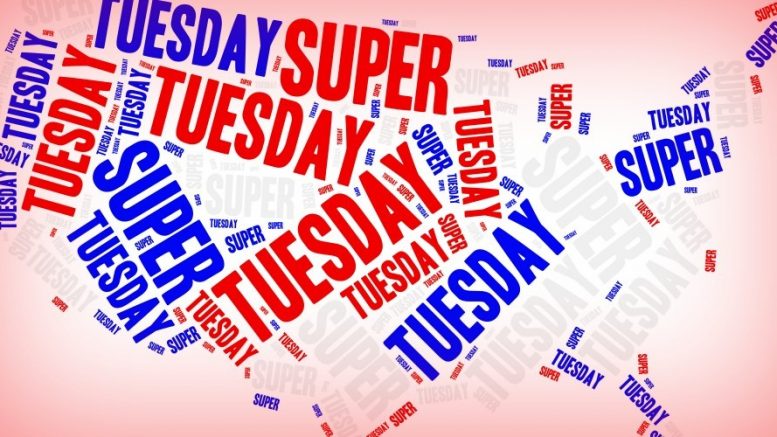 March 3rd  marked an important day for the 2020 presidential primaries: Super Tuesday, the day when many U.S states hold their primary elections and caucuses. On March 3rd, 13 states held their elections with 1,617 delegates being awarded to the candidates, comprising roughly one-third of the total delegates in the overall election. The major states that held a lot of delegates were California and Texas, with 415 and 228 delegates, respectively. Now let’s get into the results of Super Tuesday.

102 to be declared for Democratic Party

The current total of delegates per candidate (has not been fully counted):

Since Super Tuesday, several candidates have dropped out after a poor performance, including Pete Buttigieg, Amy Klobuchar, Elizabeth Warren, and Micheal Bloomberg. This leads to the major democratic front-runners being narrowed down to Bernie Sanders and Joe Biden. For the Republican party, Donald Trump is expected to become the Republican nominee for the general election. While many predictions have been made about who will become the Democratic nominee, there are still many delegates to be declared, which means we can only wait and see.

Be the first to comment on "The Results of Super Tuesday"