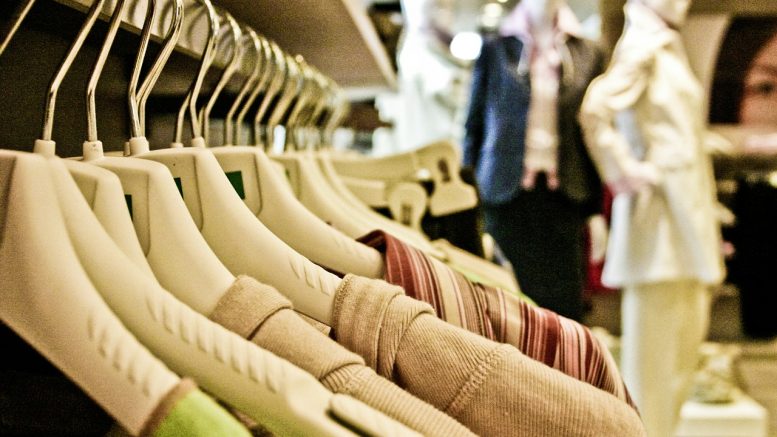 While many integral aspects of our daily lives have been altered because of coronavirus, some haven’t changed at all. People might assume that fashion is an aspect that hasn’t changed. However, the financial standings of consumers and the changes to work and school environments have had a ripple effect on more ancillary, but still important, segments of one’s lifestyle, such as fashion. As retailers aim to target the needs of fashion consumers, the younger generation’s current idea of what’s fashionable and what’s not is likely to adapt to the pandemic’s complications.

High heels, loafers, and dress shoes have been on a steady decline in sales for years, however, the pandemic has tremendously accelerated their downfall in consumer demand, dropping 70% in both March and April. This is and should have been expected, as formal dress shoes for both men and women are most commonly worn for work-related purposes as well as formal functions. However, given mandated social distancing and general awareness of Americans to the prominence of coronavirus, there is no point in buying shoes that are not likely going to be used. Furthermore, Beth Goldstein, a footwear analyst for NPD, now believes women in many different careers and life situations are ditching high heels. More comfortable shoes, such as fur-lined Uggs, Crocs, and slippers are becoming more popular. This points to a general shift in the idea that high-end or formal fashion necessitates people to disregard wearability. Given the projected rebound of high heels in consumption, or lack thereof, footwear is generally heading toward becoming more utilitarian and comfy, and consequently, fashion trends may begin to incorporate shoes which may have previously been regarded as lazy leisure-wear.

Although malls have also begun reopening, it is clear that most Americans will not be shopping for clothes in person. Especially due to the restrictions during the first couple of months, Americans have shopped online in record numbers and will continue to do so. However, shopping online has its drawbacks. The most apparent drawback is the lack of certainty that a piece of clothing is going to “fit” exactly as  the consumer desires. Other relevant variables in everyday consumers’ decisions involves the bagginess of the attire, the texture of fabrics, and appearance when paired with your undertones. These aspects are impossible to precisely assess without a fitting room, and thus, there is always a chance of dissatisfaction with online shopping.

Potential dissatisfaction, however, is truly in the eye of the beholder. After all, society’s definition of what is fashionable is really based on subjective opinions within society. Most consumers likely shop for clothing that is a) affordable, but also b) in line as best as possible with society’s definition of fashionable. Much of America’s fashion history has been characterized by standards of both men and women to dress modestly and make a “good statement,” which essentially means to not wear clothes which would make others believe that you were poor. In the present-day, a modest appearance is somewhat stressed, mainly by older generations and in the workplace, which discourages especially tight-fitting or revealing pieces of clothing. Especially baggy clothing is also not considered fashionable as it is associated with those in a low socioeconomic class. However, the slight fluctuations in expected height or bagginess of clothing are more prevalent given the fact that clothing consumers are shopping almost exclusively online. Therefore, these preset positions on what constitutes a well-constructed outfit are going to be challenged with an increased population that cannot perfectly or do not want to meet these expectations. In other words, younger consumers, who largely control and adhere to fashion trends, will redefine fashion’s meaning by making do with what can reasonably be bought and worn. In fact, the process of changing fashion standards appears to have already started amidst the pandemic, evidenced by popular fashion influencers incorporating both skinny, baggy, very modest, and very revealing attire within their outfits and general style.

As a result of economic hardship, many clothing consumers have also turned to thrifting, which offers vintage clothes for much cheaper prices. In fact, secondhand shopping is projected to increase by 27% within 2020, both due to a trend of secondhand shopping becoming more common as well as the financial situation that COVID-19 has caused. The popularity of this alternate market has reintroduced vintage items within modern fashion, especially among Generation Z consumers, who make up the largest plurality of consumers currently buying and projected to buy resale items in the coming years. It is clear that the surge of popularity in thrifting will have a statement in fashion trends to come, and in actuality, already has. For instance, many elements that staple 80s fashion, such as cuffing jeans, high-waisted and distressed pants, and bold colors have joined the patterns of fashion popular among present generations.

Ultimately, many individuals’ lives seem on an unpleasant standstill. Working from home, remote learning, and a lack of social interaction have all negatively affected the conditions of Americans, and thus has affected their participation within the economy. However, despite the obstacles of the pandemic, Americans still maintain control over a significant part of society: fashion. The decisions made by consumers during the pandemic have caused modern fashion to reject restrictive norms posed by previous fashion expectations as well as expand and innovate on old fashion elements. The adaptive nature of fashion in relation to the patterns of behavior in buyer consumption is a good reminder that America is capable of adapting to the conditions of the pandemic as well and gradually overcoming its obstacles.

Ethical Issues in Copyright Legislation for the U.S. Fashion Industry