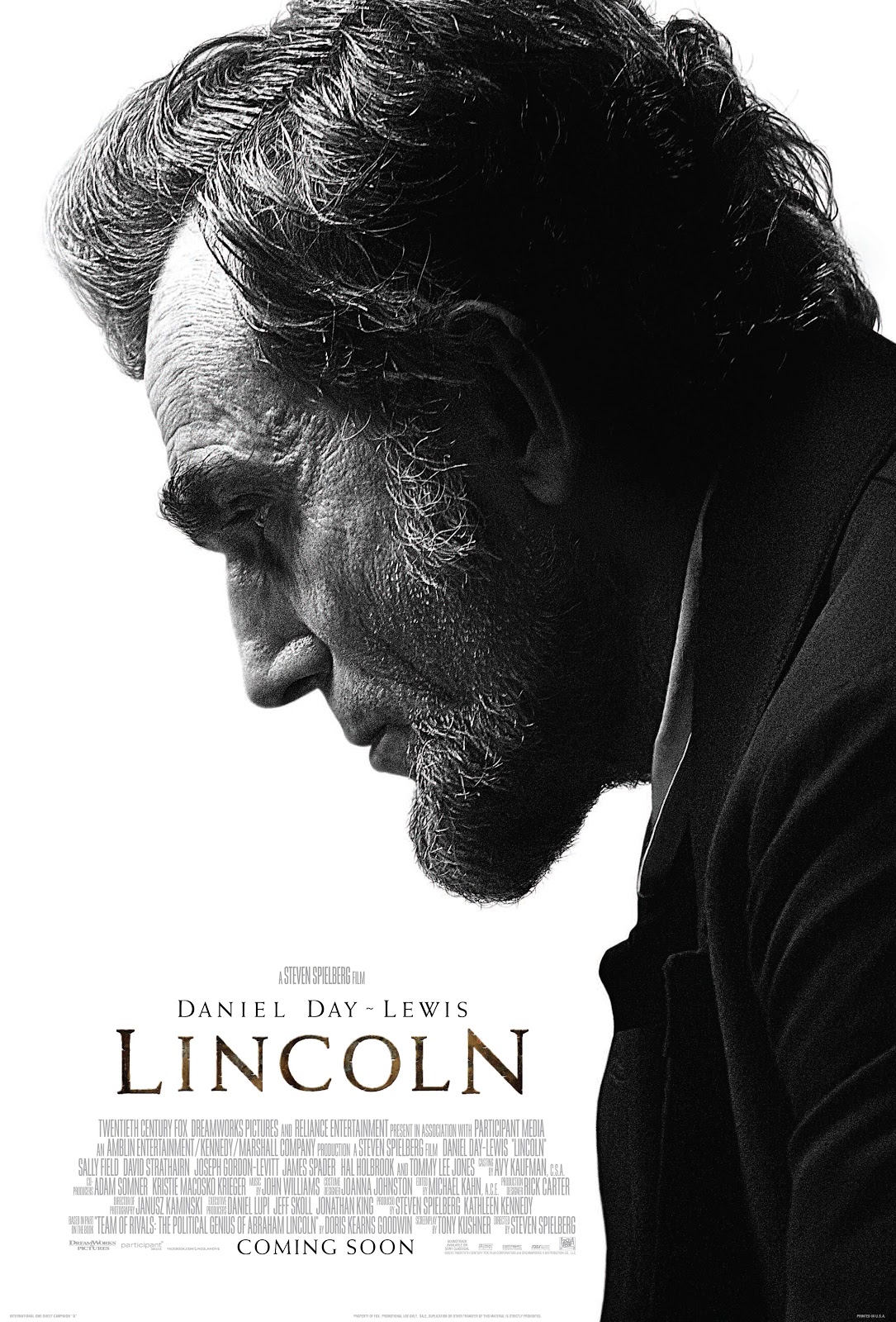 Summary: As the Civil War rages on, the Union finds itself caught in a web of politics, corruption, and violence. The President of the United States, Abraham Lincoln, (Daniel Day-Lewis), is forced to choose between abolishing slavery and ending the war: two events that seemingly cannot occur simultaneously. His Secretary of State, William Seward (David Strathairn), is a doubtful supporter at best, while his most fervent ally, Thaddeus Stevens (Tommy Lee Jones), frightens most people with his radical notions. Meanwhile, the Lincoln family must deal with their own internal struggles caused by Mary Todd Lincoln (Sally Field) and her grief over the death of her second son, as well as Robert Lincoln (Joseph Gordon-Levitt) and his obsession with enlisting in the army.

For a film set during the bloodiest war fought on American soil, Lincoln didn’t contain much bloodshed. In fact, it didn’t contain much action at all. The essence of the movie and of the struggle was captured in speeches and debates, and the movie had a political focus rather than a military one. While Day-Lewis’ eloquence was perfect for the numerous speeches that his part required, others fell short. With so much dialogue and the occasionally mediocre delivering of said dialogue, the movie dragged in many places; though admittedly never when Day-Lewis was in the spotlight.

What was portrayed well in the movie, however, was the Lincoln family itself. Rather than a blunt political description of what transpired in the year that this movie was set, it was a window into the lives of Abraham Lincoln, Mary Todd Lincoln, and their children. The audience was transported to a different time, and saw superb acting from all members of the Lincoln family. From Mary’s hysterics to Robert’s patriotism, the struggles that Abraham Lincoln faced both in his job and in his own home were clear to all.

The character development present in the film, though in depth and thoughtful for some characters, left much to be desired overall. Governors and politicians came and went, all too similar in appearance and in speech for them to really make an impact. As a result, Tommy Lee Jones shone in his portrayal of Thaddeus Stevens. He was one of the few men who stood apart from the rest of the cast, distinct in both his voice and his radical ideas. David Strathairn was also noticeable as William Seward, yet Seward’s cautious nature kept him from standing out as Stevens did.

In summary, while the dynamics of the Lincoln family were shown in an exciting, compelling manner, the bulk of the movie dragged because of lengthy dialogues and mediocre performances. Although the important members of the cast were impeccable in their roles, many of the actors in the movie didn’t live up to the expectations that these stars set.

An Interview from Sony

Be the first to comment on "Film Review: Lincoln"