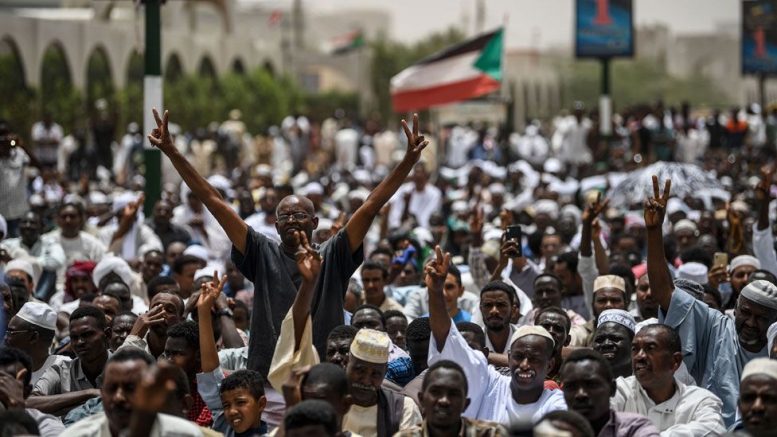 On October 25, 2021, Sudan’s government was overthrown by military forces in a bid to halt the country’s transition to democracy. Troops arrested Prime Minister Abdalla Hamdok and other senior officials, leading the head of the military, Lieutenant General Abdel-Fattah Burhan, to assume control. In protests, tens of thousands of civilians have taken to demonstrations.

October’s event is one of many coups that have arisen since Sudan gained independence from Britain and Egypt in 1956. Sudan’s most recent president, Omar al-Bashir, came to power via the 1989 Sudanese Coup d’État. Following economic struggles detrimental to Sudanese living conditions in late 2018, protestors began to call for al-Bashir to step down; however, al-Bashir refused and instead dissolved Sudan’s central and state governments and banned demonstrations. Culminating in April 2019, the tension between al-Bashir and protestors saw the president removed from office through a second coup, again headed by the Sudanese military.

With al-Bashir imprisoned after his fall from power, the next entity to take control of Sudan was the Transitional Military Council (TMC). Still, protests continued, now against the TMC, as various Sudanese alliances and coalitions wanted to see the transition to democracy headed by civilians rather than the military. The TMC employed violent force to counter these protests, bringing about June’s Khartoum Massacre. In Khartoum, the TMC’s forces killed, raped, and wounded upwards of 100 Sudanese citizens.

The Khartoum Massacre prompted dialogue between the TMC and the Forces of Freedom and Change (FFC), one of the main alliances behind the protests against al-Bashir. In July, the TMC and FFC signed an agreement, marking the beginning of shared power between Sudan’s government and citizens. The agreement set the framework for a 39-month transitional period, during which members of the newly established governing body, the Sovereign Council, collaborated to develop the procedures and institutions which would become the basis of Sudan’s eventual democracy. In charge of appointing the head of the country under the agreement, the FFC selected Abdalla Hamdok, then a Sudanese public administrator, as Prime Minister.

Despite rising tensions, Hamdok remained in office until the 25th of October. According to the TMC and FFC’s agreement, leadership of the Sovereign Council was to be handed over to a civilian this month as the country’s next step towards democracy. As such a shift in power would have further decreased the TMC’s control over the country, existing rifts between civilian and military leaders were exacerbated, with a prior coup attempt, again headed by the military, failing in September 2021. Despite the attempt’s failure, animosity did not abate, and the sustained conflict impelled military forces, led by Lt. Gen. Burhan, to kidnap Hamdok and his wife as well as other ministers.

After Hamdok refused to issue a statement supporting the coup, he and his wife were detained at Burhan’s house, with the general claiming such measures were for their safety. “He is in my own residence,” the general said at a conference following the abductions. “We had feared for his life. That’s why we took him to safe custody.” Amidst the internet blackout that followed, ministers were also detained, though the location to which they were taken remains undisclosed.

Burhan, who like Hamdok was scheduled to be succeeded in his position by a civilian, claimed at the same conference that the event the military had perpetrated did not amount to a coup. “The dangers we witnessed last week could have led the country into civil war,” he said, seemingly citing protests which had arisen at the prospect of a military coup. In the same vein, he maintained that Hamdok was not kidnapped, as “he was not assaulted or tortured.”

Hamdok and his wife were returned to their home later that night, though they remained under house arrest. In the time since, some, but not all, of the abducted ministers have been released from the location at which they have been held.

Tuesday also saw Khartoum’s streets flooded with a renewed showing of pro-democracy demonstrators. Roads were barricaded and tires burned in protest of the coup despite the TMC’s violent show of force against assembled crowds the previous day. Denouncing Burhan’s takeover, groups including the Sudanese Professionals’ Association and the Sudan Popular Liberation Movement-North, as well as companies such as Sudan’s national petroleum company, Sudapet, encouraged these demonstrations.

Further censure came from abroad, with the US suspending the transfer of $700 million in emergency economic aid to Sudan. Neighboring Saudi Arabia disapproved as well; according to a statement, the Saudi Minister of Foreign Affairs “condemned the October 25 military takeover in Sudan and its effects on the stability of Sudan and the region.” Also standing in opposition to the coup is the UN. Secretary-General Antonio Guterres’ spokesman said he “strongly condemns the ongoing military coup d’état in Khartoum and all actions that could jeopardize Sudan’s political transition and stability.”

Currently, al-Bashir remains in power despite international and domestic calls for Hamdok’s reinstatement. Further, communication among civilians and beyond Sudanese borders is inhibited still, with the internet shutdown that began the 25th ongoing. Burhan has declared a state of emergency in Sudan as the UN begins to lead mediation efforts and protestors continue to demonstrate under the slogan “no negotiations, no compromise, no power-sharing.” Globally and in the country itself, concern grows for Sudan’s economic stability and transition to democracy amidst the ongoing crisis.