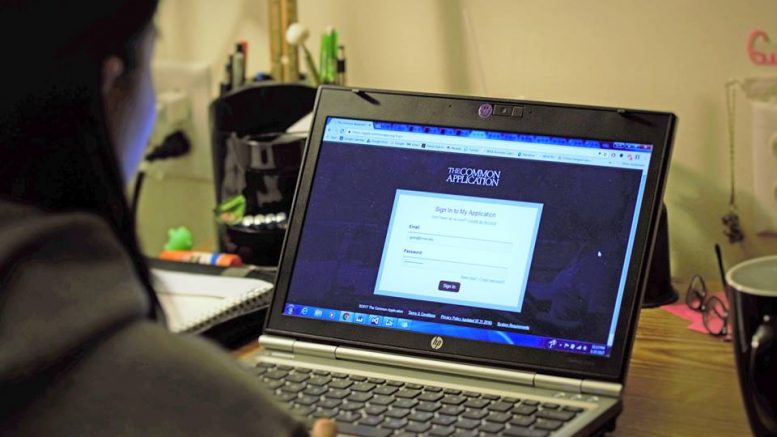 IMSA is a STEM school for gifted students. After spending three years at an institution which fosters ability in math and science, it’s safe to assume that students are more likely to pursue a STEM major than arts. Yet, seniors are still pursuing majors in humanities and fine arts, while others pursue STEM, and a few do both.

Should I pursue history or biology? Is that a difficult question to ask? Keep in mind, STEM-related programs include engineering, computer science, and medical studies, while the arts encompass majors such as anthropology, visual and performing arts, and foreign languages.

As college acceptance dates approach and post-IMSA destinies grow more conspicuous, I decided to work toward the source of the STEM and arts binary by asking students from the class of 2017 a few questions.

“Journalism, and leaning toward computer science.”

What brought you to your major, or what sparked your interest in the field?

“When I was maybe 7 or 8, my parents got me a microscope, not too fancy or too [trashy] — I was extremely obsessed; I learned how to make slides, I studied grass and leaves, and I took bio at community colleges before IMSA. Botany was my [jam], and still is.”

“Music has been part of my life since I was a child. I want kids to have a strong foundation not only in music, but also in learning. I want to give back; I’m interested in majoring in music education with a special in elementary education.”

“Computer science was the first ‘science’ that stuck with me. I’ve been interested in biology and physics before, but I feel like I could actually do computer science even though I’m not the best at it … The ‘and anthropology’ was something offered at UIUC which I applied to because I enjoy learning with some sort of ground in humanities. People are my [jam], I’m into it.”

“I was originally unsure, and I was going to apply undeclared. But I realized somewhere down the line that I would rather do a BA than a BS. I don’t want to do math and science classes all the time. So I decided on anthropology; I like writing essays and learning about people and places. It seemed right.”

“STEM is more solid, as far as I have heard. Still, anything goes when it comes to the battlefield that is the workplace.”

“I have known all my life that medicine is my ideal profession, and it happens to fall into the field of STEM, rather than a choice I made consciously.”

“I’m not good at writing or music stuff. I kind of know piano and like playing it, but I know I like math and physics, and I can get a job there.”

“I’ve realized you need a basic understanding of both; artists need to know why STEM is important, and if you’re in STEM you gotta know why art is important. They aren’t totally separate; it’s not black and white, it’s grey … we’re in a grey world. I see the beauty in STEM and how physics works … Well, I initially came to IMSA thinking I was smart at math and science, but I started leaning more towards humanities. To be able to write really compelling pieces that leave an impression … I want to do that.”

Do you think high school has prepared you for your major of choice? (Why or why not?)

“IMSA has shaped my perception of what it means to study biology. Through my SIRs at the Chicago Botanic Garden, I learned what it meant to be a researcher and those SIRs definitely influenced my choice of major. Also, IMSA has allowed me to take classes relating directly to my major which has further prepared me for college level courses in my major.”

“In some ways my school has prepared me, but music Ed. is very independent. I’ve relied on myself more often than on instructors, but I’m always open to learning and experiencing more in the future.”

“Yes. I’ve been taking classes that correspond, but I think I’ve prepared myself more, though.”

“Probably not. But that’s okay, I guess my ‘passion’ will carry me in college.”

“Not really. But that hasn’t stopped me from taking IMSA courses tangential to the major I like.”

“I guess. I didn’t really learn anything specific to computer engineering, but I was able to take classes in math, physics, and computer science. The classes I’ve taken will probably help me when I am pursuing my major in college, though … I like computers and we have lots of computers here. You know, maybe probably.”

“I think so. IMSA has a surprisingly good humanities program and the whole experience gives you a lot to think about in terms of how you view the world … and at the same time, you need a good STEM education because the more you understand about how the world works, the more intelligent you become, and that’s helpful in any major really.”

Be the first to comment on "STEM vs. Arts Majors: Questions for the Class of 2017"