On Sunday, January 22nd and Monday, January 23rd, members of Mod21 held their annual Winter Concert. With a lot of cookies and great songs throughout the night, it was one of the best winter concerts thus far. This year, their theme was “Fashionably Late,” and, true to their theme, they performed holiday songs such as ‘All I Want for Christmas’ and ‘Carol of the Bells’ that blended beautiful harmonies and intricate parts, as well as songs by popular artists like Imogen Heap. Singer Esther Mathew (’18) says, “I always love seeing our group come together, buckle down, learn the music, and perform in an ultra-comfortable and relaxed setting. Watching my James Bond 007 arrangement come together and the audience’s faces when were started singing ‘Hide and Seek’ was priceless.” 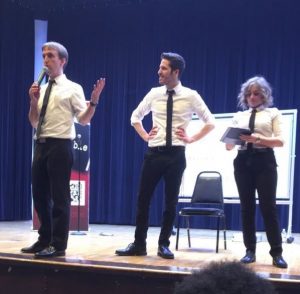 Comedy troupe Mission Improvable came to IMSA campus on Friday, January 20 for a CAB-sponsored show. Using random suggestions and quick thinking, four “agents” completed a number of improvised sketches that brought the audience to hysterics. They also stayed behind after the show to interact with audience members and answer questions about the improv troupe, their careers, and their experiences. Audience member Naomi Nakajima reminisces on the show, saying “it was an interactive and hilarious experience… My favorite part was when two agents pretended to be cops interrogating a third agent– but he had to guess what his crime was!” 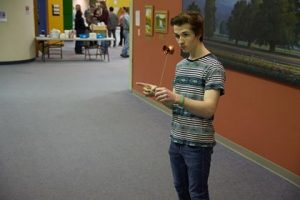 Friday Fest is a popular dinner option for students who remain on-campus on select Friday evenings. Recently, the tradition of performance was implemented; in exchange for being served first (which is significant as most fests feed 400-500 students), students can perform for those in line if they have any special talents. Alongside this change, Friday Fest has also been expanded to other days of the week. On Sunday, January 22, IMSA held its first Sunday Fest! Main dishes like buffalo wings, baked ziti, and fried rice abounded, as well as some side dishes, fruits, drinks, and dessert offerings. While in line, students were given numbered cards, another more recent practice, to ensure that those who waited the longest were served first. 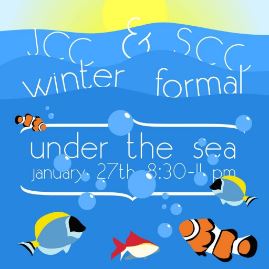 Winter Formal was also on Friday, January 27. The junior and senior class clubs hosted the second dance of this school year to raise money for prom for the classes of 2017 and 2018. They provided food, music, board games and more and decorated the Old Cafe to fit the “Under the Sea” theme.