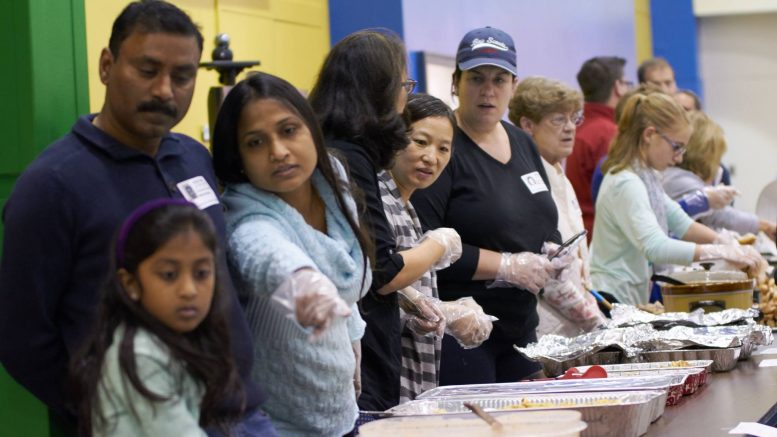 It’s been almost three weeks since our last extended, and I’m already missing home (especially the most important part of going home: food!). So when Friday Fest came along last Friday, I was so excited to get a taste of home cooked food. When I found out that it was almost cancelled due to the reckless behavior of some students, I was devastated.

During our last two Friday fests, you may have noticed that there were RCs blocking both of the exits of Old Cafe to ensure that no students were taking food out; the students were forced to either throw the food away or go back to Sodexo to finish their food. If you’re anything like me, you always take more food than you can possibly eat in a sitting, so you can eat the rest around 2 AM while you Netflix away your time.

But as of now, taking food outside of the cafeteria during Friday Fest is no longer an option.

The reason? Security and maintenance staff have found food all over the Main Building in random places such as near ITS, the TV Pit, bathrooms, the cubbies, etc. and they don’t want the responsibility of cleaning up old, forgotten food. Jim Laughead, the Friday Fest event coordinator, received an email 3 Friday Fests ago from Mrs. Katie Berger saying that if he didn’t do something about this issue, Friday Fest would be cancelled for good.

What’s shocking though is that this was never an issue before, and yet all of a sudden it became a noticeable problem. Laughead says that there have been complaints of finding “food a couple days later with rodent pellets around it.” Mrs. Berger told Mr. Laughead that from now on, he will need to have parent and RC chaperones blocking the Old Cafe exits.

However, this isn’t a foolproof method. “If the chaperones get even a little distracted, people are finding ways to bring food out,” says Laughead. “And if this continues, Mrs. Berger will have no choice but to shut Friday Fest down for good.”

Consider the consequences: so many students would be stuck eating Sodexo for 6 weeks straight unless they ordered food. We all love Friday Fests! It’s the reason why some of us stay back late on some Fridays, the reason we ask to “go to the bathroom” in the middle of class to grab a ticket, and the reason we sit in line for hours, driven solely by the idea of comfort food. Mr. Laughead has been fighting hard to make sure we keep our Friday Fests, so now it’s time that we do our part! We should clean up after ourselves and establish some trust with security and maintenance, so that eventually we may earn back the privilege of taking food out of Old Cafe again. I only have so many Friday Fests left before I graduate, and I want to be able to take food back to my room, so just do us all a favor: if you want to take food out, clean up after yourselves. Otherwise, there may no longer be Friday Fests for our feasting pleasure! And Mr. Laughead has a final message for us all:

“If the students keep the food in the cafeteria, we can keep the Fridayfests going.”

Akhila Vuppalapati is from Naperville, IL and currently resides in 1503 C-Wing where she is a wing guide. She is currently a staff writer for the ACRONYM.

Week of Jan 22 in Review

Terrorist Laptop Bombs Can Get Past Airport Security

Be the first to comment on "Help Keep Friday Fest!"