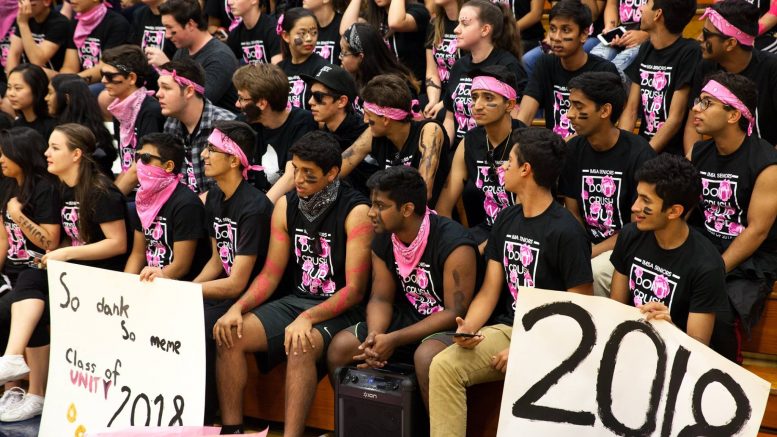 For many students, this was first large set of applications of the season. Seniors have been writing essays, polishing resumes, and (hopefully) sending test scores for the last few weeks as they prepare their Common Applications. Most seniors chose schools they were applying to by the Early Action deadline.

“I’ve been trying hard to fit 12 early applications before the November 1st deadline,” says Lewis Oh (‘18). “Although it was a lot of work, I think I really enjoyed sharing my essays with friends and reading about what others wrote for their essays!”

Indeed, there was plenty of peer-review among friends seeking feedback on their Common App and supplemental essays. Many reported finding their peers’ essays interesting and a source of new insight into friends.

While the first deadlines have passed, there is still a lot on many seniors’ minds, especially in regards to the application process and the atmosphere as a whole. Many feel there is an exorbitant amount of stress placed upon the seniors, putting too much pressure on them to sort themselves out as if their future wholly depends on it.

The intricacies of the writing sections on applications have been an especially controversial topic. Touted as the chance for admissions officers to ‘get to know the real you,’ many seniors feel otherwise. “One thing I’ve noticed from talking with the CACs and other people ‘knowledgeable’ about the college application process is just how much admissions people love cheesy anecdotes and sayings,” commented Blair Hu (‘18).

Many find themselves trying to focus their essays to make them stand out until their writing isn’t really about them anymore.

“I have to make up an answer that I think they will like because we all know ‘I want to be well rounded’ isn’t something they want to hear. But what if I do want to be well rounded?” argued Charlie Hultquist (‘18). Many feel the admissions officers are out of touch for seemingly wanting superficial presentations of students as opposed to a real insight into their personalities.

Besides the reservations towards the application system, others have felt discouraged by the competitive nature of the college season. “I am not the brightest individual and I felt really discouraged/intimidated by others because of their test scores and grades, the schools that they are applying to, etc.,” says Jessica Forbes (‘18).

Not only that, but there is simply a deepened sense of negativity.

“Also today in Spanish, our teacher wasn’t here, and so our teacher from last year took attendance. We all had to go around and say how we were doing, and, I swear to god, every single person in that room said some sort of variation of ‘tired,’” says Charlie. “Maybe it was everyone just feeding off of everyone else’s negativity, but it truly was a sad sight. Like IMSA, in general, has turned us into the walking dead, and college just furthers this.”

Still, many find a sense of camaraderie amid the grueling work. Jessica adds that “all that matters is what you do in college and after college…not necessarily where you go. I feel like it’s really important for people to know that everyone will go to college, and everyone will be successful no matter where they go and what they do as long as they focus on themselves and let their passion drive them.”

The general consensus among the seniors is that the application season is hellish. Still, they find ways to cope, usually with each other. Whether it be ranting over the process, staying up late together writing essays, or reveling in the terror of it all, they all know they won’t only survive; they’ll prosper.

Be the first to comment on "Coping With College Apps: A Senior Status Update"