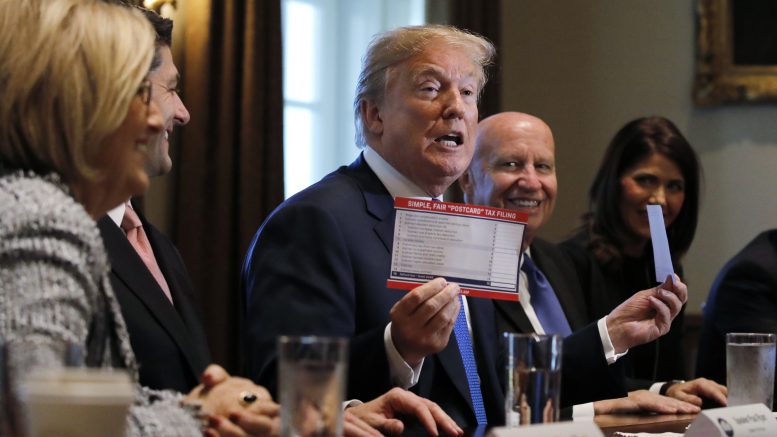 On November 2nd, the Tax Cuts and Jobs Acts, a tax reform bill, was introduced to Congress. The bill is meant to change tax policy in numerous ways, including changing interest deductions on student loans.

Student loans are on most high school seniors’ minds as they decide which colleges to apply to and, more importantly, which college to commit to. This concern is well-founded, as Benjamin Snyder of Fortune magazine writes that “in the 10 years from 2004 to 2014, the average student debt rose by 56%.” The United States has a staggering national total of 1.4 trillion dollars in student loans, with the average student owing $27,857.

Right now, students can deduct up to $2,500 in interest on their student loans without having to itemize their taxable income. This means that you do not have to fill out an extra form to attach to your tax returns and you still save money when paying back interest on loans. A student who hits the $2,500 interest maximum saves about $625 a year.

With the new tax plan, this interest deduction could be eliminated. With over 12 million people claiming student loan interests deductions in 2015, these new deductible cuts could affect almost ten percent of the younger working-age population. Fortunately, there are still state tax deductions for student loans, offered by thirty-seven states and D.C., even if the federal deductions are repealed. The House bill also seeks to almost double standard deduction, which would “raise it for singles to $12,000 and for married couples filing jointly to $24,000.”

Even though the Tax Cuts and Jobs Act may remove interest deductibles, the Republicans (according to a recent Money magazine article) state that benefits are “so complicated that they are ineffective because many taxpayers cannot determine the tax benefits for which they are eligible.” However, the American Association of State Colleges and Universities states that “these changes together would make college less affordable for the vast majority of students who access higher education through public colleges and universities.”

Although it is now difficult to determine how all these changes will affect students overall, if interest deductibles are removed, current and future university students should be prepared to pay the full tax interests on their loans.

Has IMSA Stopped Pioneering? An Investigation into IMSA’s Academic History

Be the first to comment on "Tax Cuts and Jobs Act, and Student Loans"