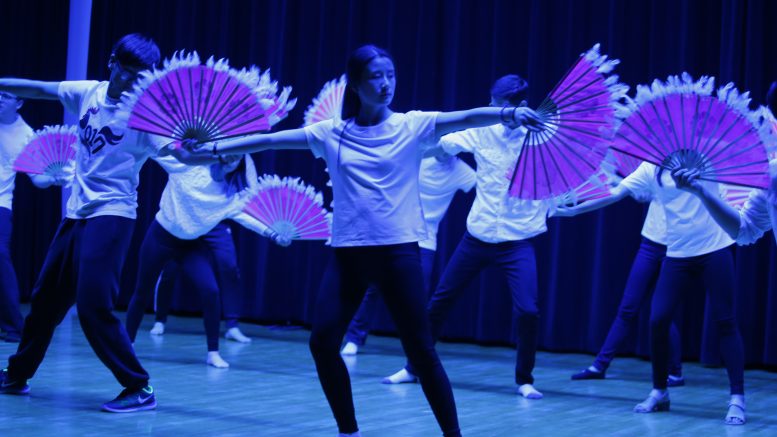 At long last, the Lunar student show made its 2017 arrival, displaying various arts of Asian culture and making its mark on the IMSA community once again.

As with other culture shows, the Lunar performance had its own stunning share of dances and drama. From its traditional performances to modern dances and even a martial arts demonstration, the performance kept its audience engaged in the action.

The Lunar performance did well not only to bring such elements to light with its choreographed forms but also cleverly set those dances alongside the forms of other cultures, hip-hop being a notable example. The show’s story was seamlessly woven into its dances, another impressive accomplishment. The plot followed two divorced parents falling in love and getting married, thus forcing the children of the respective individuals to live together in a rather tumultuous relationship, either coming to terms with each other or pulling the entire family apart.

But one of the most interesting pieces of the story was its freedom of interpretation. The family in the play threatens to tear at the seams for all of act one and the better half of act two. One interpretation was to compare the family conflict to the relationship between two differing cultures, American and Korean for example. When forced together, the dissimilarities of the two will likely breed tension.

But just like the characters in the play came to realize, once the differing parties lived together for some time and tried to understand and work with one another, they took a liking to each other. It was only a matter of time before the kids sought to make amends for the hurt their disagreements had caused.

All it took was a conscious choice to live and love together. A simple choice, and they became family.

While this is just one interpretation of the show, the idea is still an inspiring one, especially appropriate for the new year. It is about time we set aside our differences to make amends.

For any wishing to view the Lunar 2017 show online, click the link below and enjoy.