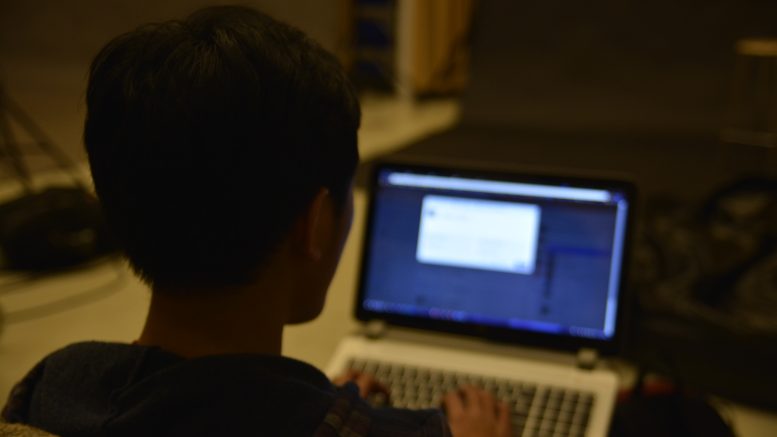 On Sunday night, February 5th, IMSA’s “Clash of the Halls” color reveal kicked off the much-anticipated event for a campus full of eager students. With colors known across campus, halls are now ready to finalize their official theme and begin event planning.

Ever since 1507’s legendary fake theme in 2015, “Tomato7,” students have carried on the tradition of “meme” themes for their halls. In 2016, the campus saw “Salt05” and “Enviro2” emerge on their Facebook feeds.

This year, the flow of “meme” themes was inevitable. Unfortunately, two students of residence hall 1503 allegedly overstepped bounds with what was appropriate to post online. After receiving white as their hall color, the students made “KKK03” and “White Supremacy03” posts. The pictures were posted to the 1503 Facebook group, but were not public to all Facebook users.

Sophomore student Tyler Fullilove (‘19), a member of residence hall 1506, took offense to the posts. Fullilove says, “We didn’t feel safe. Not in the sense that there’s going to be a Klan meeting next, but in the sense that we are not respected here, and things like this are still happening. There’s this quote by Angela Davis where she said, ‘History can’t be deleted like web pages are’. This mindset, whether it was the intent or not, is still being perpetuated by images like these.”

Alongside this, a slew of other hall representations were posted, including “Homo7” and “Erect04.” “Homo7” was labelled as inappropriate by some members of administration. All students with fake theme profiles have been asked to remove them by Student Council and the Campus Activities Board. Those who refuse will lose points for their hall in the upcoming competition.

Several students protested the accusations that “Homo7” was homophobic. Robert Lou (’17), who created the meme, explained the intention. “Last year, we were joked around as the gay hall. But that’s not it. We declared ourselves to be a homosocial hall,” he said.

He explained the term. “Being homosocial is generally just a culture that is very, very comfortable with close relations between people of the same gender,” he said. He claims the image supports the hall’s homosocial culture.

“If you’ve ever heard of queer nation, their pride slogan is ‘we’re here, we’re queer, and we’d like to say hello.’ When I posted it, it was a little bit of a joke, but I was also really proud of the homosociality that is associated with 07,” he said.

Accusations that the image was homophobic have upset Lou. “I have looked at the photo so many times and showed it to queer people. It’s very hard for me to see that photo as homophobic in any way. ‘We’re here, we’re queer.’ I see that some people may have took that a little poorly, but they don’t realize it is indeed the slogan for queer nation,” he said.

“If you find my post homophobic, is that saying more about me being homophobic, or are you the homophobe for finding it bad? To me, it very much is a symbol of pride. Even looking at it now, I still see it as a pride symbol, at least that’s what I wanted it to be,” he said.

Members of the staff and the students involved apologized to the communities affected. And while such offense was undeniable, students across campus began to question the school’s role in intervention online.

At the moment, it is not clear to students at what point the academy can prohibit their speech. While hate speech is sure to be shut down, what of Facebook posts expressing controversial political views? What of blog essays expressing frustration at the academy itself?

As high school students attending what is both a public educational institution and state agency, our first amendment rights are not crystal clear.

Student first amendment rights were first brought to the nation’s attention in the 1968 landmark court case Tinker vs. Des Moines Independent Community School District. Five students made plans to wear black wristbands in their public schools to protest the Vietnam War. Upon hearing of this, the principals of the schools created a policy stating children wearing the band would be requested to remove it immediately.

The students persisted and were later suspended. When the parents took the case to court, the Supreme Court held that public high school students had first amendment rights, and ruled in their favor.

The court upheld that student expression could not be prohibited unless it “materially and substantially interfere[s] with the requirements of appropriate discipline in the operation of the school.”

Unfortunately, the actions of students in 1503 can be considered interfering with the operation and discipline of the school. The 2016-2017 IMSA Student Handbook Code of Conduct proposes students are not to “say or write any defamatory, vulgar, rude or obscene remarks, make statements damaging others, or statements that are harassing to others.” As the KKK is a symbol of hate, it does not comply with the above statement, interferes with school discipline, and interferes with school operation.

On the other hand, if 1507’s image is indeed considered a symbol of pride, it would be difficult to label it as a material or substantial disruption to academic procedure.

Upon attendance of the academy, students are required to sign the handbook, promising staff and faculty they will follow a certain code of conduct until graduation. Whether it’s online or in person, comments made on IMSA’s campus or on IMSA servers fall under the jurisdiction of the handbook.

What’s more, regardless of location, if the comment or image is made in affiliation with the academy, it falls under the jurisdiction of the handbook. Because all profile pictures in the last week fell under such category, the school maintained the right to request removal.

Disciplinary actions for the students in question are yet to be determined.

Be the first to comment on "Editorial: “Meme Themes” and Freedom of Speech"