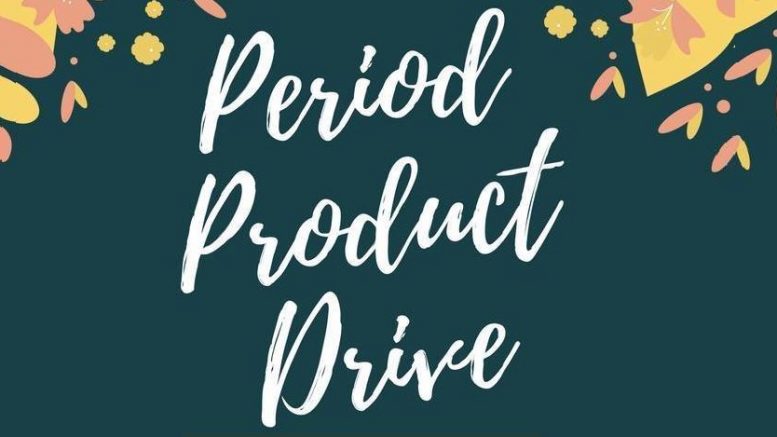 Due to low donation quantities and a social stigma surrounding menstruation, homeless women often struggle to access the personal hygiene products that many take for granted, a problem that can mean choosing between food and hygiene products.

Members of Beautiful Empowering Ladies Leading All (BELLAs) wanted to tackle the issue head-on with a “Period Products Drive.” From February 1 to March 4th, 2017, members of BELLAs are collecting pads, tampons, hand sanitizer, and cleansing wipes to donate to Hesed House, a local homeless shelter.

Boxes placed in each hall already contain donations from parents and students alike, but BELLAs hopes to collect as many products as possible to make the greatest impact.

On February 2nd, when BELLAs president Hannah Cavagnetto (’17) attempted to get advertisements approved, members of Student Life staff prohibited the use of the word “period.” The choice was given to change the name to “Feminine Hygiene Products Drive,” or advertise without posters and emails.

According to Cavagnetto, Student Life believed the word to be politically incorrect. She believes the decision was an attempt to avoid awkward conversations with unhappy parents.

In a conversation with Katie Berger, she explained that she believed the change was in the best interest of the club. “[Hannah and I] discussed the purpose of the event and how to best message emails and other communication…to generate the best results and ensure the most items could be collected and donated to Hesed House,” she said. Ms. Berger, who used to advise BELLAs, emphasized she wanted to help the group collect the most products.

The BELLAs president commented on the situation. She said, “I was disappointed by Student Life’s response to our product drive, because censoring the word ‘period’ does little more than further perpetuate the stigma surrounding the word.” She believes that changing the name of the drive to the “Feminine Hygiene Products Drive” prevents BELLAs from achieving their secondary purpose of eliminating this stigma on campus.

The Feminine Hygiene Products Drive will be accepting all donations of pads, tampons, hand sanitizer, and cleansing wipes until March 4.

Dealing with the Winter Blues

Human Trafficking: Closer to Home Than You Think