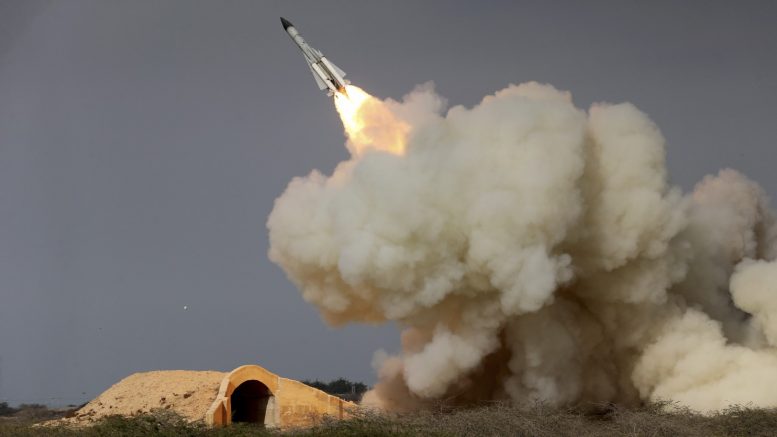 An S-200 long-range missile is fired in Bushehr, Iran. (Image from The Washington Post)

The sanctions added by the U.S. Department of Treasury target 13 people and 12 companies with ties to Iran, including groups located in China, Lebanon, and the United Arab Emirates. This move by the U.S. marks the beginning of an escalating campaign to confront Iran in its military exploits.

According to a U.S. Treasury Department press release, the sanctions target individuals and entities “involved in procuring technology and/or materials to support Iran’s ballistic-missile program” or “acting for or on behalf of, or providing support to, Iran’s Islamic Revolutionary Guards Corps-Qods Force (IRGC-QF).”

U.S. national security advisor Michael Flynn confirmed a more confrontational stance towards Iran, stating that the “international community has been too tolerant of Iran’s bad behavior.”

“The days of turning a blind eye to Iran’s hostile and belligerent actions towards the United States and the world community are over,” said Flynn.

Tehran responded with the Iranian Foreign Ministry issuing a statement that denounced the new sanctions as “not compatible” with previous international commitments, adding that Iran “will impose legal restrictions on some American individuals and entities that were involved in helping and founding regional terrorist groups” in response.

However, a senior U.S. administration official has stressed that they abide by the commitments made under a deal between Tehran and major international powers which restricted Iran’s nuclear program. With the new sanctions, Washington has been conducting a “larger strategic review” of its approach to Iran.

“We have consistently said that we will continue to counter Iran’s support for terrorism, destabilizing activities in the region, human-rights abuses, and its ballistic-missile program, including thorough sanctions where appropriate,” he said.

Be the first to comment on "U.S. Treasury Department Puts New Sanctions on Iran over Missile Test"