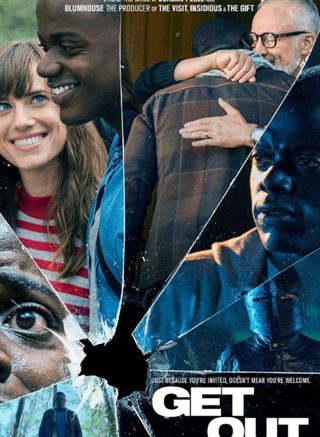 With the theaters abuzz with several new blockbusters from Kong: Skull Island to 20th Century Fox’s Logan, the box office bar has been set quite high. Despite the odds, the standard was one that director Jordan Peele’s debut work Get Out did well to meet, if not surpass. A record success, the film blew its $4.5 million budget with a $113 million reaping, a message as much as it is a milestone—a message that raises the question: what is it that makes or breaks a movie, anyway?

Get Out follows a young African-American Chris Washington visiting the home of his Caucasian girlfriend Rose Armitage. Despite expressing his concerns about the reaction of the Armitages to the relationship, Rose assures him that her parents would be welcoming. However, the longer he stays, the more Chris learns more about his partner’s family history and their darkest secrets.

It’s a story with a potentially polarizing premise, true. That alone has fueled some audiences’ offense; it’s a subject that is so sensitive, it seemed unlikely to ever see a huge turnout — at least until its record-setting opening weeks.

Let’s not forget the risk of casting minorities in main roles. Conventional Hollywood logic claims that it takes one minority to ruin a perfectly good plot, and that most, if not all, movies require a European lead.

Except for Get Out. And Moonlight. And Hidden Figures. And Fences. And Selma.

The subversion of certain strains of thought do not have to be stated; they can be seen. The success of Peele’s work seems to show a shifting in the market, a change in consciousness. An answer to the question: what makes a great movie?

Great movies are great stories, complete with characters one can empathize with and invest in. Get Out is one such story, a subversion of a stereotype in every aspect.

In the words of Jordan Peele himself, he is “one of many.” There are more films and filmmakers like him to come.

Get Out was released in the United States on February 24, 2017 by Universal Pictures.

Be the first to comment on "Get Out: Subversion at Its Finest"