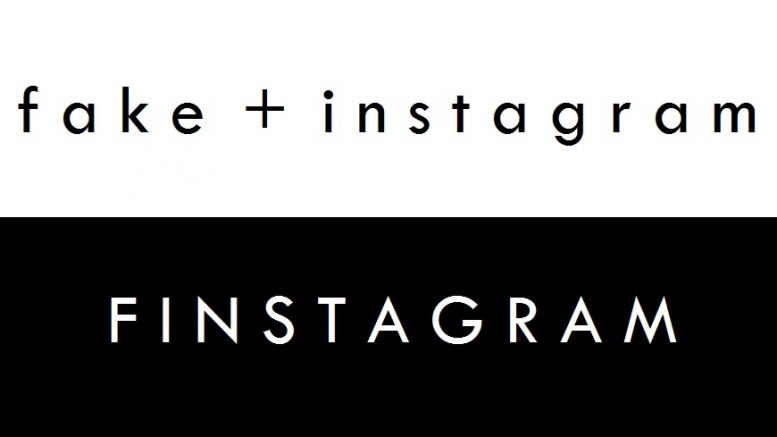 If you scroll through my Instagram account from sixth grade, you’ll see two things more than anything else: pictures of myself and food. But as you peruse the more recent posts in my feed, things start to change. There must have been some point- it’s hard to remember now- when I started trying to emulate the pictures I’d seen on the more polished parts of Instagram.

I took nighttime shots of the Sears Tower, vast sprawling cityscapes, and tropical beaches. This is in comparison to the ones I’d posted before of wet pants after accidentally sitting in a meditation pool, dog poop I had stepped in on the way to school, and the taro milk tea I’d bought for lunch.

Over time, Instagram had become a simple photo-sharing service to me, and the captions and unique moments behind them were nothing more than an afterthought.

I did not know about “Finsta”, or fake Instagram, until the start of sophomore year. That idea is that on a “Finsta” account, you don’t have to put up any facades, care about how many followers you have, or care about how many likes you get. You say whatever you want, about anyone or anything, and post it online for the world to see.

But why would anyone want to do that? Ask any IMSA student about it and you’ll get a variety of responses.

Student Charlie Hultquist (’18) says, “Finsta is a useful micro-community for people to be in… it’s so small that everyone feels like they know each other.”

But in response to comments like Charlie’s you’ll get an equal number of people who completely disagree. A few seconds after I interviewed Charlie, his friend Henry Wittich (’18) intelligently commented, “It’s stinky. It’s snakey.”

In all seriousness, there is legitimacy and exaggeration to both viewpoints, although perhaps it can be worded differently.

People think Finsta is “snakey” in the same way the Dark Web is. While the use of it is not inherently a crime, it’s often associated with the kind of abuse that causes kids to become depressed or bullies to get their college applications rescinded. I’d argue the majority of Finsta users aren’t interested in stirring up trouble, but simply need a space to vent.

It’s interesting to see how there are more dimensions to people than you may think. In our daily grind at IMSA, it’s easy to slip into that God-complex, or the idea that some of our classmates are incapable of failure. Scrolling through your Finsta feed may prove the opposite: the girl who sits with you in English? She may ace those essays but she is not acing that relationship.

And what keeps the sad posts from being overpowering is the intense humor you will find on some pages. Whether it is a creative username or your parent’s constant nagging advice, there is a lightheartedness that takes away from the darker side of Finsta.

Notice, on the other hand, that the act of owning a Finsta account might not solve all your problems, or even make you feel better about them. Radeesha Jayewickreme (‘18) says, “it’s nice to have people liking your posts because you feel less alone…but it has taken away from reaching out to a few people and building a support system.” And to an extent that’s true.

It’s a popular belief among Finsta users that likes directly translate to sympathy, but that’s often not what people need. There’s an appeal to getting support through phone calls and face-to-face conversations which your regular Finsta can’t replicate. More often than not, your hundreds of words of abject grief may be met only with a couple of likes, and then you’ll question why you made this account in the first place.

That’s all fine and dandy, but in the end, this all boils down to one question: should you get a Finsta or not?

It depends. Regardless of what you choose in the end, just realize there are opposing forces everywhere.

Be the first to comment on "The Healing Power of Finsta"