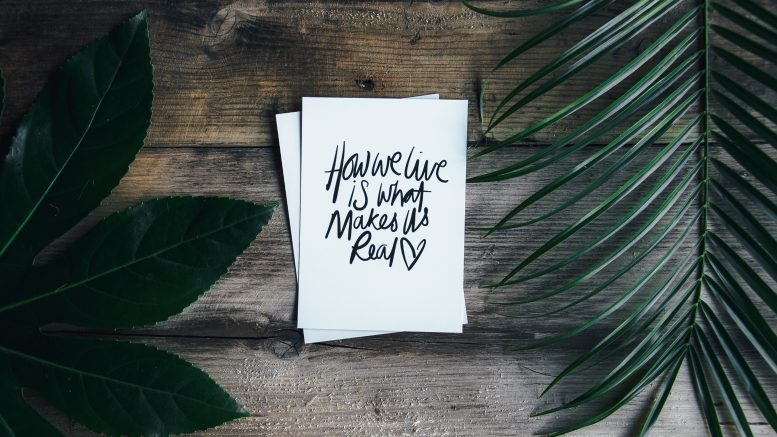 How we love makes us real. Source: Unsplash.

You asked, and we answered! Keep sending in more of your questions, so we can continue to solve just about everything together <3

Personally, I can’t say that I would know. But from what some of my friends and family have told me, they recognized they liked the same sex, and what they confused as a really powerful friend crush turned out to actually be a romantic crush. At the same time, do not feel pressured to label yourself as “straight,” “bi,” “gay,” or any of the other sexuality labels that exist. You can just go with the flow right now, and if you end up liking someone from the same sex, then great. If not, that’s also great. Just take it as it goes and don’t be in a rush to figure it out :) You’ll figure it out in the end, but just let it come to you naturally.

I would suggest any of these: Blonde Roast, Clover Brewed Coffee, and Pike’s Place Roast. The Short contains – 180 mg, the tall – 260 mg, the grande – 330 mg, and the venti – 415 mg. That provides a good range budget-wise, but these are the cheapest drinks for the most caffeine. Personally, I would also spring for a lot of fruit (like apples!) because they’re so refreshing and give you a lot of natural sugar and energy.

I would suggest you talk to Dr. Eysturlid. He’d just looovee to answer your question. Let me know if you want me to set up an appointment for you!

I have always found that having an honest conversation with someone is the best way. It’s totally possible that you could be feeling a disconnection, but your significant other might think that your relationship is completely fine. They’re your partner, not a mind reader (which sounds simple, but it is hard to remember in these situations). Once you bring up whatever has been bothering you, most conflicts are resolved just by talking through them, and it can often just be a misunderstanding. But on the off chance that you feel like you’re being lied to, try to look for clues. Do they seem to get really nervous when you bring up a certain someone or a certain topic? Do they maintain eye contact? Or do they never seem to want to talk about something? These are important things to factor in, and if you truly feel like you’re being lied to and they are in fact cheating on you, it’s up to you to consider what you would like to do. Personally, if they cheat, I’m out. No second chances. No explanation needed. No justification accepted. But if you believe that you guys can work it out, then that’s great for you both. But remember, trust is very important in a relationship. And if you’re worried about them losing interest, talk to them! Communication is so important! Like I said earlier, they could be thinking that you guys are completely fine while you’re worrying about whether or not they’re losing interest. It could just be that they’re under a lot of stress right now! Or, it could be that there actually is something wrong between you both, but you won’t ever know until you openly discuss. This isn’t some random person, it’s your significant other; you’ve had some time to build some trust and comfort within the relationship so this won’t be some terribly awkward conversation. They’ll be able to see that it’s something that’s important to you and that it’s been on your mind quite a bit. Good luck! And I trust that if it’s truly meant to work out, it will.

You should keep an eye out for The Acronym’s Holiday Edition, where we’ll talk about what to get your S.O! Hopefully, I’ll be getting something off of that list too ;) But if you’re in need for gift ideas now, I can spare a hint or two that I’ll talk about more in the Holiday Edition. Essentially, spending more money does not in any way mean it’s a better present. It needs to be thoughtful (please don’t roll your eyes at that, I’ll explain, I promise). Your gift needs to have some sort of meaning or connection to the person rather than just “oh everyooonneeee likes this so they will too.” Whether it be that you get them a candle that smells like Hogwarts because they’re a candle and Harry Potter fanatic or a new wallet with a picture of you both inside because their wallet is falling apart at the seams, just make it a bit personalized :)

To be honest, I think that it would be extremely difficult, but then again I don’t know your mathematical skills. BC Calculus 2 really does build on your BC1 skills which definitely will be hard to do if you’re trying to acquire BC1 skills at the same time. It works for MI4 and BC1 because MI4 comes into play mostly in BC3 while BC1 and MI4 teach different separate concepts. But hey, if math comes to you super naturally then go for it (of course, you have to check with the math department if it’s possible). But, I would advise against it, even if the only reason you’re doing it is that that way you can make space for other courses. After all, if that’s the reason why, you can always do what Mr. Ordoñez did and take 4 math classes at once. :)

Hope this helps you all! Ask, ask, ask away! As you can see, we’ll answer just about anything, so submit questions here!

Akhila Vuppalapati is from Naperville, IL and currently resides in 1503 C-Wing where she is a wing guide. She is currently a staff writer for the ACRONYM.

Be the first to comment on "Ask Acronym: The Answers, Part II"