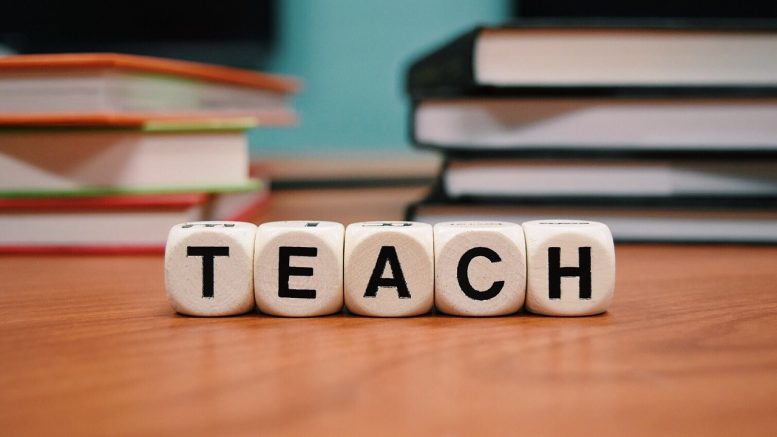 Course selection is in the air; sophomores struggle to navigate IMSA's course catalog, while juniors desperately attempt to plan out the final year of their pre-college lives. Source: Pixabay.

Last week we offered advice on how to find an SIR project. Perhaps we did things out of order, since choosing your actual academic courses should take top priority.

With the course selection meetings and elective mini-fair this past week, you’re no doubt poring over the 2019-20 course catalog, drawing up a list of graduation requirements, and signing up for courses in hopes that you won’t get that teacher. (Oh, and for advice on how to deal with bad teachers, see our previous article).

So what are some factors that you should take into account when choosing courses?

This article is divided into two parts – the first part is dedicated to the practical side of things (i.e. meeting graduation requirements), while the second part lists the factors involved in actually choosing electives.

An important thing to note is that you will have to double up on science courses for at least one semester, excluding sophomore year. You take a total of 4 science classes in sophomore year (SI Biology, SI Physics, SI Chemistry, and Methods in Scientific Inquiry), earning 2 of the 4 science credits required for graduation. From there, you only have to take 1 science class per semester – but wait. There’s an additional 1.0 credit required in either math or science. You already have an extra half-credit from Computer Science Inquiry, but at some point, you’ll have to take two science classes (or two math classes) in one semester to get that final half-credit.

If you’re in Advanced Biological Systems, you get at minimum 1.5 science credits from sophomore year and another 1.0 (since ABS is two semesters) from junior year. From there, the math works similarly. You’ll still have to double up on math or science classes for one semester – it’s just that one of the sciences is chosen for you.

Choose your “double-up” semester carefully. Math classes at IMSA give notorious amounts of homework, and lab classes require lab write-ups and generally cover more advanced material. You probably don’t want to double up during first-semester senior year because of college applications, which are effectively an additional class. And if you want a legitimate SSS (second-semester senior), then your only option is to double up sometime during junior year.

Alternatively, you could take two less intense sciences, or a core math class paired with a lower-level elective (such as Discrete Mathematics or Statistics). However, that does restrict you from exploring the best/most advanced math and science classes that IMSA has to offer. Probably the best “happy medium” is to take a core math class simultaneously with a computer science class (Object-Oriented Programming or Web Technologies), which counts for math credits.

Regarding English and social science classes, for juniors, Literary Explorations III is a requirement for first semester English, and World in the 20th Century is a requirement for second-semester history. The other two semesters are up to you. You’re required to take one English and one social science class every semester, so you basically have total freedom in choosing electives. Creative Writing Workshop is quite popular, although you’ll have to be comfortable sharing your work with others (hence the “Workshop” in the title).

Finally, for foreign language — seniors, you do not have to take a third year of the same foreign language. While colleges would probably like to see more than 2 years of world language classes, it’s a perfectly reasonable choice to drop foreign language and schedule in a math or science elective that you wouldn’t otherwise be able to take.

With the messy numbers and graduation credits out of the way, which courses should you actually take? A lot of factors play into this.

The course content is the prime factor (or at least, it probably should be) in deciding whether you should take a course. If you enjoy the course material, you might find the coursework less of a burden. If you already love the subject matter, the quality of the teacher or their teaching style won’t influence your opinion of the course nearly as much.

The workload is also something to take into account. While you shouldn’t abandon a course solely on the grounds of “too much homework,” it’s also important to look at your entire (planned) schedule and think about how it will work out. For instance, you probably don’t want to take Linear Algebra and Modern Physics simultaneously. The math and science courses at IMSA are generally the hardest of all; if you happen to be taking an easier math or science class, that opens a potential opportunity to take a more advanced/time-consuming humanities class, such as Political Theory. Balance out the workload and difficulty.

The teachers and their grading style are a (very slightly) less important factor. They say that teachers shouldn’t influence your opinion of a course. They’re wrong. If you’ve heard bad things about a teacher, you are probably not going to take their class. Or if you’ve had bad experiences with a teacher in the past, you’ll avoid their other classes like the plague.

However, before you decide against taking a course just because of the teacher, we’d encourage you to sit in on one of their classes. Observe their teaching style and determine if you can live with it. For example, some teachers promote an entirely discussion-based classroom, or, as unfortunate as it may be, an entirely lecture-based structure, or something in-between. Figure out what works for you, but always try to see the teacher in action before you start deliberately avoiding their electives.

Finally, the age of a course is probably not a factor that many people take into account. However, newer courses tend to be less well-organized and more open to student input in terms of curriculum coverage. If you enjoy change and adaptability and are interested in at least some of the new topics, then go for the newer courses. However, if you’d prefer stability in a time-honored curriculum, be wary of classes that have been introduced in the past 1-2 years.

If you’re on the fence about taking a new course, try talking to the teacher. Get a sense of how well they’ve planned out the curriculum. Ask about the specific topics that they plan to cover. The new course proposal process does require significant planning on the teacher’s part, so new courses might not be nearly as disorganized as you anticipate. (If you’d like to know more about IMSA’s new course offerings, see Jodie Meng’s article from last week).

We hope our advice has helped you to choose courses or to feel more confident in the electives you’ve already chosen. To further aid you in the course selection process, see the table below that shows electives offered per department per semester (something that the IMSA course catalog doesn’t illustrate particularly well). Happy course selection!