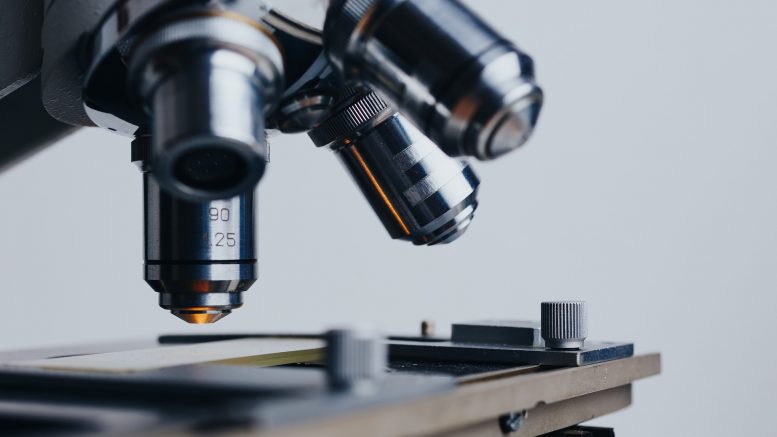 Until recently, IMSA’s science curriculum consisted of four semester-long courses taken in the sophomore year: SI-Physics, SI-Chemistry, SI-Biology, and Methods in Scientific Inquiry. This structure allowed students the ability to study a broad range of natural sciences, while also giving them the freedom to take advanced electives during their junior and senior years.

Starting with the Class of 2020, the Office of Institutional Research and IMSA’s biology department began a pilot study for a new biology course, termed Advanced Biological Systems (ABS). The concept was that the introductory biology class would be (1) moved to junior year and (2) expanded into two semesters instead of one. For the past two IMSA classes, half the students were randomly assigned to take SI-Biology and the other half to ABS.

According to a presentation to the Board of Trustees given on January 17, 2018, the purpose of this study was to “compare and contrast the effectiveness of the ABS course to the SI-Biology course” and to “identify whether the ABS course leads to better teaching and learning of complex biological concepts [and] better student outcomes.” To assess these goals, the study looked at if students who took ABS were “more likely to get higher grades and less likely to fail the course,” “report higher levels of engagement with the course material,” or “have different elective-taking patterns.”

On May 12, Dean of Academics Dr. Comfort Akwaji-Anderson and Principal Dr. Robert Hernandez made the recommendation that IMSA fully transition to ABS for the 2020-2021 academic year (Memo for ABS). In total, they gave four pieces of evidence (listed below) for this recommendation, to which we would like to present an opposing view:

The figures below, reproduced from a 2018 presentation given to the Board of Trustees, depict the difference in grades both for non-biology classes in sophomore year and for SI-Biology vs. ABS grades. First, it is worth noting that the difference in grades for non-biology courses during sophomore year is relatively small (only 90.34 vs. 89.99), and can most likely be explained simply because ABS students had one less class to take during their sophomore year, making for an easier schedule and a lighter homework load.

The Memo for ABS did acknowledge this, stating that the difference in grades “may not be directly due to ABS, [but that] it is clear that sophomores benefited from a more open schedule.” However, this more open schedule could be achieved just as easily by allowing students to take one of their single-semester science classes (SI-Biology, SI-Physics, SI-Chemistry, MSI) during their junior year, instead of during their sophomore year.

Furthermore, better grades in ABS versus SI-Biology (3.23 ABS vs. 3.14 SI-Bio) cannot be taken as an indicator that students learned more in ABS. Such an assumption does not account for the important variables of teachers and curricula, meaning that grade discrepancies could also be attributed to different teaching styles, subject material, or difficulty of grading. 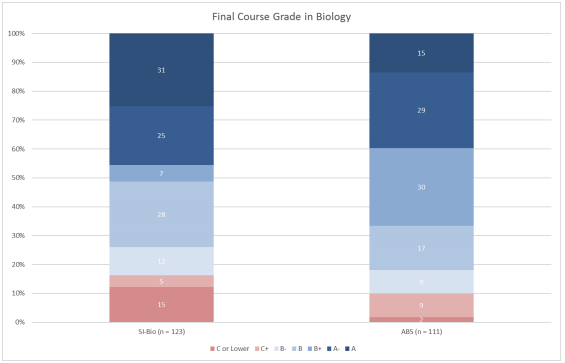 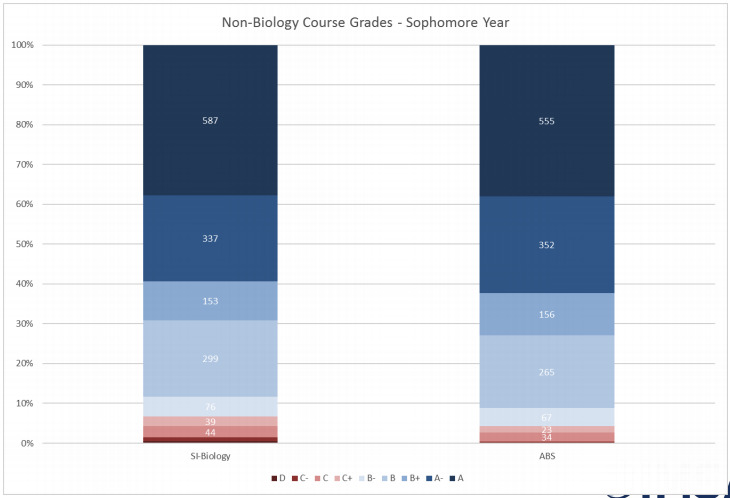 The ABS memo argues that “ABS allows us to move away from a content-based class (Scientific Inquiry-Biology) to focus on core concepts.” However, given that ABS is meant to be an introductory biology class,  it is important for it to be content-based. Furthermore, if it is possible to teach SI-Chemistry and SI-Physics core concepts in a single semester, there is no reason why the same should not be true of biology.

The ABS memo adds that “we believe we will be able to provide more engaging elective courses” if ABS were to replace SI-Biology. However, these electives could also be achieved by altering the existing SI-Biology curriculum. Further, participation in ABS limits student opportunities to take advanced electives at all — according to the figure provided below, students assigned to the ABS pilot class took significantly fewer science electives in their junior year compared to SI-Biology students.

IMSA’s advanced elective options go a long way towards differentiating it from other high schools. Thus, it seems counter-intuitive to switch to ABS and detract from student opportunities to take advantage of those elective offerings. 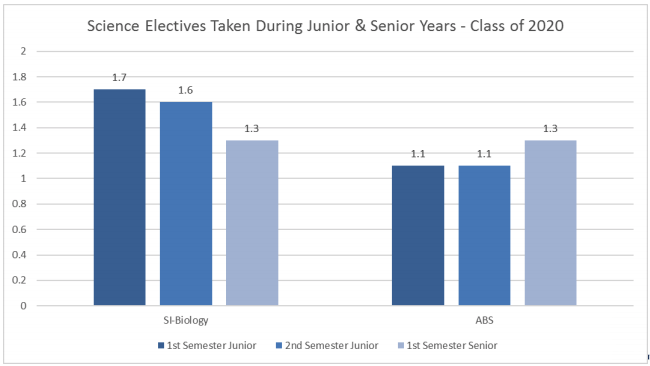 Having discussed the four points provided in favor of the ABS recommendation, we would like to provide four new pieces of evidence in support of returning to SI-Biology for all students.

Based on data taken from the Biology Motivation Questionnaire, which included factors such as intrinsic motivation, self-efficacy, self-determination, grade motivation, and career motivation, taking ABS significantly reduced student motivation relative to SI-Biology. As seen in the figure below, post-course motivation decreased more for ABS students than for SI-Biology students, which is a point in SI-Biology’s favor.

IMSA administration argued that “results may have been influenced by student attitudes regarding the study,” and that “incoming sophomores [were] influenced by upperclassmen [and some faculty members] to oppose [the] new ABS course.” Outside influences from upperclassmen likely have some rationale. However, due to the p-value falling under 0.01, the null hypothesis that the populations are equal is rejected. Attributing the statistically significant difference to factors outside of the study obscures the original purpose for conducting the study. Because students’ opinions were likely based on legitimate negative experiences with the class, the viewpoints of those directly impacted by the ABS study should be taken into account.

As discussed earlier, students in ABS took significantly fewer science electives during their junior year — including biology ones. Furthermore, ABS is a prerequisite for almost all upper-level biology electives offered at IMSA, meaning that ABS students cannot take those classes until their senior year. For students who already know they want to explore biology, ABS is actively harmful because it prevents them from taking bio electives. This is particularly important due to the high number of students interested in medicine at IMSA, for whom it would be beneficial to explore biology electives earlier in their academic careers.

At the same time, ABS also hurts students who don’t want to go into biology. By forcing them to take a full year of biology during their junior year, it eliminates the opportunity to take 2 upper-level electives in other subjects. Since junior year is particularly important in deciding on a career path and college major, limiting opportunities for chemistry or physics-oriented students to explore their passions is actively harmful.

(That’s not to say that IMSA should require students to take a full year of chemistry or physics in addition to ABS. That would take away the primary benefit of IMSA science classes: the varied elective opportunities).

In addition, it is worth noting that ABS (the second year of biology) is also an introductory course, meaning that it repeats a large amount of material learned freshman year and fails to prepare students for AP tests. At the very least, students should be given the opportunity to test out of this course.

For the myriad of reasons provided above, we urge the Board of Trustees to not dismantle the system of single-semester classes in biology, chemistry, and physics. IMSA stands out from other schools because it offers students the opportunity to explore their interests through upper-class elective offerings. A mandatory year-long class in junior year — whether in biology or any other subject — would take away that opportunity, eliminating a huge part of what makes IMSA so unique.

4 Comments on "Against the Transition to ABS: A Response to the Recommendation Given by the Principal"