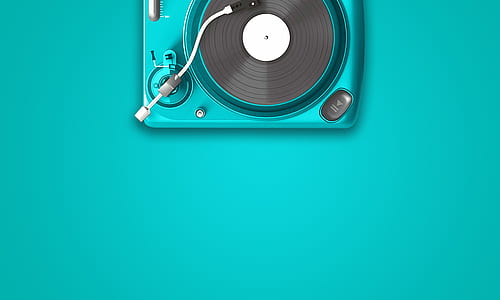 Music connects IMSA and proves to be very significant for students and faculty alike. | Source: PickPik

On May 6, 2020, a survey was sent to the entire IMSA student and faculty population, hoping to determine music preferences at IMSA. The survey included questions focused on liked songs and artists, opinions on genres, time spent listening to music, and short answers. Data was collected from 151 student responses and 15 faculty responses. Being at a math and science school, music isn’t a major priority for IMSA’s education. In response, Acronym hopes to bring attention to music and its importance for all at IMSA.

Many of the questions were a direct copy of Acronym’s article “Music Tastes of IMSA!”, published in 2018 by Henry Wittich. An update was necessary, in order to make up for two years of time and world events. At the current moment, IMSA students are not on campus, but at home due to COVID-19. Parts of the survey were focused on quarantine and how music has changed for the IMSA population at this time.

Amount of time spent listening to music, per grade and faculty, before quarantine. https://chart-studio.plotly.com/~ealcala/7

In these graphs, the students had mostly uniform results, 50% of the votes being between 1-3 hours. On campus, a majority of the day is spent in classes or extracurriculars, giving students less time to listen. The faculty proved to spent much less time listening to music than the students, with about 75% of the data being between 0-2 hours.

Amount of time spent listening to music, per grade and faculty, during quarantine. https://chart-studio.plotly.com/~ealcala/9

It is clear that a major increase in time spent listening to music occurred due to our current situation. All four categories increased data frequency in the higher values. For all three grades, around 33% listen to music for 4 or more hours during quarantine. The faculty’s average remains lower than the students’, but yet increased by itself.

In order to explore how quarantine has affected IMSA’s musical tastes beyond listening times, both students and faculty were given the option to respond to the question, ” How has music influenced your quarantine experience? In what way?” Results were varying. An anonymous student wrote, “To some degree, as I have been looking for more music in this process. I’ve discovered new artists and have been scrolling through old playlists and that had moderately influenced my music taste”. Several agreed, saying that quarantine has given them more free time to explore new artists or take recommendations from friends. Others disagreed, explaining that while quarantine has allowed them to spent more time listening to music, their taste stayed relatively within their preferred genre. Nonetheless, it is evident that all of IMSA has been given the opportunity to either listen to more of the same or different music.

Besides allowing for more musical exploration, quarantine has given IMSA a way to connect, despite being miles away. “Music has allowed me to feel close to people during a time when we couldn’t be further apart,”Elizaveta Kuzmina (’20) responded, “…making a playlist for someone, checking out the activity sidebar on Spotify to check out what my friends are listening to, or getting to know someone new over a shared interest in an artist or a new release”. Similarly, Natalie Sanchez (’20) answered, “Music has brought me incredible comfort, sanction, and solace during this quarantine. It has helped me make amends with loss and broken relationships”.

A noticeable trend in this graph is IMSA’s dislike for Country, with a majority of votes situated in the “dislike” or “hate” sections. Following Country, is Asian Pop. This genre retrieved the most submissions for “Not listened to” out of any genre. Opposite, Pop and Classical music collected the most appraisal from IMSA’s students, with over 60% “Love” and “Like” for both of these. According to ClassicFM, “… classical music has been proven to have a positive impact on a person’s physical and mental well being”. Thus, it’s no surprise students gravitate towards this genre for relaxation or stress-relief.

Data from the faculty proves difference in music taste, based on generational divides. Although the faculty proved a dislike for Asian Pop as students did, there was also a large amount of disapproval for Rap. Faculty reported a 20% “Love” and “Like”, while students reported a 60% approval rate. Rap has become more popular with the younger generations, as shown. Pop and Rock n Roll seemed to be very popular among faculty, most likely due to the earlier origination of Rock. The clear distinctions between the faculty and students’ preferences show generational gaps and modern trends among music.

The top musical artists for both students and faculty are as follows:

In accordance with the genre preferences, most of these artists fall within the Pop or Rap genres, with a few in the Pop Rock genre as well. Even though students showed a large approval for classical music, no classical artists were among the top eight. These artists are meant to show the great variety of music within the IMSA campus, as many genres make up our favorite music. At IMSA, a lot of attention is brought to diversity, which can be seen down to the simplicity of musical taste.

Cayleigh O’Hare(’22) wrote, “I love how everyone has individual music tastes because when we listen to songs, we don’t have the same experiences as others and they resonate differently with us. Varying styles of music appeal to different people.” 100% of the responses answered “yes” to the question, “Do you enjoy listening to music?”. Music variety is part of the uniqueness of IMSA campus. Students are encouraged to go outside of their comfort zone and listen to music they aren’t as familiar with. Liking the same music brings us together, while differing music tastes allow us to broaden our views.

IMSA’s faculty also brings to light changes music has made to their quarantine experience. Brian Trainor of the Mathematics Department answers, “I listen to a lot more music when I’m grading at home and before I go to bed. It definitely helps me relax since these times are pretty stressful”. Most of responses of the faculty agreed with this sort of answer. For both faculty and students alike, music has provided a stress-relieving experience, to be enjoyed by all.

As the world resides in a place of current stress and confusion, music has brought lots of comfort to IMSA’s population while stuck at home. Disha Dureja (’22) draws on nostalgia associated with music. “Old songs have a way of transporting you back to the time when they were on your playlist,” she writes, “It gives you a way to experience moments again… However, it can be a double edged sword”. Many students have found time to connect with music that holds a special place in their heart. In a bittersweet way, IMSA has a found a way to venture into the past while stuck at home.  An artist at IMSA, Max Knutson (’20), who has produced his own music, explains the impact music has had on him, as an artist. After posting a song orginally meant as a joke, “…making music soon became my biggest hobby, passion, and means of self-expression”. As in situations like Max, listening to or making music has had a large impact on all throughout campus.

While IMSA has been named a school of Mathematics and Science, music has been a transformative experience for a large portion of students and faculty. Music allows one to connect with others, relieve stress or any negative emotions, and just enjoy their surroundings.

Through the Years: A Playlist

Be the first to comment on "“Music Tastes Of IMSA!”: Updated"