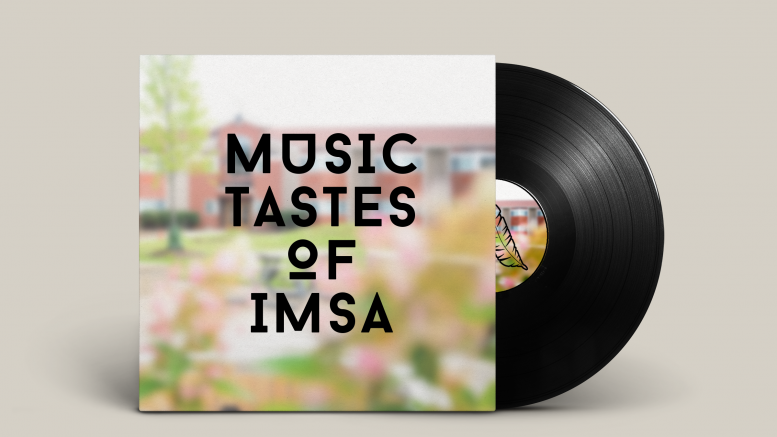 This past semester, the Acronym passed the aux cord to the IMSA campus to find out what students are listening to. Over 180 students responded to the survey, providing a wide variety of data on their music tastes and listening habits. Now, at long last, we’re happy to present our findings!

First, it’s important to recognize the relevance of music on campus. While IMSA is a STEM school, it’s clear many students value music greatly, listening to music for many hours a day. Below is a chart depicting the average amount of time spent listening to music every day, divided up by graduating class.

Time Spent Listening to Music, by Graduating Class. Developed by Henry Wittich. Visit: https://plot.ly/~hwittich/10 if the chart isn’t working. Hover over wedges of each pie chart to see a numerical comparison with the other graduating classes.

The question is: if students spend that much time listening to music, what exactly are they listening to? How are students spending so much of their time? Perhaps looking at the music genres that students like might provide insight:

Developed by Henry Wittich. Visit: https://plot.ly/~hwittich/9 if the chart isn’t working. Hover over a bar on the graph to see the percentage of students that have that feeling towards the genre, click on entries in the legend to remove them from the graph, and double click an entry on the legend to isolate it on the graph.

Several things immediately stand out in this graph: first, IMSA students almost unanimously dislike country music, with only a mere 7% of campus expressing positive feelings towards the genre, and second, IMSA students are particularly drawn to indie music, with over 60% of respondents reporting they like or love the genre. Aside from that, there is a slight preference towards pop, rap, classical, and R&B music, a slight preference against Asian pop, and general indifference towards rock and roll and electronic music on campus.

Interestingly, when looking at music genre preferences by residence hall, while every hall liked country music the least, there was a lot of variation in the favorite genres of each dorm. On average, 1504 and 1505 like rap the most, while 1506, 1503, and 1501 like indie and 1502 likes pop the most. 1507 likes both classical and indie music the most, and was also the hall with the highest average rating of all music genres, suggesting that perhaps it’s the most musically open-minded hall on campus.

The 10 favorite musical artists on campus provide a different look into what IMSA students like to listen to. We asked student to list their favorite musicians and the 10 most common answers are as follows:

For the most part, this list seems to echo the music genre preferences above; there is representation from a variety of genres, from rap to pop to indie. Additionally, many respondents expressed difficulty in choosing a singular favorite – 20 respondents neglected to answer in some way, shape, or form and many listed several favorite artists – adding to the apparent wide variety of music liked by IMSA students. What’s interesting is the prevalence of Asian pop groups in this list; despite the slight preference against Asian pop, Korean Pop group BTS is one of the favorite artists on campus. This suggests that the genre tends to be polarizing among IMSA students, with it’s own dedicated fan base on campus.

Yet, while all of this provides a clear idea of how IMSA students’ music interests are spread, it doesn’t necessarily give insight into the content of the music IMSA students like. Perhaps looking at the lyrics used by some of the favorite musical artists will highlight the typical subject matter of music that students listen to. I gathered song lyrics from the LyricFind database and performed a statistical analysis (tf-idf) to determine the words most unique to each musical artist. This method weighs words used frequency by one artist but infrequently by every other artist in the database higher, effectively calculating the most important words for each artist. 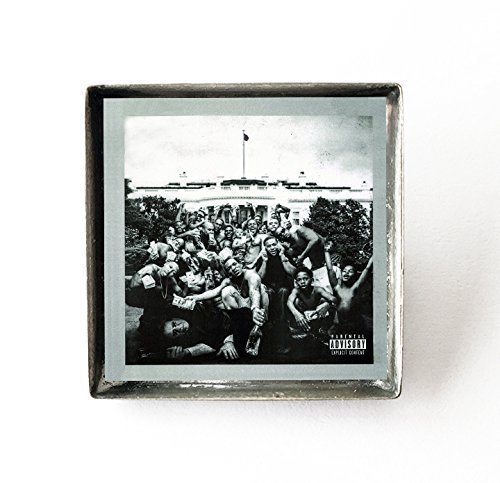 Hey Soul Change Ya Their Living Those Try People Him

Hey
Soul
Change
Ya
Their
Living
Those
Try
People
Him 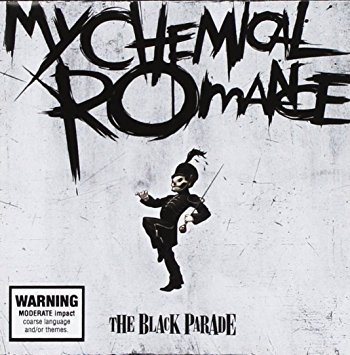 Free Stop Until Everything Stay Has People Put These Home

Free
Stop
Until
Everything
Stay
Has
People
Put
These
Home 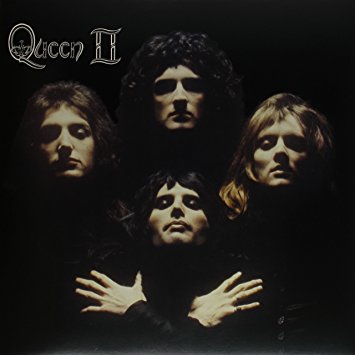 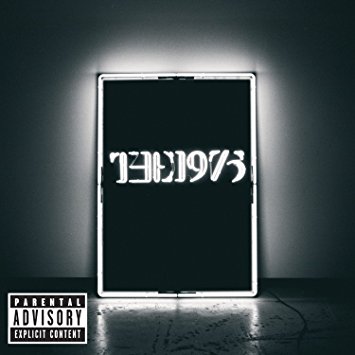 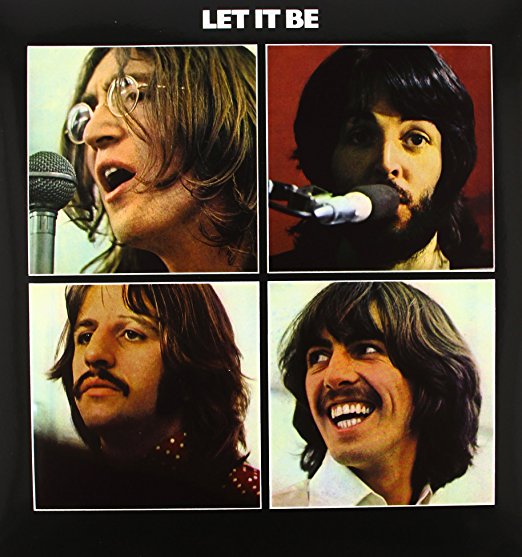 Hey Done Might God Until Ya Him Put Thing First

Hey
Done
Might
God
Until
Ya
Him
Put
Thing
First 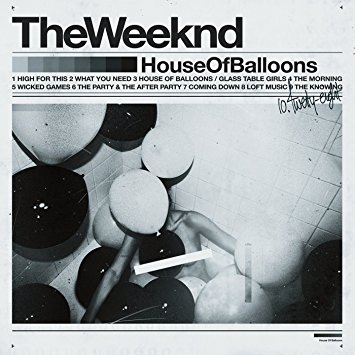 Might Girl Fall Cause Hey Still Thing Baby Everything Over

Might
Girl
Fall
Cause
Hey
Still
Thing
Baby
Everything
Over 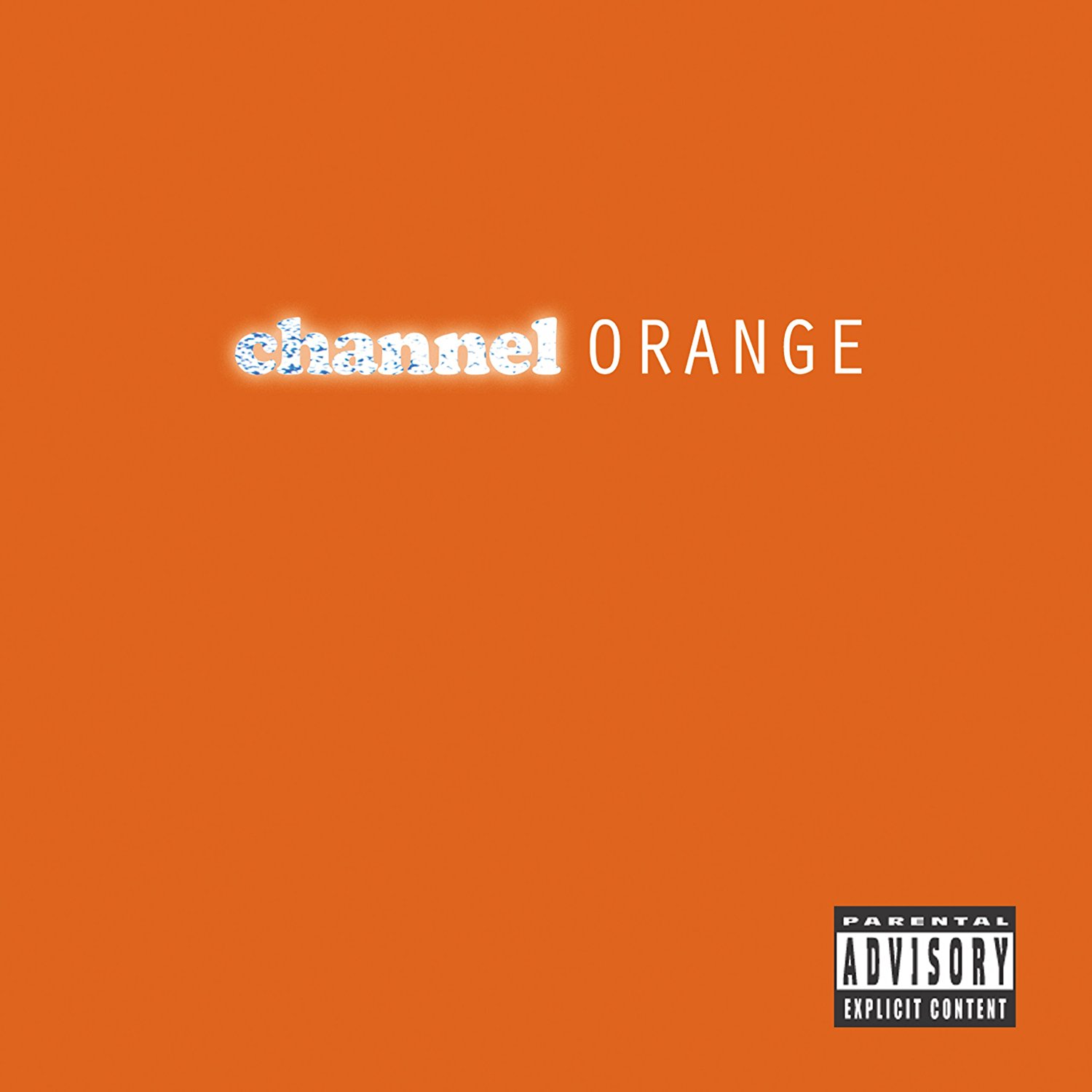 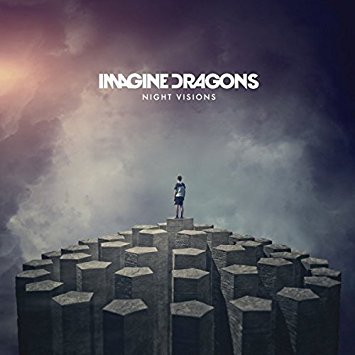 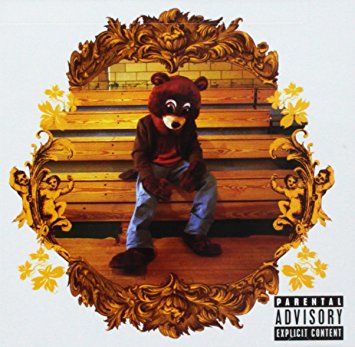 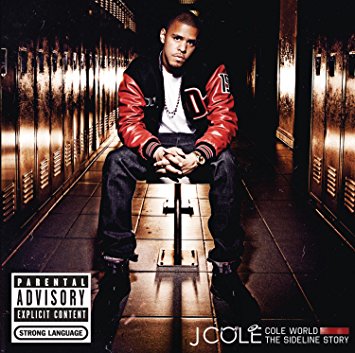 Tonight God Living High Might Pain Trying She Must Try

Tonight
God
Living
High
Might
Pain
Trying
She
Must
Try 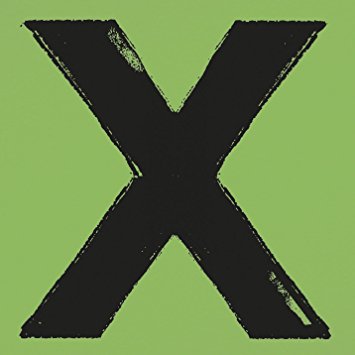 Living Their Tonight Hold Came Done Over Made End Much

Living
Their
Tonight
Hold
Came
Done
Over
Made
End
Much 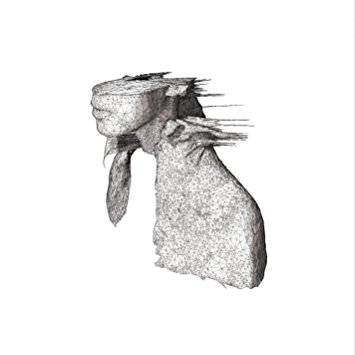 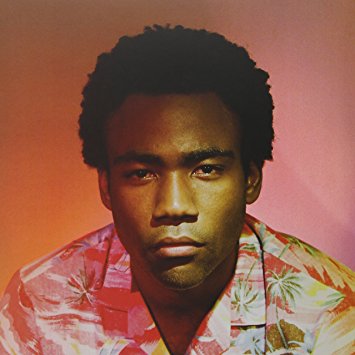 Everything Even Real Other While Girl Fall Thought Break Only

Everything
Even
Real
Other
While
Girl
Fall
Thought
Break
Only 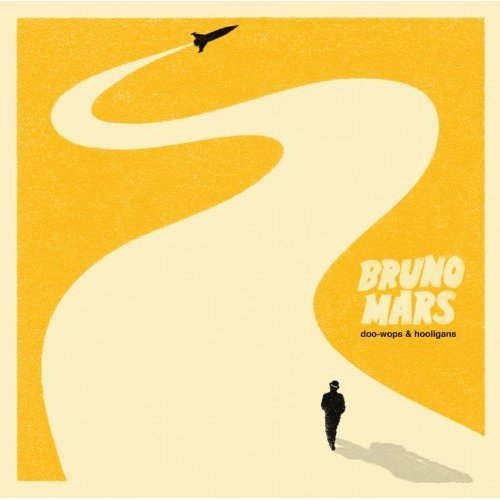 Hey Run Done Him Without About Fall Thought Better Someone

Hey
Run
Done
Him
Without
About
Fall
Thought
Better
Someone 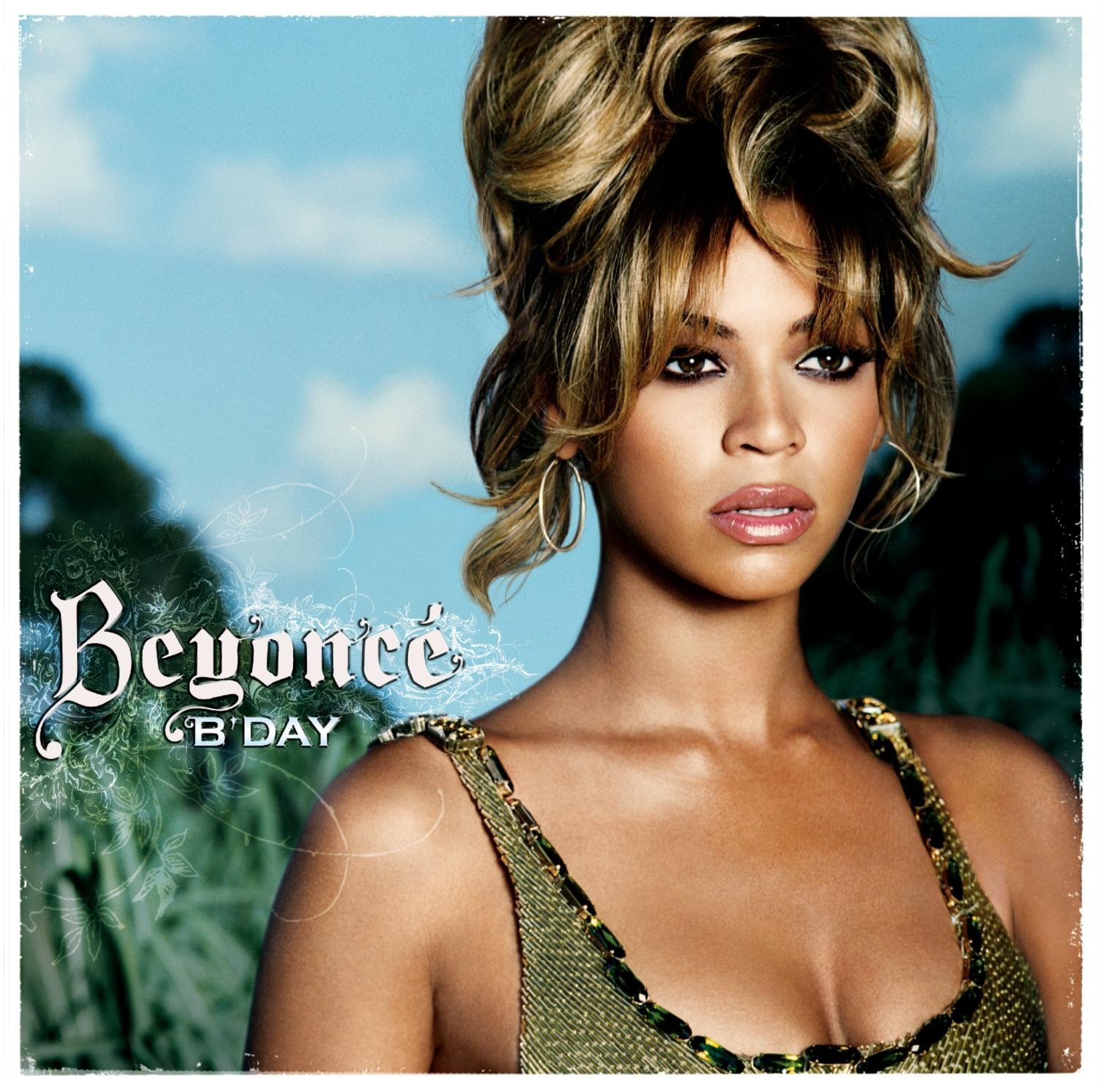 Pain Hey Boy Those Run Him Better Break Without Feeling

Pain
Hey
Boy
Those
Run
Him
Better
Break
Without
Feeling

Most Unique Words by Artist. The terms are ordered 1-10 top-to-bottom, with the first term being the most unique word to an artist. Scroll through the gallery to look at the different words that are particular to different artists.

Developed by Henry Wittich. Visit: https://plot.ly/~hwittich/12 if the chart isn’t working.  Hover over a point to see what word it represents, drag over an area of the graph to zoom in on it, and double tap it to zoom back out.

Words that fall below the middle line are words more common in songs that IMSA students like while words above the line are words more common in songs that they don’t. The color gradient is based off of the ratio of the frequency in IMSA songs to non-IMSA songs. For example, a dark blue word would be 4 times more likely to appear in a song that IMSA students like than one that they don’t. In this way, we can determine the words most likely to appear in a songs that IMSA students listen to, in order of decreasing frequency: hang, lives, hair, mean, ooh, making, ah, pick, sitting, and yours. On the other hand, the words least characteristic of IMSA songs, in order of increasing frequency are: yo, together, would, mine, back, done, start, two, he, and running.

This demonstrates the difference in lyrical content between the songs that IMSA students listen to all other songs, but is there a divide in lyrical content among IMSA students? Perhaps the easiest data point to compare IMSA students on is gender; there is a near even gender divide on campus. The chart above compares the frequency of words appearing in songs that students in girls halls (1502, 1503, 1506) like versus songs that students in boys halls (1504, 1505, and 1507) like. 1501 was omitted from the data because it is co-ed and, unfortunately, due to the limitations of the data collected, only binary genders were used.

Developed by Henry Wittich. Visit: https://plot.ly/~hwittich/14 if the chart isn’t working. Hover over a point to see what word it represents, drag over an area of the graph to zoom in on it, and double tap it to zoom back out.

Words that fall below the middle line are “more boys hall” words and those that land above the line are “more girls hall” words. The color gradient is based off of the ratio the frequency in boys hall songs to girls hall songs. For example, a dark blue word would be 4 times more likely to appear in a song that IMSA males like than one that IMSA females like. Thus, the “most feminine” words on campus are: wind, wonder, tear, taste, done, such, smile, off, now, and worth, and the “most masculine” words are: clothes, taking, deep, happy, ready, called, watch, floor, talking, and thought.

But at the end of the day, it’s not the differences in our music tastes that’s important, but the ways in which music brings us all together. From the Asian pop haters to the BTS fans, the phone listeners to the laptop listeners, the Spotify users to the Apple Music users, the one commonality among all respondents was that they listened to music in some capacity in an average day. From the responses, one thing is certain: music is a powerful force on campus, serving as motivation to work out, a tool for productivity, a backdrop to hanging out with friends, a thing to sing and dance to, and, importantly, something that many IMSA students want to share with others. This article is a step in that direction, an expression of the songs that our peers are listening to and an opportunity for students to share songs and musicians that are important to them. Keep on listening and keep sharing, IMSA.

If you want to listen to the favorite songs of students that responded to the survey, check out the Spotify playlist here.

Henry is an IMSA senior living in 1501 B down quad, though on the weekends you can find him in his hometown of whatever Chicago suburb he lives in this month. When he isn't moving, you can find him procrastinating by shopping for clothes online, playing Kingdomino with his quad, and tearing up the dance floor in Just Dance. As the Acronym's resident data enthusiast, he enjoys occasionally writing beautiful data-driven articles with IMSA data.

Be the first to comment on "Music Tastes of IMSA!"