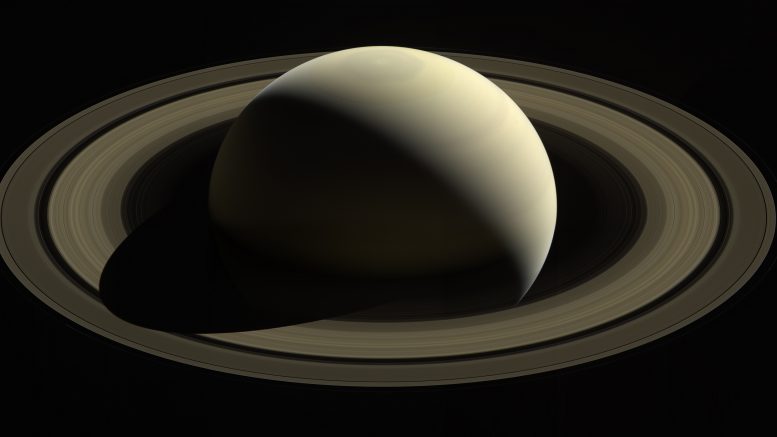 Last Friday, the Cassini spacecraft went out in a blaze of glory as it slammed into Saturn’s atmosphere at over 70 thousand miles an hour, bringing its two-decade-long mission to a close. Hailed by many as the most successful planetary mission ever, Cassini has contributed to over 9,000 scientific papers, a probe landing on Titan, and discoveries of ingredients for life on Saturn’s moons. These discoveries will live on for the foreseeable future; however, the dramatic end to the mission brings us to a crossroads. We can let the robotic exploration of the solar system continue declining, or we can honor Cassini’s legacy and develop more advanced methods of space exploration.

As of the present day, the evidence supporting the possibility of life existing in our own solar system is significant, with prebiotic elements (such as amino acids) being found on many comets and moons. Our robotic exploration has helped us realize that the universe around us is much richer than previously thought. These missions have been very useful in our study of the solar system, but there is only so much that robots are capable of. They are impossible to control real-time, and they are very limited in function. This is why human space-travel is necessary for more advanced exploration.

During the space race, human space exploration peaked. We visited our moon a few times, but we quickly retreated back to our little planet, never looking back since. But the space race sparked a technological revolution: without it, there would be no GPS, no cell service, no satellite maps, and much more. Just imagine where technology would be now if we had continued on that path, after the space race.

Despite this all, I still hear the argument that space exploration is a fruitless endeavor, distracting from more important issues such as poverty, world hunger, and climate change. This argument not only implies that humanity is only capable of focusing on one issue at a time, but it also isn’t a fair comparison. For example, we know climate change is a dire issue that we face, but why must it compete with space exploration, a completely unrelated affair? I say we shouldn’t let the issues we are trying to address interfere with humanity’s ability to move forward because that isn’t progress, it’s stagnation.

Think of it this way: humans have always been explorers. When humans first left Africa, or when Europeans first sailed across the Atlantic, there were undoubtedly cynics that either saw those endeavors as pointless or too risky. This is the same situation we face when looking toward space. Humanity has the intellectual capability to become a space-faring species, but that can only be accomplished if we get our priorities straight. The explorers and researchers of history knew it would be difficult and risky to sail across the ocean or attempt to produce energy from splitting atoms, but they did it anyway because they knew it would ultimately advance the human condition.

Now, I am aware that this idealistic talk of human progress is enough to convince some people, but sadly, most people do not think this way. Humans tend to think in the short term: what is in it for me? What is the risk? The good news is, there are also short-term advantages to space travel. The commercialization of space has ushered in a new age of exploration. For example, asteroid mining is a vast reservoir of untapped potential for companies such as SpaceX, Orbital ATK, and Bigelow Aerospace, which would ultimately allow massive technological development that would propel humanity into a new era.

The ability to look beyond Earth fundamentally changes a person. Astronauts frequently describe a feeling of awe when they look back at Earth from space. All the political turmoil and violence seems so meaningless and, frankly, stupid once you realize that there is much more to this universe we live in than just the Earth.

Take a moment to consider this quote from the late-Carl Sagan, who was instrumental in many robotic space missions, and responsible for the capture of the famous pale blue dot image:

“Look again at that dot. That’s here, that’s home, that’s us. On it everyone you love, everyone you know, everyone you ever heard of, every human being who ever was, lived out their lives. The aggregate of our joy and suffering, thousands of confident religions, ideologies and economic doctrines, every hunter and forager, every hero and coward, every creator and destroyer of civilization, every king and peasant, every young couple in love, every mother and father, hopeful child, inventor and explorer, every teacher of morals, every corrupt politician, every “superstar,” every “supreme leader,” every saint and sinner in the history of our species lived there—on a mote of dust suspended in a sunbeam.” – Carl Sagan

I would suggest you read the whole passage from Sagan’s book, Pale Blue Dot, or watch this video, as it does a fantastic job at putting our place in the universe into perspective.

Be the first to comment on "Space: Humanity’s Final Frontier"