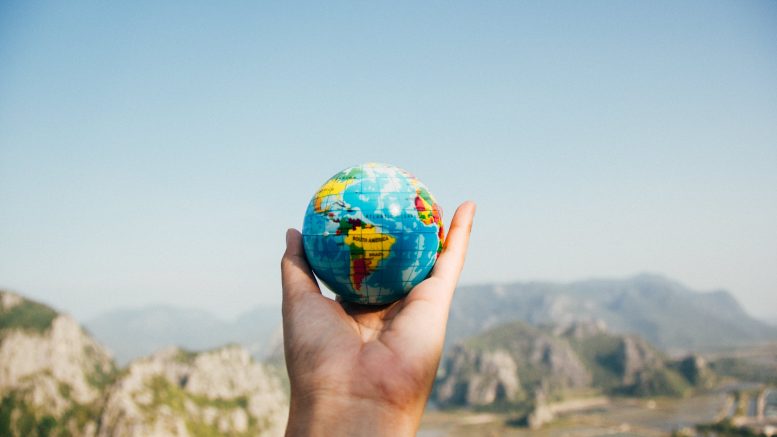 For all the attention given to issues of race, gender, and sexual orientation, one of the biggest inequities at IMSA is financial. This disparity manifests itself in every aspect of life at IMSA from the clothes students wear to the computers they work on, from their shoes to their smartphones. Students of means get UberEats whenever the food at Sodexo doesn’t meet their standards; they avoid the Internet shutoff by tethering to their phones and the expensive data plans that come with them; they casually mention family trips to exotic locales or expensive summer research programs that are out of reach to other students. Being wealthy gives students major advantages in almost every way, academically as well as socially.

Much to their credit, the administration does what it can to reduce the influence of wealth on the school. Co-curricular activities require no contribution from students; some of the neediest students are given stipends so they can go with friends on Starbucks trips, and I have been impressed by the lengths the school has been willing to go to in support of students in particularly difficult situations. Dr. Torres is justly proud of IMSA’s increased outreach to students of fewer means, and many activities that cost money at other schools are free at IMSA, especially educational activities. Except for one.

Every January, dozens of students take a trip to various exotic locales—this year’s destinations include Florida, Hawaii, and the UAE, but it is invariably somewhere warm and sunny. Students whose parents can afford to shell out two or three thousand dollars get to spend a week visiting castles, snorkeling, and frolicking in the sun while the rest of us enjoy all the warmth and comfort of Chicago in January.

When I first started at IMSA, these trips were primarily for language classes, and the organizers were experts in the field, full-time teachers of language and culture, able to make clear educational connections to their curriculum and establish connections with schools and researchers in other countries. But things have changed over the years. This year, none of the trips require being in a certain class, and only one of them is being organized by a world language faculty member. The remaining trips are conducted by staff members who have undeniable interest in the subject but no special expertise, training, or professional connection to the places they are visiting. Once upon a time we had service trips to help children in Belize and Habitat for Humanity trips to help build houses for the poor; now, we have scuba diving in the Yucatán. Former experiences were really unique: spending two weeks in France living with host families and going to classes with French students is something you can’t get anywhere else. The experiences of the current offerings are, with exceptions, the same as you can get from a tour package from any travel agency.

And they cost about the same as well, due to IMSA’s policy on chaperones. Students might not be aware that, when their parents fork over $3000 for a trip, they are not only paying their own way—they are also paying for their adult chaperones, who do not pay a dime. This puts an additional financial burden on students, while for the staff it creates an incentive: you can have wealthy IMSA students pay your way to go visit someplace you’ve always wanted to go. It also means the organizers have no incentive to find good deals on airfare and lodging, inflating costs still further. I’ve always wanted to go to Israel; now I can go for free, with rich parents footing the bill, and the only price I pay is that I have to share the experience with some interested students—which is really not so bad.

People often respond by saying that such trips are educational, are excellent experiences, and are very rewarding for the students who go. Fine, I say; if that is true, then why is such an excellent experience not open to everyone? Can you imagine if we had a biology class that made students purchase their own microscopes?  Do English teachers make students buy their own books? Since when has IMSA made its education only available to the well-off? To offer a phenomenal, life-changing experience only to rich students is the greatest breach of equity imaginable.

The truth is, I believe, that we all know that these experiences are only mildly educational. That is why IMSA allows them but doesn’t actively support them. They are, however, very enjoyable, which is why no one is willing to give them up. Rich students don’t want to give up their week with their friends on some sunny tropical island in January; staff members don’t want to give up their free ticket to a place they couldn’t easily afford. So the arrangement works out for everyone—except for the majority of IMSA students, who are left, figuratively and literally, out in the cold.

Some people point out that you don’t have to be super-wealthy to afford one of these trips.  And that is true, provided you are willing to be financially irresponsible. For example, my family is not poor; IMSA pays me well for my work. But just because I can pay the money doesn’t mean I should. I can afford $3000 for a mildly educational experience—but that is money that really should be going to college savings, fixing up our house, saving up for our own family vacation, or just the everyday expenses of raising three children. IMSA’s tacit encouragement of these trips also encourages families not to save for the massive coming expense of college.

The fact that IMSA students can’t work during the year removes any appeal to teaching about savings and financial responsibility. My wife once worked with a woman whose son was an IMSA student who really wanted to go to China, and she just wanted him to be happy. Since he couldn’t work while at IMSA, that left his mother to raise the $2000 they didn’t really have. She sold homemade tamales at work to try to raise money for him. My wife and I did buy some tamales, but a little simple math shows you that you cannot make $2000 in tamale sales in a year, so we ended up just giving her some money, and I’m pretty sure we weren’t the only ones. So rather than teaching students to manage money, we place a burden on already-overworked parents to foot the bill for the extravagant tastes of their children’s friends and IMSA’s staff.

I applaud Dr. Torres and the IMSA Fund for their recent program setting aside funds to help students with Intersession trips—a welcome attempt to combat this inequity. But its help is limited even for the poorest families, and it doesn’t help the middle-income families who can’t (or shouldn’t) pay. The root of the problem is a system that encourages expensive vacations with limited educational value. The central paradox remains: if the trips are educational, shouldn’t they be available to every student? If they are not educational, why do we support them?

My proposal is that IMSA should not make educational opportunities available to anyone unless they are willing to pay for everyone to participate. Some might point out that this would exclude many of the more modest Intersessions, such as museum visits; perhaps we could constrain the costs to a reasonable amount, such as $300, which most families can afford and which is easy to cover with financial aid. Perhaps exceptions could be made for trips that advance IMSA’s mission, such as class-related trips, exchange programs, and science competitions (the latter are already covered by the IMSA Fund’s generosity).

At the very least, IMSA should change its policy toward chaperones. If IMSA values their service, IMSA, not the students, should pay their expenses; if IMSA isn’t willing to pay, the chaperones should pay for themselves. And if this makes chaperones less likely to sign up, I don’t consider that a tragedy. It is time to take a stand against a system that encourages staff members to exploit wealthy students at the expense of the poor.

When I mention this disparity in educational opportunity, a remarkable number respond that this is the way the world works and that poorer students just need to learn that. This is the most shameful, repulsively self-serving argument of all. IMSA should be a force for change, a way to correct the inequities of students’ backgrounds, a way to level the playing field, and we have a responsibility to keep it that way. It is the rich students, not the poor ones, who are in need of an education—an education in equity that they will not find on a beach in Hawaii.

Be the first to comment on "Intersession and Inequity"