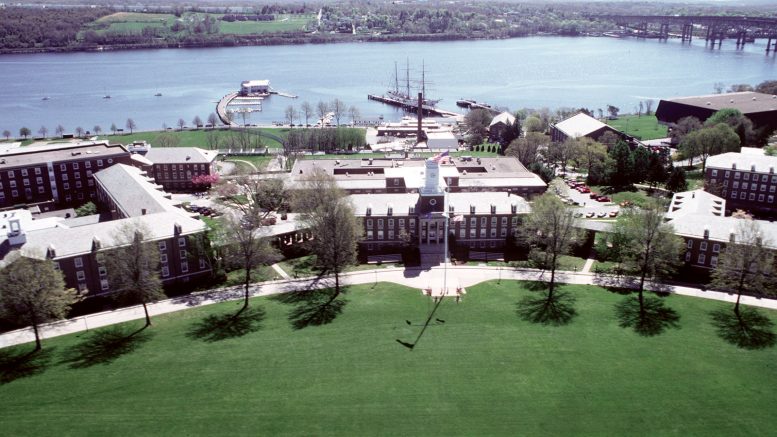 A couple weeks back, we took a look at public state universities and why they’re worth your consideration in the college application process. Another less common option for your college education are the military service academies. Some military academies include Valley Forge Military Academy or the Citadel Military College of South Carolina. There are also military colleges that enroll civilian students, such as Texas A&M University. However, there are only five service academies, which are federally-funded schools. In order of founding:

It’s easy to dismiss military service academies as being “not for me,” especially considering IMSA’s spotty athletics record. But IMSA does typically send one or two students to service academies annually — Nathan Lee (’19) enrolled at the Naval Academy, and Jake Cooley (’18) attended the Air Force Academy.

There are plenty of benefits to attending a service academy. Most obvious is the fact that you have all of your college tuition and fees covered. All of the academies cover tuition, room, and board; the Naval and Air Force Academies cover medical and dental care; and all the academies except for the Merchant Marine Academy pay its cadets a monthly stipend (a “salary” of sorts). Upon graduation, you receive a commission as a Second Lieutenant (or Ensign in the Navy and Coast Guard), usually in the military branch corresponding to the academy you graduated from.

Although the service academies exclusively serve undergraduate college students, the military is often very generous with funding its officers’ education. For example, the U.S. Air Force Academy allows up to 38 cadets to go directly to medical school after graduation. Some cadets with outstanding academic performance receive graduate school assignments, and after two years of service, officers can compete for law school scholarships.

Immediate drawbacks include the loss of freedom and social life you would have at a civilian university. You also incur a service commitment after graduation: at minimum 5 years of active duty, followed by 3 years that can be served either active duty or in the Reserves.

(Note: The Merchant Marine Academy is a little different. They are a service academy, but not a military academy — they cover tuition, room and board, and only some uniform items. However, the estimated cost of attendance is still only $1,167 per year. USMMA is also the only service academy that allows you to fulfill your entire 8-year service commitment in the Reserves).

If you want to get a better taste of service academy life, all the service academies except for Merchant Marines host week-long “Summer Seminars” for rising high school seniors, to allow prospective applicants to experience life at a service academy.

Last summer, I attended the U.S. Coast Guard Academy’s summer seminar, called the Academy Introduction Mission Program. In a word, it was intense. You’re put in situations that are intentionally highly stressful, both mentally and physically, and you have to collaborate with and rely on your shipmates (or fellow cadets, or midshipmen) to work through the situation. The physical training isn’t bad if you stay in shape, but we had two room inspections during the week, which were probably the most stressful moments of the entire program.

Attending a military service academy means you’ll be challenged academically and physically for the next four years of your life, and you do give up a significant amount of your free time to the rigid schedule of a military academy school day. But the cadets and officers at the Coast Guard noted that it’s exciting to be able to stretch your mental and physical abilities, and the effort really pays off, making for a fulfilling career in the military should you choose that route.

ISIS’s Leader is Dead: What’s Next?

Be the first to comment on "Why Military Service Academies?"