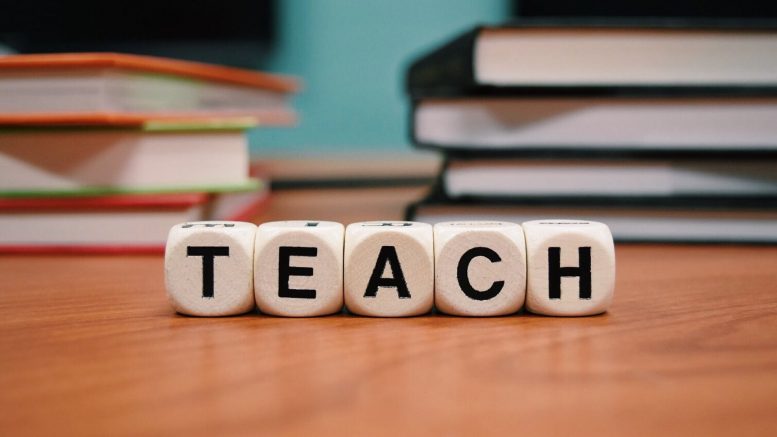 On December 11th, 2019, IMSA educators filed cards with the Illinois Educational Labor Relations Board (IELRB) affirming their intent to form a union.

The historic move stemmed from the faculty’s concerns involving the teaching and learning environment at IMSA. In interviews with The Acronym, faculty members revealed serious internal issues including the lack of fair and competitive compensation, concerns about protecting academic freedom, and insufficient communication between the President’s office and faculty.

Forming a teacher’s union is not a novel idea, as there have been four previous efforts to unionize IMSA. Yet Dr. Michael Hancock, an English teacher and member of IMSA’s first graduating class, was set on seeing this attempt succeed. After contacting a Field Services representative from Illinois Federation of Teachers last spring, he began conversing with teachers who were interested in forming a union. In the summer, Dr. Leah Kind, Dr. Mark Carlson, Mr. Tom Meyer, and Ms. Brooke Schmidt joined him in the organizing committee, and when the school opened in the fall, they spoke to faculty individually to hear their concerns.

Through these conversations, they observed certain common concerns and values, which were drafted into a mission statement. A supermajority of faculty signed this mission statement, and the committee again achieved a supermajority of faculty signing union cards in December. The Board of Trustees voluntarily recognized the union with the exception of lab managers and instructional program assistants. The union has since received certification from the Illinois Educational Labor Relations Board (IELRB), which has included teachers, lab managers, and instructional program assistants in the bargaining unit. Ms. Schmidt adds that the difference between the current unionization effort and past attempts were “face to face, one on one interactions” which were paramount to the successful formation of the union.

Faculty members hope the formation of the union will lend them a greater voice in the decision making at IMSA. In recent years, IMSA administration has proposed initiatives involving the admission of freshmen, out of state students, and even international students. Although these plans (with the exception of the out-of-state initiative) have since become inactive, they spurred teachers to desire more input into administrative decisions.

“I understand that these initiatives respond to desires to make IMSA sustainable for the foreseeable future, but they also represent seismic changes to the community, climate, and culture at IMSA,” says Dr. Hancock. “A lot of faculty were interested in organizing because they wanted to be a part of managing these prospective changes that would affect us all.”

The union is providing IMSA teachers with the legal liberty to negotiate with the administration. A topic that is important in the dialogue between faculty and administration, employee and employer, is compensation. In addition to seeking a stronger voice in the decisions made in the academy, IMSA teachers want to secure fair compensation for their work in order to recruit and retain faculty. In the words of Ms. Schmidt, “if the goal is to attract the top teachers, the pay has to be competitive to neighboring school districts.” Dr. Carlson adds, “the nature of contract negotiation makes fair compensation a priority. An institution has many priorities—many good ones—which almost all require funding. We are saying that teachers’ salaries and other forms of compensation need to be a priority the same as other initiatives.”

The recruitment and retention of teachers is a matter that not only impacts faculty, but also the students at IMSA. Ms. Schmidt further explains, “When teacher turnover is high, there is an impact on the students’ educational experience. A stable faculty is going to benefit the classroom environment.” Mr. Meyer adds, “Over time, people will get more experience; they will get offers from other schools that might pay more money; they will then leave IMSA, and we will lose great teachers.”

Furthermore, through the union’s unified voice, IMSA teachers are looking to protect academic freedom. “The charter for IMSA is through higher education, not through the arms of government that deal with [public] high school in general,” Dr. Carlson explains. We have more of a college-like feeling, both from the students’ standpoint and the teachers’ standpoint. “Officially we have been a learning laboratory and we’ve had several names that allude… that we [teachers] can experiment and we can do things differently for the benefit of the students.”

Ms. Schmidt believes that a largely held misconception surrounding relations between a teacher’s union and administration “would be that the contracts are very rigid. In some other public schools, this may be the case.” Adding on, Dr. Carlson states that he attended organizational meetings with the Illinois Federation of Teachers to gauge whether IMSA’s teacher’s union would be a “grassroots union”—one that endorses the protection and amplification of teachers’ voices. Dr. Carlson found that getting more involved in such meetings was “nice and reassuring” that the union seemed to uphold those values.

Teachers also acknowledge the capability of the union to strike if an agreement between the teachers and administrators is not reached. According to both Ms. Schmidt and Dr. Carlson, this is a scenario that is considered the last resort and is certainly not where IMSA’s union will begin. Negotiations have yet to begin, “but such a possibility does exist,” Dr. Carlson remarks. Dr. Hancock also adds that “[The] IMSA faculty does not want to see that happen,” and “A strike would only happen if the majority of union members voted for [a] strike.” A strike would require a very high threshold of support, which the union has yet to set, but which will likely be 90% or more of the membership.

After recently receiving certification from the labor board, IMSA’s teacher’s union has filed a Unit Clarification Petition to add additional positions to the bargaining unit. This petition is currently awaiting approval from the IELRB. On March 5th, teachers elected a board of representatives, which were announced the following day. Those elected included Dr. Michael Hancock as President, Ms. Brooke Schmidt as Vice President, Ms. Christine Zhang as treasurer, Dr. Leah Kind as Secretary, and Ms. Tracy Townsend as Senator.

In regards to the union’s future, teachers are optimistic. Before the union, the relationship between the teachers and administration was described as “guarded” and lacking trust due to decisions made without faculty insight. “I think a lot of people are energized with this new vehicle for meaningful dialogue between administration and teachers,” says Dr. Carlson. Before the coronavirus quarantine, the teachers were hoping to meet administration at the negotiating table soon.

The Case Against Titan Crew

The Underrepresentation of Faculty in the Principal Selection Decision