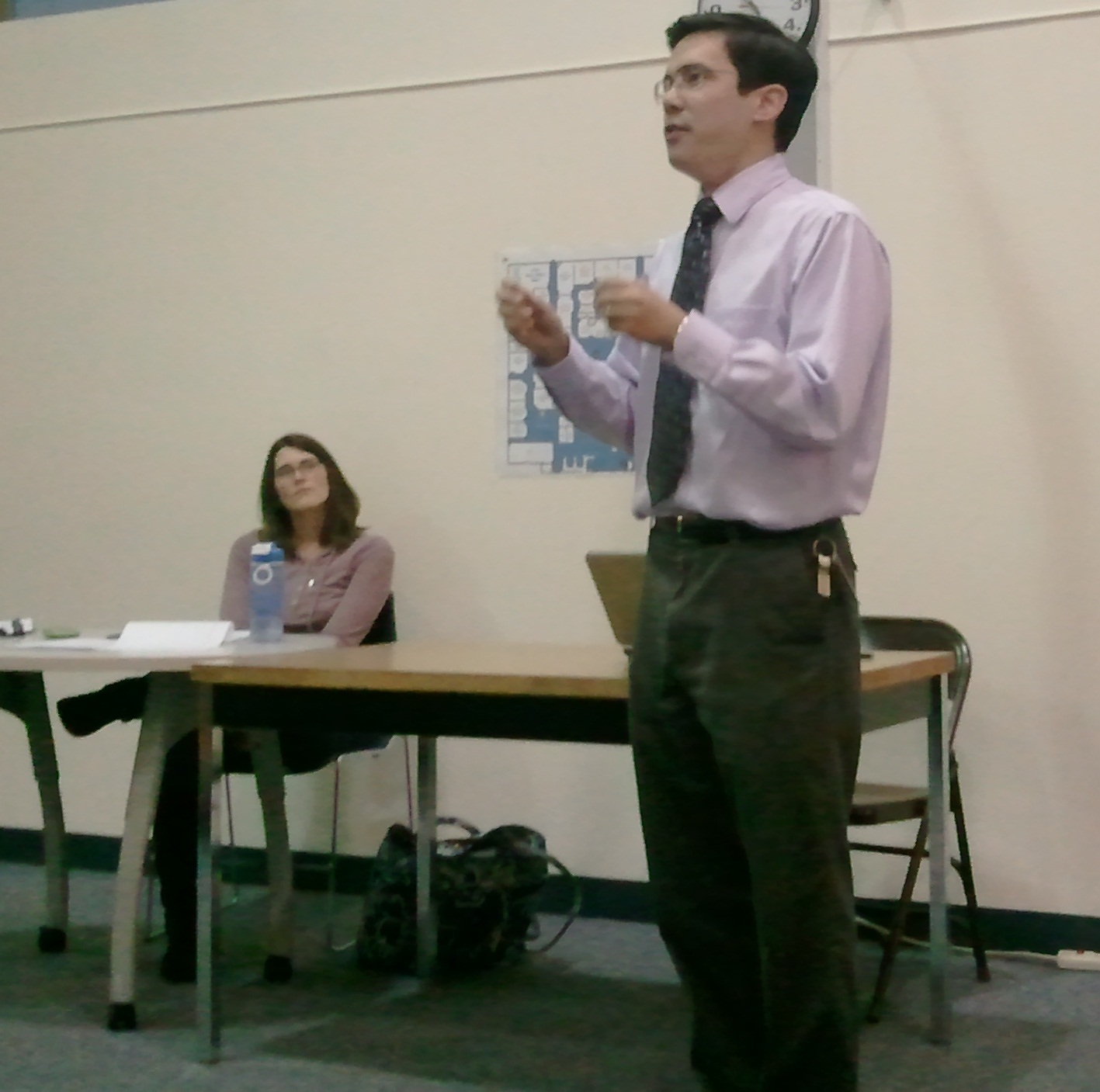 Dr. Peter Dong agressively takes his stand on opposing the legalization of marijuana

On October 17th, IMSA teachers, Dr. Peter Dong and Ms. Tracey Townsend, passionately participated in a debate sponsored by Crossfire. The topic of this debate was the legalization of marijuana in the United States.

Ms. Townsend argued that marijuana is more innocuous than alcohol and that the legalization of marijuana would fill government coffers, ultimately reducing gang activity.  On the other hand, Dr. Dong argued that marijuana should remain illegal. His argument focused on marijuana’s  many negative effects on the body and the evident unequal balance between benefits and negatives of marijuana legalization.  The debate kept the attention of the audience  and could be categorized as spirited yet civil.

Ms. Townsend’s  interest in debate began because of the persuasion of a friend in college.  She quickly found enjoyment in debate and spent  four years of college practicing the art of debate through immense amounts of research and competition in tournaments across the United States.  Ms. Townsend and her debate partner restrained from common debate techniques that they saw as underhanded, such as the Gish Gallop.  The Gish Gallop is a  technique where one attacks his/her opponent with a torrent of lies and half-truths to decrease the chance of refuting ever single assertion.   Ms. Townsend devoted most of her attention to debate morals and ethics, causing her to not rank as high on the debate circuit as her skill level suggested.  She recommends for potential debaters to abandon their egos and to relax because, even if you lose the argument, you are still worthy of more admiration than the person who allowed fear to prevent them from giving debate a try.

Dr. Dong began his experience with debate in high school.  During high school, he participated in Lincoln-Douglas debate competitions. The Lincoln-Douglas debate format requires debaters to construct arguments supported by ethics, logic, and philosophy.  Dr. Dong has delivered numerous messages in church and he has coached the IMSA debate team for the last four years.

The debate was successful in terms of engagement from audience and the general awareness around the IMSA campus.  The debate educated IMSA students about a hot button issue and exemplified many potentially useful debate skills.  More debates such as this one will always be beneficial for the IMSA community to host and attend.

Be the first to comment on "Teachers Debate Marijuana Legislation"