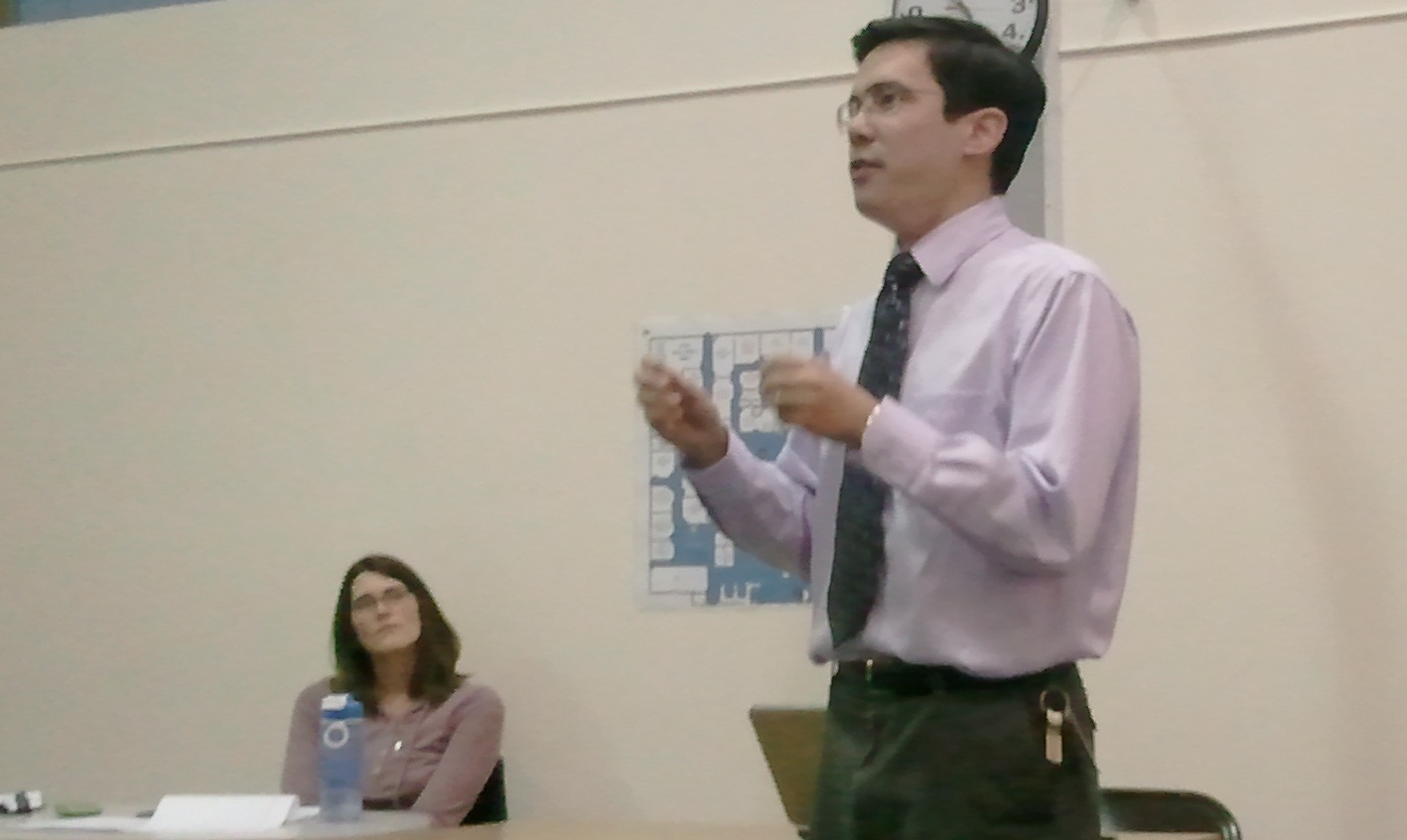 Dr. Dong is one of the most prolific speakers at IMSA.  Many students look forward to his appearances at Junior Ethics, the Senior Graduation Banquet, and his numerous debates throughout the year.  Recently, when Studco held a vote on who should be the next teacher to give a last lecture, Dr. Dong topped the list. The student body enjoys Dr. Dong’s public speaking and have showed an interest in learning more from him.

Dr. Dong participated in Lincoln-Douglas debates throughout  high school.  Although he did not win an endless string of awards, Dr. Dong had   coach that helped him improve in his debating skills.  He did not participate in speech team in college because, he felt as if some debate team members did not take the team seriously enough.  During and after his schooling, Dr. Dong has spoken many times at his local church.  He thinks the experience gained from delivering these messages and the experiences gained from teaching has helped him to become a successful speaker. The technical aspect is how one speaks and expresses emotion.  It is important to have a coach that can catch minute technical errors that take away from one’s speaking.  For example, many people find it natural and comfortable to gesture with open fingers.  However, an audience finds that gestures with closed fingers look more forceful and project confidence.  Another example of the technical aspect of a speech is how one speaks when emphasizing a point.  Many speakers try to talk louder and faster when emphasizing a point but instead one should slow done and speak quietly in order to make the audience strain to pay attention.

Students could improve their public speaking skills if they studied those of Dr. Dong.

Be the first to comment on "Dr. Dong: Speaking Aficionado"