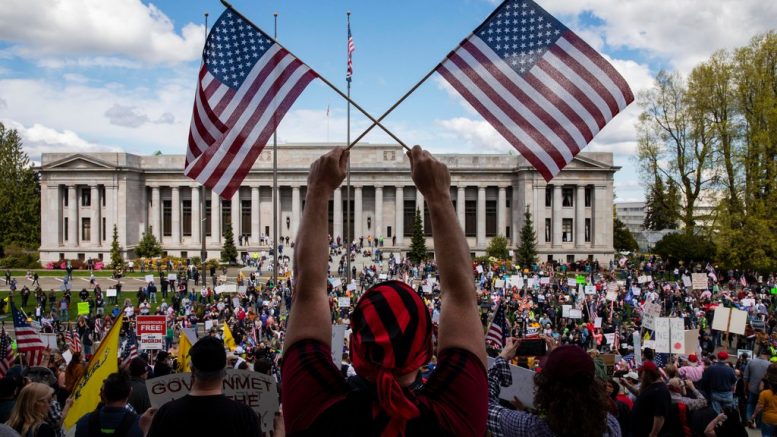 This image is a protest happening in front of the state Capitol in Olympia, Washington | Ruth Fremson/The New York Times

As the effects of this virus have been growing more and more precautions are being taken to make sure that the growth of the virus slows. But recent legislation from states like Michigan and Wisconsin extending the stay-at-home order have brought multiple protests around the state. These protesters sported patriotic attire to show that these orders are causing more harm to them personally than the virus itself is harming them. 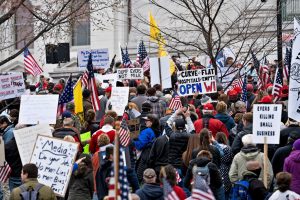 Protesting near the Capitol in Madison, Wisconsin || nytimes.com

Many of these protesters are trying to show how this stay-at-home order is especially affecting the working class, with some people like those owning small businesses saying, “This was very much about working people and our livelihoods and not wanting to be bankrupt and go into a depression.” Not everyone is able to hold tech jobs that allow them to work from home as there are many small businesses and workers that need to work daily to even feed themselves. The widespread quarantine has also caused many layoffs as businesses are unable to keep up with the cost of holding the employees while they have no work. These protests are inspiring many new ones in various states around the country including Missouri, North Carolina, and Washington. 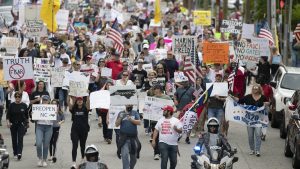 Protests in North Carolina to remove the stay-at-home order. || nbcnews.com

Even though these protests are quite popular, people participating in them are often risking health repercussions of such protests, especially in time like this. People participating in them are going around without any safety gear and are forgoing the safe procedures suggested by CDC. No matter how frustrating this time of quarantine may be, it is important that you practice social distancing and make sure to follow the CDC guidelines. There are many other ways to show your opinions towards this matter than just gathering as these gatherings can lead to heavy increases in the number of cases of the virus and the number of deaths due to the virus.

Two generations of Nurses’ Opinions on the COVID-19 Crisis