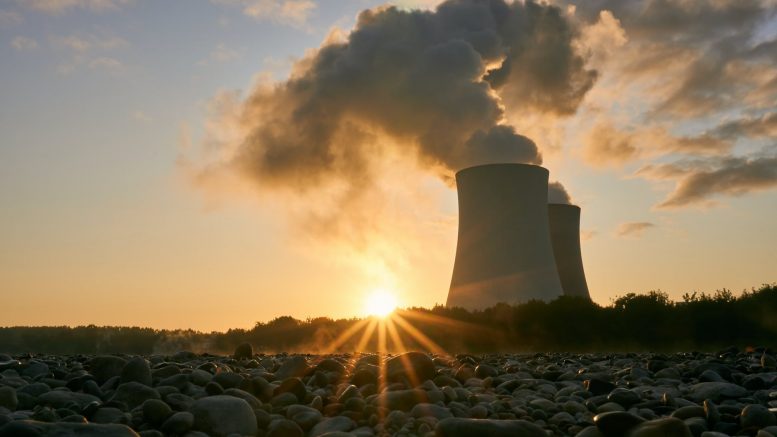 Despite being a reliable energy source that mitigates the advent of climate change, nuclear energy can have grave consequences when its waste is not disposed properly. | Source: Pexels.com

Climate change is a problem that faces us all, especially our generation. In case you have lived under a rock for the entirety of your life, our world is getting hotter at unprecedented speeds. Because of human industrialization or fluctuations in global temperature, climate change is real and a global threat. Thanks to this gathering storm, many governments are now pushing for green or renewable energy sources. These energy sources emit minimal, if any, carbon dioxide, a greenhouse gas that we, as a species, have been mass-producing since our industrialization in the 1800s.

However, near the end of WWII, we were able to create a new, efficient way to generate green energy: nuclear power. While largely stigmatized due to Chernobyl and Fukushima, nuclear power can actually be an effective means of energy production. By generating one gigawatt-hour on average, nuclear power plants produce energy for the greatest amount of time out of all other power sources, and some plants in the USA produce up to 13 gigawatts. For comparison, the largest solar farm in the world, located in Morocco, can produce little more than half a gigawatt.

Sadly though, this power comes at a cost, and one that can last for thousands of years: nuclear waste. Once a reactor rod full of uranium has undergone fission, the leftover rod is extremely radioactive. These leftover elements, including Strontium-90, Cesium-137, and Plutonium-239, can have extremely long half-lives. Plutonium’s half-life is by far the longest, requiring 24,000 years to decay. All three of these waste elements have been produced since just after WWII when nuclear power production started, and now amount to 90,000 tons of radioactive waste in the US alone awaits disposal.

So that raises the question: What happens to this nuclear waste? Well, in the United States, not that much.

In 1982, the US actually noticed this growing problem and created the Nuclear Waste Policy Act. In summary, this act did three major things:

The act also tried to create a permanent storage area for the whole of the United States in Yucca Mountain, Nevada. However, considering that Yucca Mountain is a sacred site for the nearby Shoshone Native American Tribe, this plan did not go over that well. Essentially, many Nevadans hated that their state was the unlucky winner of the nuclear waste lottery, and the Native American tribes were even more upset because Yucca Mountain is sacred. For anyone now concerned, don’t worry about Yucca Mountain. When President Obama first took office, he defended the plan. But what about the Nuclear Waste Fund? It is currently sitting at $44.5 billion unspent. The MRS facilities? They were never even created. There is still an unanswered call from the federal government looking for 10 states or tribes willing to offer land for nuclear waste storage.

So without these temporary MRSs or a permanent storage solution, where does all of our nuclear waste go? Pretty much nowhere. Once the rods are extracted from the reactor, they are placed in cooling pools. These pools are 20 feet deep and circulate water to help pull heat away from the rods until they are cool enough to move. This was actually the cause of the Fukushima meltdown. Fuel rods, producing a lot of thermal energy, continued to heat up the power plant, making these fuel rods one of the largest contributors to the Fukushima disaster. However, once the rods are ready, they are moved to a local storage facility, most likely still on the power plant site or quite close to it. The total storage of these facilities varies location by location, but they are not very large. These rods sit there for a very long time. That’s it, that’s all we do.

Thankfully though, our nuclear waste storage options aren’t grim as they seem. There are many alternative solutions that the USA can and probably should implement. France, the world’s largest producer of nuclear power, has a very effective method for dealing with nuclear waste. Once the fuel rods are spent, the waste is extracted from the rods and recycled. This provides more usable uranium and concentrates the waste itself. The concentrated waste is then poured into a steel mold, creating a form of radioactive glass, a process that is also completed here in the United States. This glass and its steel container are then shipped to France’s permanent storage area, La Hague, and placed deep underground in its own little concrete tomb. The rest of the low-level waste is placed in more localized facilities due to the lower half-life of the waste. While there are doubts about La Hague’s total capacity, France is currently the leader in nuclear waste storage. Their method may not be perfect, but it seems to be better than what we are doing across the USA.

The other method is actually more an alternative. Nuclear reactors as we know today are fission reactors. They take the uranium and break it down into smaller elements, generating a lot of energy in doing so. But, of course, there is another option. If you walk outside at noon and look straight up, you will stare straight at the largest fusion reactor within lightyears of our planet: the Sun. And, since we have already figured out how to create fusion reactions (though, for more aggressive reasons), fusion power plants are currently being developed. However, the technology to create an energy-positive reaction, one where more energy is produced than needed to fuel reaction, could still be years or even decades away, depending on who you ask. The main benefit of fusion energy is that these reactors would actually use hydrogen to create helium, both being non-radioactive. It would at least slow the creation of new waste, allowing us to focus on the storage of old waste.

On top of these, many might also think “Why not just get rid of nuclear power then?” Well, not only is it difficult to completely phase out a power source from a country – just look at coal, oil, and natural gas – but it is also not very cost-efficient or politically acceptable. On top of that, we don’t have anywhere near enough renewable energy sources in the USA to meet our energy demands. What’s possibly even more difficult is that many of our renewable energy sources are time- (solar and wind) or geographic- dependent. Hydroelectric power is also ecologically destructive, as dams can kill aquatic creatures as they pass through it and they can also disrupt water levels on both sides of the dam. While sometimes dangerous, nuclear energy is still nonrenewable zero-emission energy, and removing it from our power grid would only increase our reliance on other nonrenewable energies, something many would prefer we get away from. While a valid reaction to the problem of nuclear waste, ending nuclear power production could end up creating more of an issue than what we started with.

Of course, there are many alternatives and solutions to this growing problem, but the fact of the matter is that this problem IS growing. Here in the US, not much is being done. From IMSA, a national problem is difficult to combat. I’m sure many of you at this point are thinking “Well this won’t affect me.” However, that is almost entirely false. Nuclear waste is here to stay and Illinois is one of the largest producers of it here in the USA. This problem can and will affect a lot of us here at IMSA.

So what can we do? We can try to change things. If you made it this far, you were interested in what I was telling you, and that is probably the most important step. You have much of the information you need to act on this problem in whatever way you see fit. We are supposed to be the future leaders and thinkers of the world, so I want you all to think. I want us to do what we can to help fix this problem that we WILL have to deal with. You could send a letter to your congressman, whoever it may be, and call on them to start pushing on this problem. Just because we are currently stuck in our homes does not mean we cannot change the world for the better. So do something, anything. Even if it’s in no way related to nuclear waste, find something that you can help change. We all have a lot of power, even as quarantined teenagers, and we can all still use it from our own homes in the middle of a pandemic.