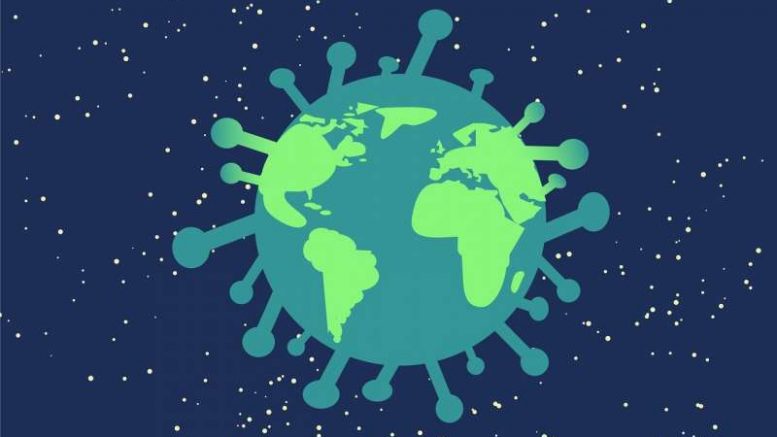 This summer has been a daunting reality of the worst possible course of events, from drastic increases in COVID-19 cases to the tragic reality of police brutality. Even through all this, the world is beginning to find ways to go back to normal, with stores starting to reopen and sports coming back to television. Here’s a recap of everything that happened this past summer:

But the US isn’t the only country reeling from the effects of the virus. Most Middle Eastern countries, such as Oman, Bahrain, and India have been hit especially hard due to expatriate workers from surrounding countries such as Iran.

This image shows the current distribution of total COVID-19 cases in the US || statista.com

Many major countries are working in the race to find a vaccine for COVID-19 including Russia, the United States, and China. The US has especially been a forerunner in creating the vaccine, as they recently signed a two billion dollar deal with Pfizer to produce 100 million doses of a vaccine by December of this year.

The death of George Floyd this past summer opened eyes around the world to the reality of police brutality in America. Since Floyd’s, there has have been massive protests in almost every city in the country, with some more extreme than others, such as those in Portland and Chicago. President Trump has been critical of these movements, which many other government leaders deem necessary, some even joining the protests, like the mayor of Portland. State and federal forces have taken strong measures to repress these protests, including tear gassing the protesters and shooting rubber bullets into crowds. President Trump has deployed federal troops into almost every major city to condemn the protests. His actions have caused a large sector of the population to think even more negatively of him, causing his approval ratings to drop significantly in recent polling. 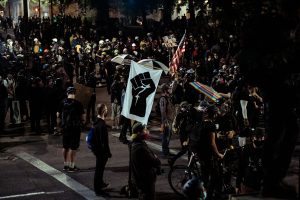 US-China relations went sour over the summer, perhaps to a point where there might not be a return. Recently, the US government shut down the Chinese consulate in Houston, calling it part of a larger Chinese espionage and visa fraud mission. In retaliation, China closed the US consulate in Chengdu. US officials also said that the consulate was part of a fraud investigation with a Texas research institution. Since then, the already strained relationship between Xi Jinping and President Trump has only gotten worse. Some of Trump’s aides are now telling him to completely cut ties with the country due to their recent authoritarian actions. The US Secretary of State even said that the relationship between the US and China has been and will continue to be a relationship of distrust. This has led to rumors of banning Chinese apps and websites, especially TikTok, which has been blamed for privacy breaches. 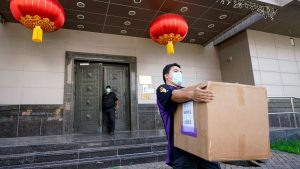 A FedEx worker removing items from the Chinese Consulate in Houston || cnn.com

As the world is trying to cope with COVID-19, many organizations have found creative ways to bring sports back to television. For example, the NBA created a bubble in ESPN’s Wide World of Sports, where 22 teams who have a chance of making the playoffs were invited to play 8 games and then the postseason. Soccer Leagues around the world are populating their stands with cutouts of fans, while the FOX network is planning to air MLB games with virtual fans.

The Hard Truth About Your New School

Back To School: A Stationery Review

Be the first to comment on "The Summer of Global Struggles"