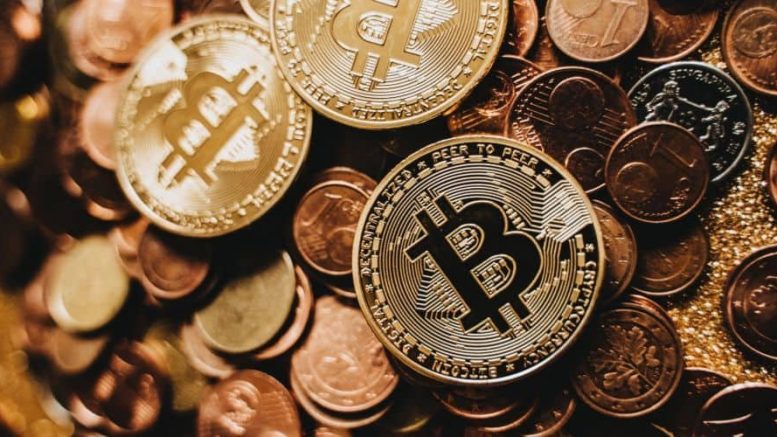 Due to the COVID-19 pandemic limiting in-person interactions, our lives are connected now more than ever through technology. As a result, developments in the digital world have been booming. And recently, cryptocurrencies and NFTs (Non-fungible tokens) have been in the spotlight. With how quickly these technologies rose to popularity, these developments might have escaped your grasp. So, here is a beginner’s guide of how cryptocurrencies and NFTs function and how they play a part in one another.

Cryptocurrency is a form of money that is bought and sold between network participants. Banks are not involved with the distribution of transfers and funds across the network of worldwide servers. Every transaction involving cryptocurrency is verified and recorded in code through blockchain technology — which acts as a decentralized, yet secure, online ledger. A blockchain is a ledger that consists of a sequence of blocks where transaction details are recorded once miners have verified them.

Early cryptocurrencies struggled to prevent users from double-spending. This issue arose due to cryptocurrency lacking a central server that keeps track of all user balances. To combat this complication, a public ledger was used. It records information, and it is available for the general public’s viewing as well as for the authentication of transactions. It maintains a record book of all the verified transactions between peers, the participants’ identities in secure and anonymous form, and their respective cryptocurrency balances.

Cryptocurrencies are used for selling and purchasing products. You can purchase Non-Fungible Tokens or NFTs with cryptocurrency. NFTs have been around since the mid-2010s, according to the New York Times. Non-fungible means non-exchangeable because they are unique and thus can not be replaced. An NFT can represent anything that exists digitally, such as music, art, a YouTube video, files, etc.

People can sell NFTs for astronomical prices. For example, Zoë Roth, known as the meme “Disaster Girl” (the little girl that smiles at the camera while a house burns in the background), sold her meme for $500,000 and was able to pay off her student debt. Additionally, Beeple’s work of art “Everydays: the First 5000 Days” was bought by Vignesh Sundaresan (or, his pseudonym MetaKovan) for 42,329 Ether (which is equal to 69,346,250 USD).

Although people can become wealthy by selling NFTs, there are some drawbacks. For example, with no central authority, it is nearly impossible to retrieve lost funds. If cryptocurrency is stored with a third party, and that third party gets hacked or goes out of business, or you send cryptocurrency to the wrong person, there is no legal authority that can assist you in recovering your money.

Another major downside is that there is no way to retrieve a lost password. For example, an individual lost his password and his cryptocurrency was worth $220 million. Also, the increased interest in digital money is also leading to an increase in fraud. According to the Federal Trade Commission (FTC), consumers have reportedly lost more than $80 million to cryptocurrency investment scams since October 2020. For example, in July 2021, a cryptocurrency token called Save the Kids was promoted by a now ex-member of FaZe Clan, a group of e-sporters, and three now-suspended FaZe Clan members. Save the Kids is not the only altcoin, or alternative cryptocurrency, that has been promoted by influencers. There are a slew of other altcoins such as DogeCoin, Ethereum Max, and SafeMoon. So, be cautious in listening to celebrities encouraging buying a cryptocurrency because it could turn out to be a scam.

Alongside harming some cryptocurrency users, the environment also suffers due to crypto mining’s high energy demands. Two prominent cryptocurrencies, Bitcoin and Ethereum, are infamous for their consumption of energy as well as carbon dioxide emissions. According to Digiconomist, Bitcoin emits 36.95 megatons of carbon dioxide every year, and it is estimated that Bitcoin alone could raise world temperatures by 35.6 degrees Fahrenheit in 30 years. Also according to the Digiconomist website, a single Ethereum transaction uses around 70.32 kWh which is enough to power a single American family for 2.5 days.

Something to keep in mind is that not all cryptocurrencies require the same amount of energy, and all cryptocurrencies may not be bad for the planet. For example, SolarCoin could benefit the environment by rewarding investments in solar energy. Purchasing SolarCoin generates solar power because each SolarCoin bought results in one megawatt hour of verified solar power production. Additionally, roughly 65 percent of cryptocurrency Bitcoin mining occurs in China, where electricity is cheaper. Moreover, in 2017, most of China’s Bitcoin mining took place in Sichuan where 90 percent of energy was derived from renewable resources.

7 Apps That Will Free You From the IMSA Bubble