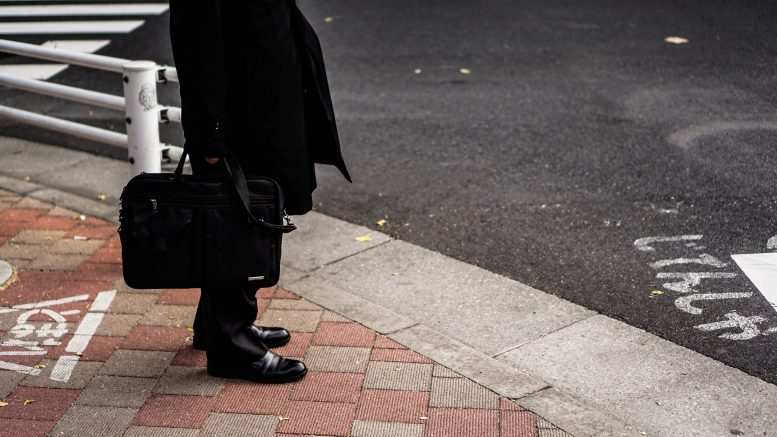 A salaryman stands waiting at a crosswalk in Japan | Source: Fikri Rasyid (Unsplash)

Hard work is a good thing, and being “hardworking” is a virtuous trait. Despite differences in cultures, traditions, and values across the world, the concept of one admirably pushing past their limits to achieve their goals is universal. But how much pushing is too much? At what point does encouraging a self-sacrificing attitude in others become more detrimental to both individuals and the community?

This idea can be explored through examining the work environment of some East Asian countries, where the influence of certain philosophies has created a distinct culture that has incited conversations around better ways to ensure productivity without putting the health of workers at risk.

Some scholars claim the fast-paced Asian work environment finds its roots in Confucianism. The age-old Chinese philosophy promotes the mentality of prioritizing the community over the individual, the concept of separate, clearly defined hierarchical boundaries, as well as social harmony and loyalty to superiors. Much of this mentality can still be seen as a large influence today within the workplace, as the hierarchy in Chinese, Japanese, and Korean work environments values subordination and respect. Japan’s work culture has similar influences to Chinese Confucianism, where Shintoism and Buddhism have deeply embedded the idea of “seimeishin” (清明心), or altruism, and practices such as lifelong employment or promotions based on seniority or experience.

Day to day life, such a culture may only create minor annoyances or inconveniences at best, but in the long term, it can impair efficiency, productivity, and communication. More significantly, there is an extreme detriment to employees’ physical and mental health under traditions of unchallenged senior authority and a cutthroat environment that depends on pure hard work for survival.

One reason for what has been dubbed as “modern-type depression” by neuropsychiatry professor Takahiro Kato of Kyushu University in Japan is the inability of workers to say no. The name comes from the difference between the traditional personality profiles and those with depression in the older generations — the younger patients “didn’t try to maintain harmony at the expense of themselves, and they had less loyalty to social structures,” avoiding responsibility and finding fault in external causes for their struggles. Instead, “yes men” find themselves taking on increasing loads of work at either the behest of coworkers or managers, unable to maintain boundaries necessary for personal health. However, they remain indignant and silently frustrated, building pent-up, unvoiced resentment, until they slowly sink into depression when even daily life becomes burdensome.

These are by no means isolated cases. Between 2011 and 2020, there was a recorded total of 21,724 suicides related to overwork in Japan, an average of 2,172 per year. The Japanese term for death by overwork, “karoshi” (過労死), cites several factors such as the aforementioned inability to be assertive as well as physical pressure and other forms of mental stress. Besides suicides, there may also be cases of karoshi as a result of physical health complications, such as the case of Miwa Sado in 2013 who died of heart failure after 159 hours of overtime work and only two days off throughout.

Meanwhile, there is a well-known “996” work schedule pushed in China that mandates work hours from 9 am to 9 pm, six days a week, leaving virtually no time for breaks. This kind of corporate schedule has been heralded by successful entrepreneurs and business owners, notably Jack Ma, the founder of Alibaba, who believes the present success of his company depended greatly on such a culture. He was quoted claiming, “How do you achieve the success you want without paying extra effort and time?” Especially in China’s technology sector, most employees are expected to clock in long, unpaid hours to show commitment and loyalty to the company and for better chances of higher pay and promotion. The company facilities often feature nap rooms, gyms, and laundry services to absolve reasons they would otherwise leave work for.

Working “996” is seen by most as the necessary means to keep up with overseas economic rivals — working overtime to get ahead of the competition. But besides the grueling hours, employees may at times be subject to humiliation or bizarre punishments in return for underperforming. Employees have even been fired for minor “offenses” such as missing work for attending to a friend at the hospital. Such a strict policy forces workers to either endure punishing work expectations or risk unemployment. As a result, deaths from overwork and suicide have been recorded as recently as December 29, 2020 from the e-commerce company Pinduoduo. Less than two weeks later, another employee resigned, later committing suicide.

While there are labor laws and paid leave in place to restrict such exploitative practices, without strict enforcement, these regulations do little to improve working conditions. Poorly enforced labor laws leave room for multiple loopholes or legal workarounds. Moreover, especially in Japan, employees usually take up to only half as much paid leave as they are allowed due to pressure from coworkers and managers. The feeling of guilt and judgment by others for being “the only one taking leave” as well as peer evaluation usually has detrimental effects on one’s reputation and standing within the workplace. As a result, workers force themselves to come to work even while sick or injured.

Despite this culture being deeply ingrained into the Asian workplace and therefore extremely difficult to uproot, there are efforts to change the current business practices.

Millennials in China have recently been joining what is known as the “lying flat movement” (躺平主义), either by not showing up to work, working extremely slowly, or taking long bathroom breaks during which they play games on their phone or read novels. By participating in these types of strikes, the younger generation is protesting the exploitative work week and intense “rat race” that involves continuously competing for the rest of their lives against others for a chance of social status and financial stability. While some may be willing to exert the effort required to excel in school and the workplace in return for a high-end lifestyle, others see no point in expending their time and health (both mental and physical) just for a chance that may still be out of reach. As an expression of this rejection of the “rat race,” some take “lying flat” to the extreme, quitting their office jobs for some low-paying, part-time positions every once in a while just to get by. Others still work at least four to five hours, enough to sustain themselves but not to the point of overwork. In simpler terms, “lying flat” involves not just learning work-life balance, but also working (or not) to live.

Meanwhile, Korean millennials are similarly beginning to shift the tide of competitive workplace culture. Absolute obedience to higher-ups and consistently excelling in work did not always guarantee a promotion, but it was still expected of all employees, thus leading to high expectations with little compensation. The trend of distancing oneself from work is appearing more commonly among those in their 20s, such as not attending social gatherings with coworkers or otherwise spending personal time on work-related pursuits. The results of a survey done by Saramin, a Korean online recruiting company similar to LinkedIn, revealed that 44 percent of respondents were “voluntary outsiders” who actively minimized unnecessary social interactions during and outside of work to make more time for themselves. Most notably, 50 percent of these outsiders were in their 30s, 44 percent were in their 20s, and only 29 percent of those 50 or above were part of such a group. Despite noting many missed opportunities and disadvantages at work, 90 percent said that they would remain as outsiders, firmly standing against pressure to constantly exert themselves.

Younger Japanese workers are also less likely to accept longer working hours with little holiday leave. According to Akina Murai, the head of PR for Expedia in Japan, 62 percent of Japanese workers aged 18 to 34 feel deprived of vacation, as compared to only 40 percent of those aged 50 and over. Organizations such as Work Life Balance, a Tokyo-based consultancy firm with the objective of helping companies improve their leniency for employees’ work-life balance, also contribute to this changing culture. Work Life Balance has consulted companies and organizations across the country to provide educational videos and activities to spark more communication and interdependence between coworkers to alleviate the pressure of working overtime, leading to more employees taking holiday leave. As a result, by creating a more comfortable environment for open discussion and collaboration, the stifling tradition of unquestioning obedience is being pushed aside to create room for innovation and healthier practices.

As the older generation begins to retire and the new generations come to replace them, the culture of work will continue to shift in a novel direction. Seeing others suffer a fate they want to avoid, many are giving up the privileges of higher compensation and luxury to live a more relaxed life with time to spend for themselves. Traditional companies may even come to adjust their own policies to better suit the future, but continuous protesting and rejection of the status quo are necessary for concrete change to come to the lifestyle of most office workers in East Asia.

Getting a Job as an IMSA Student: an Interview with Natalie Sanchez (’20)