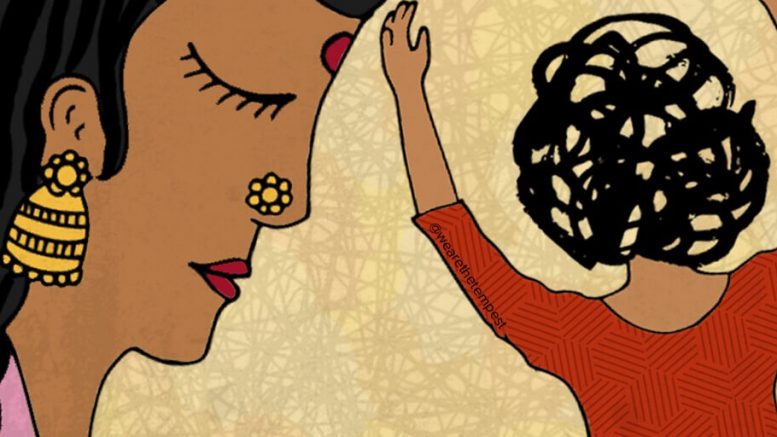 Students of Indian heritage battle expectations and stereotyping both at IMSA and back home | Source: The Tempest

Indian Student Association, commonly known as ISA, is an IMSA culture club that facilitates conversations and celebrations of Indian culture. ISA holds many events throughout the year, including their culture show: Diwali. Held in mid-November, Diwali consists of a variety of student-led dances and performances, meant to showcase the IMSA student’s love and pride for Indian culture. Diwali is the first culture show of the year, setting a high bar for other shows to follow.

According to Kapadia, “Tradition is really ingrained in this culture”. Generations of Indian people have passed down wisdom down the family tree, leading to a strong influence from traditional thought. As a result, negative aspects can arise, most notably the judgment of looks and body weight by family members. “A lot of times you hear about judgmental South Asian aunties. They gossip a lot. They comment a lot about your weight… There’s never something that they’re okay with”. Kapadia explains that heavy body shaming in culture can lead to mental health issues, relating to self-image and confidence.

Additionally, within South Asian culture, colorism persists. Colorism, according to Merriam-Webster, is “prejudice or discrimination especially within a racial or ethnic group favoring people with lighter skin over those with darker skin”. Kapadia explains, “So my family doesn’t really [care], but I know there are so many families that do care and it does become a problem. They [Indian people with darker skin] can be kind of shunned a little bit, because they have darker skin. They don’t have to get equal treatment, especially back home, in India.”

Sexism / Preference of Males over Females

Sexism is a serious issue in Indian culture, according to Kapadia, especially towards female-identifying individuals. “Girls are way more abused,” states Kapadia. “There’s just a lot of things that happen where you can clearly see how the guys [are] favor[ed] and girls have less opportunities. They’re stuck to just one thing”. In Indian culture, Kapadia feels that girls are looked down upon and are forced to stick to traditional roles. In many households, “[they’re] required to do housework and clean and cook and provide for the child, but not do any actual work on the outside. And if they do do it, they shouldn’t be like the main source of income.”

Additionally, gender roles can be problematic within arranged marriages, according to Kapadia. “The guys [are] held to a higher pedestal than a girl. It’s always the girl that’s trying to match the guy’s level instead of it just being an equal thing.” Women are expected to be submissive partners, resting under their husbands’ shadows.

However, Kapadia states that this cultural sexism has been growing less problematic throughout generations. “I feel like it [sexism] has gotten better and people are more open, especially as more women are getting educated”. Kapadia explains that the culture is now more readily pushing women to get educated and to have high-paying jobs that are typically held by their male counterparts. Women are encouraged to pursue STEM-related fields and some are even being incentivized into striving for careers.

Outside of their communities, Indian-American IMSA students may face racial-based discrimination. Kapadia states that “appropriation is a big thing”. Appropriation occurs when a person, typically outside of the designated identity, will use a culturally-significant item “without authority or right”. For example, the bindi, which represents the third eye and is a source of power, “ [is] seen as a fashion statement for a lot of other people”. Other people may also wear Indian head jewelry, without understanding its significance.

Members of the Indian community often face unjust stereotyping. According to Kapadia, many think Indian people are gross. “They eat with their hands, which is not clean,” is a common accusation. Others have mocked Indian individuals for their food, as it may smell or look different than what is thought of as typical American food. Additionally, Kapadia noticed the stereotype “that all Indians are good at math and can do IT support”. People will mock an Indian person’s accent or subject them to harmful stereotyping, leading to detrimental effects on mental health.

Reaching Out for Help

Finally, when asked about whether the Indian community supports seeking mental health assistance, Kapadia stated, “A lot of times, South Asian families don’t think mental health is a real problem”. For example, they believe that mental health is “not a real illness or a sickness. It’s just like, drink more water, get off your phone, go for a walk, eat some fruit”. Often, those who grew up in the Indian community were told to push down their problems, so they use the same technique when combating someone else’s issues. Everyone wants to put on a “perfect facade” when, in reality, that’s not the case.

Be the first to comment on "ISA Mental Health Interview"