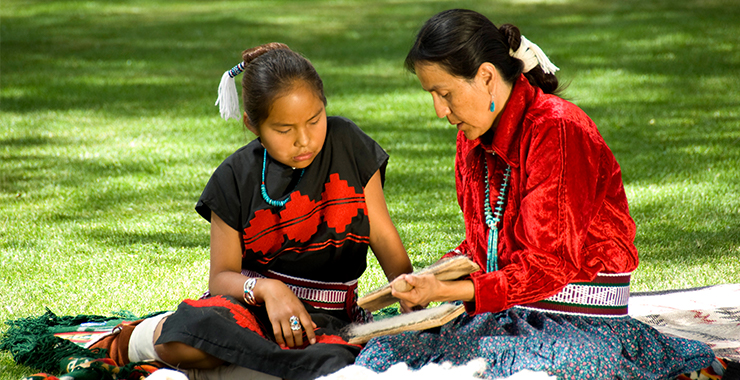 The Native community, in general, has many lasting mental health struggles due to generational trauma. Due to the genocide attempted against Natives, much of Native culture has been lost, which, of course, impacts the daily mental health struggles of the Native community. Issues impacting Native people include the fact that only 372,000 Natives (0.1% of America’s population) speak their Native language, in the past few months thousands of unmarked graves have been found from the residential schools Native children were forced to go to, and many live on reservations.

One the most extreme problems for the Native community is the Missing and Murdered Indigenous Women Epidemic (MMIW). 84% of Indigenous woman have faced violence, Native woman face murder rates 10 times the National average, 54% of Native women have been sexually assaulted. In 2016, 5,712 known sexual assault, kidnapping, and murder cases were reported. Only 116 were logged in the Department of Justice Database, and many cases of sexual assault, kidnapping and murder are never reported. MMIW is an issue that is not very well known about, and one that is not often discussed.

People don’t typically realize that there are Native students at school, and I’ve heard people say things they probably wouldn’t have if they knew I was Native. I’ve heard people use slurs, and attribute to stereotypes about Natives, Natives and nature, sort of make fun of the Native community, etc.

IMSA, however, has helped to support a more positive community for Native American students. The school, for example,  has created spaces for students to make clubs and address issues their communities face. In addition, it may be beneficial to implement more education about the issues that face Native people and these stereotypes.

I believe that there’s always a stigma about reaching out for help, and I think there might be more, specifically for Native people. This could be addressed if Native people actually had the resources to know more about mental health, and better places to reach out for help.

Knowing that you are part of an often forgotten culture can be upsetting. Not only are there these issues, but there is an underrepresentation of Natives in almost every field. All of these things combined, along with regular stress in school, can take a toll on mental health.

The Shocking Revelations from Meghan and Harry’s Oprah Interview

Be the first to comment on "NASS Mental Health Interview"