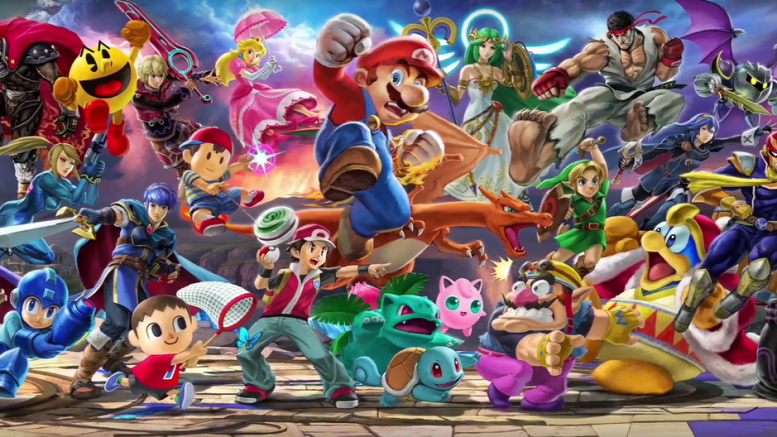 There’s a new co-curricular on the block — Esports! Making its in-person debut with a brand-new coach, Esports came to IMSA for its second year as a co-curricular in Fall 2021.

The teams’ coach is Meghan Kernats, who “started working at IMSA in June and accepted the title of head coach in August.” This fall, she oversaw four Esports teams: one League of Legends team, one Splatoon team, and two Super Smash Brothers teams.

“League of Legends,” according to team captain Jamie Im (‘22), “is a 5v5 MOBA game that focuses heavily on teamwork through roles such as top, jungle, mid, bot, and support. Played on a 2.5D map, Summoner’s Rift, League of Legends has over 117 million monthly players and has an extremely popular professional scene.”

Splatoon by Nintendo is a 4v4 game with a third-person view of squid-like characters called Inklings. The goal of the game is to gain as much team turf as possible by inking land, meanwhile blasting opponents, hiding from enemies, and refilling ink tanks.

Super Smash Brothers Ultimate, according to the Red (Senior) Team captain, Karrick McGinty (‘22), “is a 2 dimensional fighting platformer made by Nintendo. Your goal is to launch the opponent off the screen to KO them. You hit your opponent in order to build up damage. The higher damage your opponent is, the further they get launched by each attack.” Moreover, Renaldo Venegas (‘23), the Blue (Junior) Smash Team captain, says the game has “a lot of characters, which is the main draw of the game.”

Before the season began, Coach Kernats held tryouts to select players for these four teams. There were “around 40 students… interested and ready to compete in the different titles.” However, the tryouts did not go as smoothly as hoped. Coach Kernats described that “All tryouts had to take place online due to COVID restrictions and we encountered many issues with the WiFi,” causing some team tryouts to last several hours or even days. “Despite all this,” Coach Kernats said, “the students remained interested and passionate about Esports. I’m very grateful for this and I’ve made adjustments so that hopefully tryouts can run more smoothly in the future.”

Once teams were determined, each team also designated team captains. “Team captains,” Coach Kernats said, “are students recognized and selected by their teammates for good communication and strong game knowledge. A team captain’s main responsibility is maintaining contact with the opposing teams,” as well as leading the team in the absence of the coach. Further, Rachel Selvaraj (‘22), captain of the Splatoon team, stated that, “As a team captain, I reach out with other competing schools and schedule practice scrimmages as one of the best ways to practice is to play against other teams much like traditional sports.”

By the end of the fall season, all four Esports teams saw great success, with each of them qualifying for the playoffs. Rachel Selvaraj shared that “Making it to the playoffs was fun. We normally practice for two hours every week and then have matches once a week, but ever since we qualified for the playoffs, we began practicing twice as much.”

In the end, the League of Legends team ranked #10 out of 86 teams, Splatoon ranked #5 out of 53 teams, Smash Red (Senior team) ranked #3 out of 80 teams, and Smash Blue (Junior team) ranked #6 out of 80 teams. The Red (Senior) Smash Team captain, Karrick McGinty, was also proud of his team for placing “1st in the regular season in the Midwest PlayVs tournament.” Further, Coach Kernats shared that “League players Thomas Johnson (‘22) and Jamie Im (‘22) were ranked #1 for team performance according to PlayVs statistic trackers.”

Not only were the teams’ numbers favorable, but the players reaped many benefits of participating in Esports. Due to their online nature, Esports provide a unique opportunity to connect a wide variety of people together. Coach Kernats said that “the strongest aspect of Esports is how easy it is to connect to others who share your goals and interests. The players utilize tools like Discord to find tough opponents to practice with, recruiters set up online tournaments to look for potential talent for their future college teams, and even coaches from high schools across the nation get together and share strategies, resources, and set up practices with teams close to their students’ skill level.” Further, Jamie Im shared that he enjoys Esports’ “ability to bring a community together. During matches, many people can type in the chat for our Twitch stream and encourage students who play games but are not very involved to become more engaged with others who share the same interests.”

Esports also provides players opportunities to develop on a personal and team level. “I love Esports,” said Renaldo Venegas, “because it allows me to represent IMSA through a game I love.  Karrick McGinty shared, “I love the competitive spirit of it and how everyone is trying their best to become the best player they can.  Seeing myself improve at something I worked hard at is very rewarding to me. I have been going to Esports tournaments long before it became a school-sponsored activity and I’m so happy that I now get to do it with my school!”

Another unique benefit of Esports is that “it allows people to compete on an equal floor regardless of gender, and engages people [who] are neurodivergent… in a team oriented sport in a way that might not have been accessible to them in the past,” said Coach Kernats. Similarly, Rachel Selvaraj said, “Esports can be much more inclusive than most other traditional sports since everyone competes equally and there is no gender division [barring] anyone to play.”

“The highlight of being an Esports coach,” Kernats shared, “is absolutely the students. Watching teams grow and strive in a competition and knowing I had played a role in giving these kids an experience that was not available when I was a high schooler is what motivates me to bring my best foot forward for IMSA.”

Moving forward, Coach Kernats has new ambitions for IMSA’s Esports teams. She said, “In the spring we are… going to be building a Rocket League team for sure, and there is a possibility that we will be able to branch into Valorant as well… And of course our skilled League of Legends and Smash teams will be making a return as well.” In fall 2022, Coach Kernats shared that IMSA’s Esports teams will be switching from PlayVs to an IHSEA league to gain a variety of benefits. One such advantage is that “official matches will begin at 5 pm instead of 4 pm.” This will greatly benefit the players, as Renaldo Venegas described that his team “had weekly matches on Wednesdays at 4:00PM. Being an I-day, there were many cases where my team members couldn’t make it due to scheduling conflicts. We ended up losing a match once because of this, when one of our players could not make it to the match.” The switch in leagues and subsequent time switch will also ensure “that teams will get the full attention they deserve” by allowing more spectators to watch the teams’ games. Coach Kernat’s “home setup allows [her] to stream most of the teams’ official league matches for anyone to watch on Twitch” so that students and staff members can enjoy IMSA’s Esports teams’ games.

Whether you love to play video games or just want to watch, IMSA’s Esports teams offer great opportunities to become engaged in the growing Esports community. Jamie Im shared that he “would like to encourage anyone reading to try out for the Esports team at IMSA if they play any of the sponsored games. The time commitment is pretty low and Esports will provide a unique and fun experience within your high school career!” If you are not a gamer but would prefer to cheer on your peers instead, be sure to wish players Christian Delgado (‘23), Karrick McGinty (‘22), Jacobe Richard (‘22), Zander Tamez (‘23), and Renaldo Venegas (‘23) good luck as they compete at the IHSEA Esports State tournament! This will be their first offline, in-person tournament in Naperville on January 22nd and February 19th, competing against 270 participants from more than 50 schools across the state.

Be the first to comment on "New Co-Curricular on the Block: IMSA’s Esports Teams Fall 2021"